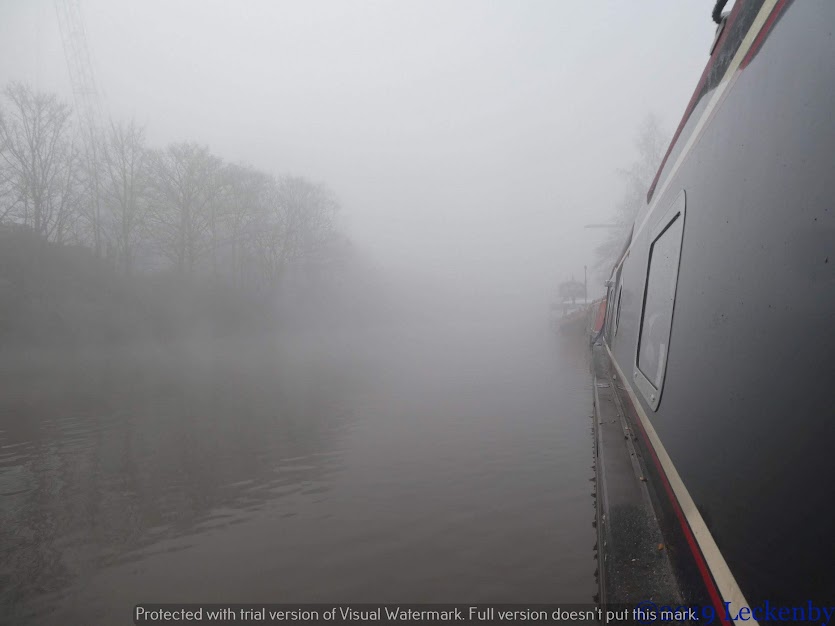 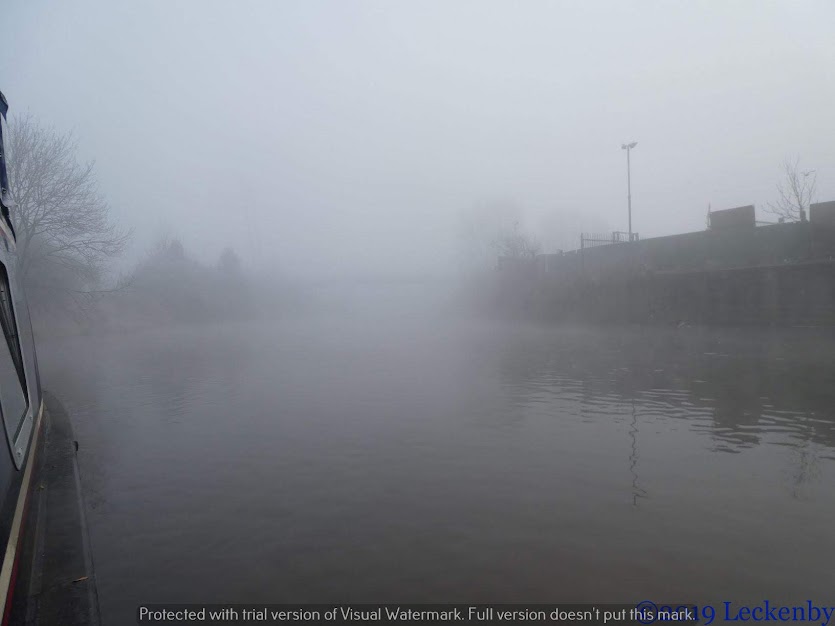 Outside has been STOLEN!

Yesterday there was lots to look at, this morning just a load of whiteness. Were Tom and Her moving it whilst still being in bed? It’s cleaver if they were. What I could see was going sideways. First it went that way, then that way! She said it was fog that was going that way and it was all getting stuck at Nether Lock so backing it’s way up towards us, then when it was full down there it came back and got stuck at Town Lock instead. 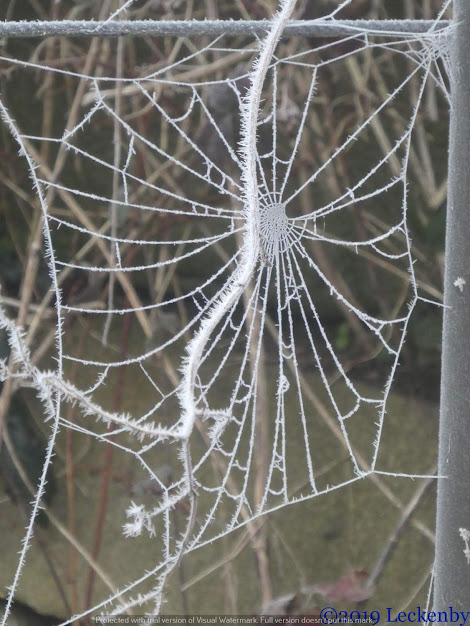 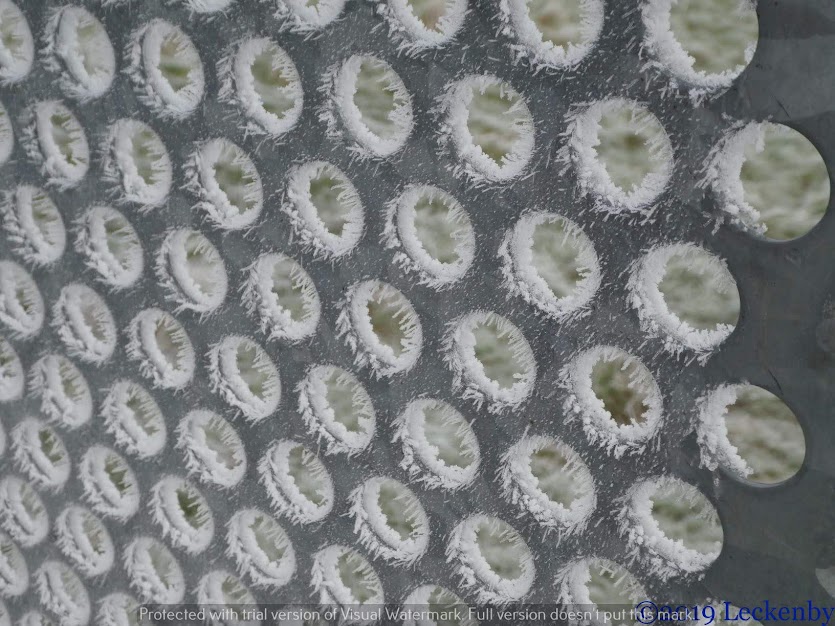 The few things that remained of outside were all spiky and white. They said it would be cold in this outside and I wouldn’t like it, well sure I wouldn’t because it wasn’t there! 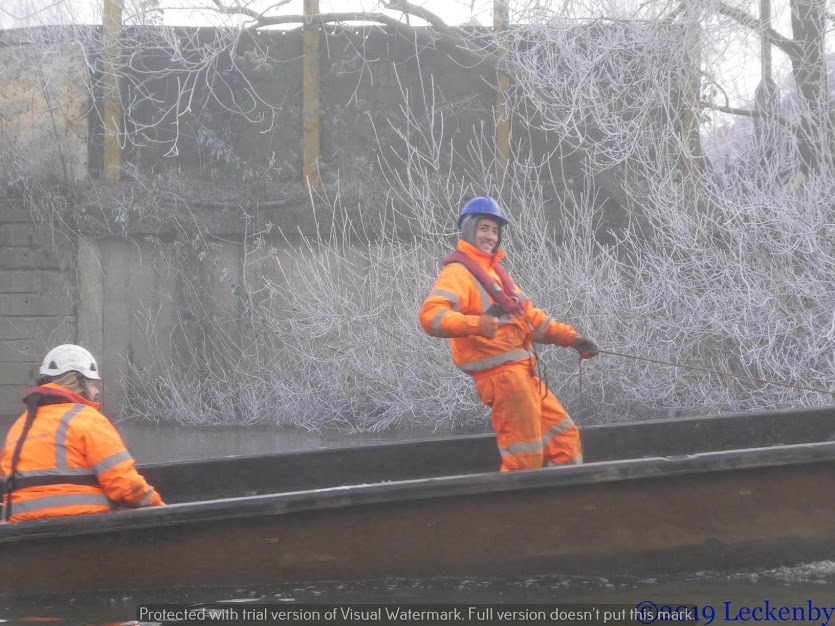 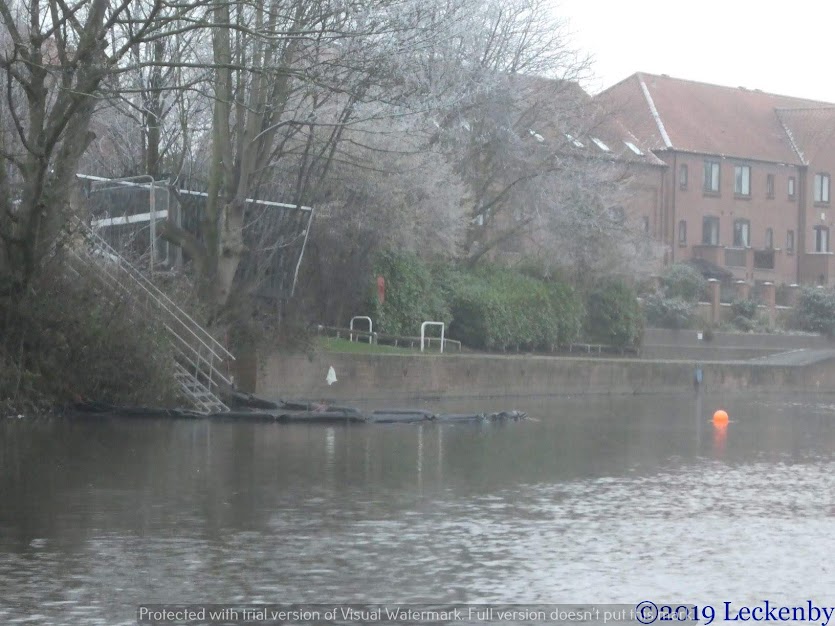 Then the mystery was solved. Two orange men were pulling the outside back and forth from their boat. They were building a dam around some steps, later on they made sure everyone would notice their hard work by marking it with a very orange ball. Sadly it’s a bit too far away to play paw ball with. 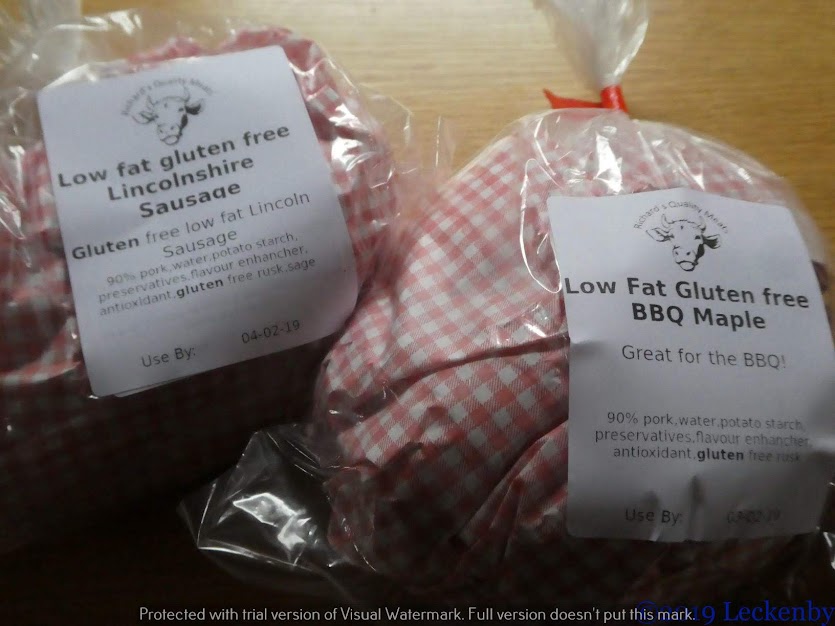 Tom and Her wet shopping, again! They bought a box of something to go on the windows, some blue stuff to wipe on the outside (of Oleanna), two sorts of sausages (if they taste good then the freezer will be emptied before we reach Newark next time), a pork pie (Tom will turn into one soon!), then lots of foody stuff that wasn’t for me.

The outside gradually came back during the day. They don’t think it’s safe for me here with the wobbly floor outside. I can see plenty of friendly cover and it’s only a jump away, but still they won’t let me out.

This afternoon Toms phone rang and it was a man who’s almost in Yorkshire, that is the outside where I’ll be allowed shore leave again. Apparently Yorkshire is frozen, iced up. They can still move to Yorkshire but once out of the lock the outside is solid, so we might be stuck in nearly Yorkshire unless there is a thaw. Different days and times were discussed. There will be a boat with a big claw there on Monday having a dig about, so we might have to wait for them to move before we can use the lock. They have thought about it and are still aiming to move the outside as originally planned. Tom says thank you Paul for the sandbar information. 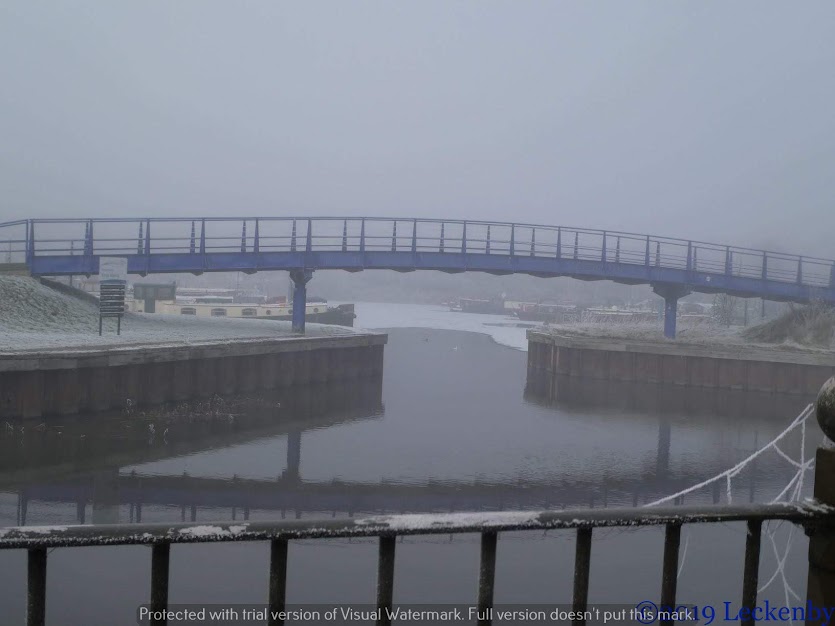 Today they had thought about filling with diesel, but when they went shopping the marina was frozen. Tom said it was a good job we’d not moored there. So we have stayed put and hope it won’t be frozen in the morning, we have enough smelly stuff to get us to Yorkshire outside, Tom just would rather the tank was full in the cold. 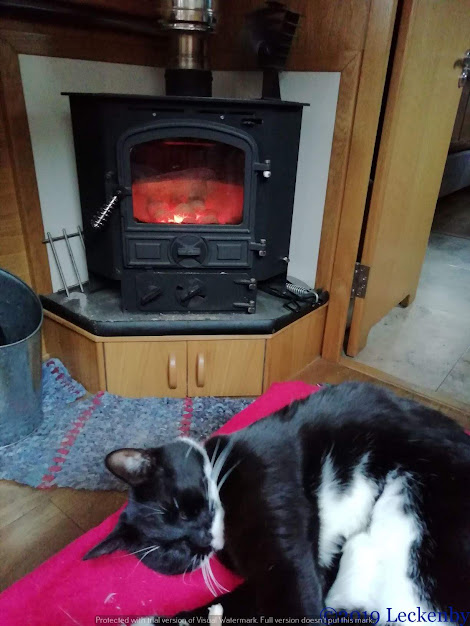 So life is boring on Oleanna. She sat and knitted whilst I kept her lap warm in front of the stove. We played I spy, but apparently I’m no good at it, all my answers started with M which wasn’t right. Tom went out and bought some bits of trees, they aren’t any good for climbing and keep threatening to fall over next to my scratch post. I don’t see the point of them. Later on Tom got to try on his face cover that she’s been knitting, it looks very strange. She says she’s not sure there’s enough time to make one for herself, but mine won’t take long. I don’t want one, Tom’s ears disappeared in his and I can’t do without my ears!

1 thought on “Outside Stolen. 31st January”