A warm sunny day. Time to give some attention to the rust spots I’d treated and primed on the grabrail back in June! After masking off around each area I gave them all a sand, cleaned them off and applied some undercoat. Luckily there were no passing dogs so Tilly didn’t feel the need to jump onto the roof. Tell tale pawprints suggest that she normally makes this leap where the biggest area of touching up is needed.

Only about four boats came past us during the day. Even though we are a mile away from Watford Locks we could tell when they were being filled as Oleanna would list and the kitchen drawers slid open.

After lunch and with Tilly coming in for an afternoon snooze we took the opportunity to walk down to the locks to gongoozle. With a tuperware in hand we hoped that today we’d be lucky and be able to pick enough berries for pudding. But someone must keep the blackberries in hand along here, we only managed to pick eight today! 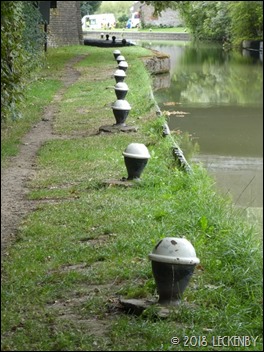 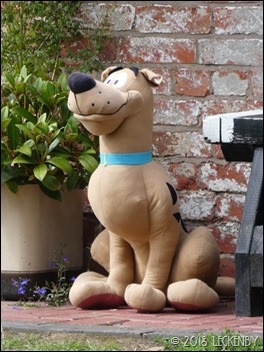 Scooby Doo was guarding the Lock Keepers hut as the chaps seemed to be out on the flight. Two men in blue were walking down with saws in hand to give one of the lock gates a bit of attention. The hazard tape we’d spotted yesterday was gone. 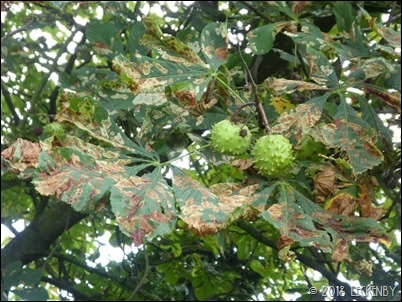 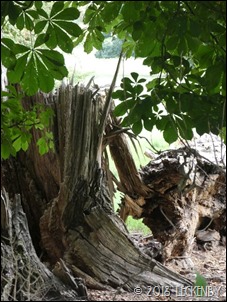 The last boat through had been going down hill as all the chambers on the flight were empty. We paused on our saunter to chat with the Lockies. They agreed that today it was very quiet, it must be nearing the end of the season. With the early closing of the flight at the moment they occasionally have queueing boats that end up having an overnight wait. I think the chap said that last Saturday they had been so busy all day, when they locked the flight up they still had four at the top and seven at the bottom waiting to go through the flight. Sunday morning they started by letting boats down, much to the consternation of those waiting to come up. But bringing boats down the flight helps to restore the levels between the locks. We walked to the very bottom where a couple of boats were moored, but no sign of anyone coming up. There is a planning application notice pinned to a post here. C&RT are wanting to extend the lock ladders, put in new gates and replace the steel beams with green oak ones. As the locks are listed planning approval is needed. I wonder if these works are planned for this winter when they close the flight in November? 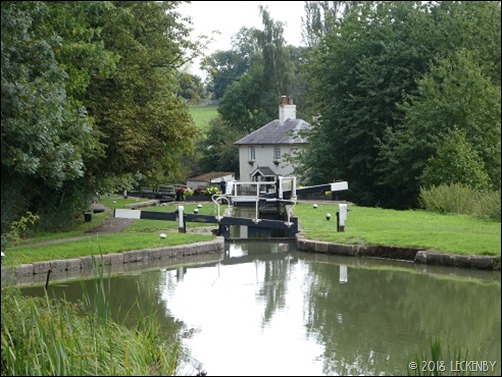 On our way back up we chatted with the owners of NB Hollie (moored at Overwater on the Shroppie), a jolly couple married 49 years who had also come to gongoozle with no luck. Then a lady appeared with a windlass in hand, we were going to see some action after all. She walked up to check in with the Lockies who were having a tea break at the top with Scooby Doo. They were given the go ahead to start their way up. We made use of the time they took to reach the staircase by walking around the side ponds, getting different views of the locks to normal, but still not finding any blackberries. 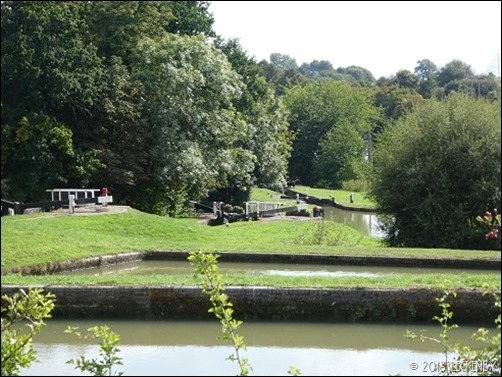 Working your way through locks there is always time to have a chat with those around you. I was a little surprised though that nobody was actually keeping an eye on the boat as it rose up in the chambers, all those on the lock side faced away from the boat. As soon as he could the chap at the helm would step off the back and have a wander around, don’t blame him it’s an interesting place. Watford Locks are not troublesome, we’ve never had a problem there, but this is when you become complacent about things and then something goes wrong. Maybe they had all thought that we , the gongoozlers, would alert them to anything going wrong. They would have been right, we would have as we were watching their boat. 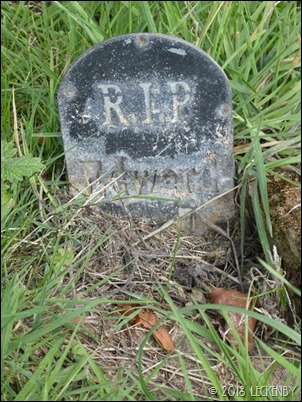 Alongside the locks along with the well tended flower pots and herb garden we spotted a small headstone, “RIP Edward”. I’ve tried to hunt round on the internet for information but found none. We assume it is for a dog as it was so small, but if anyone knows different please let me know. On my hunt round I did find an interesting site with history on the locks and the lock keepers, it’s an interesting read.

As the boat reached the top chamber of the staircase we decided to head back to Oleanna, pausing to pick some tarragon from the herb garden to go with our chicken tonight. Still no berries on the way home, so only a few to add to cereal in the morning.

The boat caught us up just as we returned to Oleanna, slowing for a boat coming towards them. As I sanded back the undercoat from this morning and applied a second coat boats just kept coming. This was the 4pm rush hour to reach the locks before they closed. Just about all were private boats, most probably making an early start for the weekend having left one of the marinas nearby. In an hour there were at least eight went past, the Lockies would now be busy. A few stopped and moored up nearby as Tilly reached the highest heights of the nearest trees. 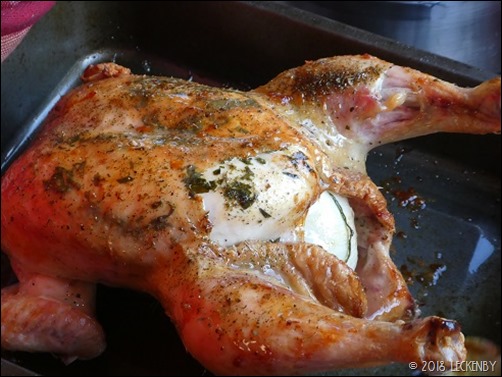 Maybe we should have had a barbecue this evening, as it had been such a lovely day, but as soon as the sun dipped below the hill and the M1 a chill breeze came through the boat. With the conkers ready in the trees for returning school children to collect, autumn is on the doorstep. Our roast chicken with the tarragon under the skin was very very tasty, we’ll be having plenty more as the nights draw in and the temperatures drop.