What to do with a day off? Go boating. Tilly however was allowed to dictate our departure and was let out as we had breakfast. She was told she had a couple of hours and returned only ten minutes late. We then got ourselves ready to move. 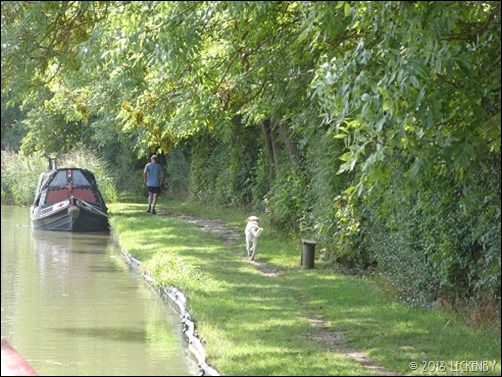 We passed my office bench from yesterday as we pulled away and pootled our way towards the bridge in Crick. As we pulled up one of the hooks we use to hang our fenders from the grab rail broke and the rope fender dropped below the surface. Mick tried his best with a boat hook, but had no luck in finding it.

Our supplies were running low so a shopping trip was needed. The Co-op supplied us with suitable groceries including a roast for tomorrow. How I’ve longed for a roast for months, but the heat hasn’t been suitable to have the oven on for long. Now with the cooler evenings it feels right again, just a shame there were no parsnips available (best to wait for the first frost anyway). We also called in at the Post Office to check another order of wool hadn’t arrived, they now know us by sight and the lady almost went to check before we said anything.

After lunch we pushed off to go to the water point. But very quickly we realised where our rope fender was! Around our prop! At least we knew what it was and that it was our prop not someone else’s. Oleanna was still steerable in forwards, reverse was very noisy. So we decided to carry on to the water point to sort it out, only to meet another boat in the bridge hole. We managed to avoid them without having to use reverse and pulled up at the services. Water filling, yellow water emptied, rubbish disposed of before Mick opened up the weedhatch. There was the offending fender still attached to the broken fender hook. 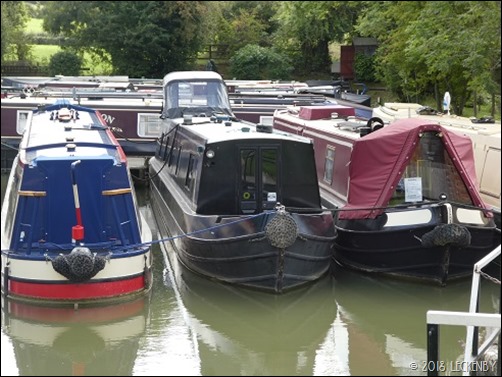 Before we headed off again we said hello to NB Blackbird, looking all smart in the pool in front of the ABNB office. Her details went on line this week and the photos look very smart. Link to her details here. 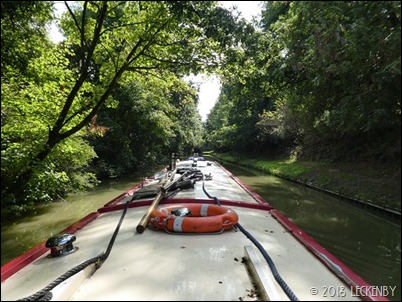 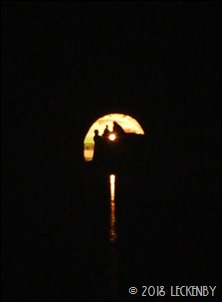 With waterproof coats and life jackets donned we made our way through the tunnel passing one boat who must have entered at a similar time to us as we met at the halfway mark. Tilly had been warned that the outside lights would be going off, but she made such a noise shouting at the backdoors. Maybe we might have to get a plug in Feliway that we can turn on on days we’re going to do any tunnels and see if that calms her down any. She sat by the back doors shouting for sometime after the lights had gone back on again. 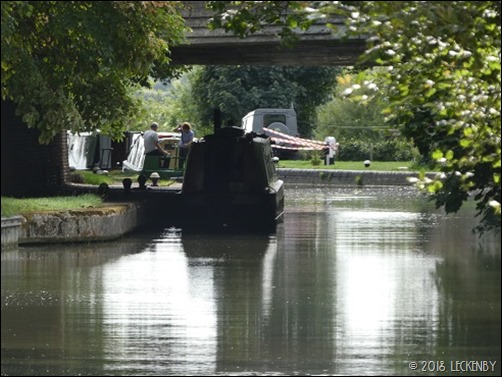 We pootled our way towards Watford, but didn’t join the three boats waiting to go down. Hazard tape seems to be zigzagging it’s way on the off side by the top lock, it looked more than just a paddle out of action. We winded in sight of the M1 and returned half a mile to moor up with views of the sheep across the cut and just out of ear shot of the motorway.

Tilly and I decided to go Blackberry picking. There’d not been sign of many towards the locks so we walked back towards Crick. There were crabapples but very few blackberries. I should have had a look at Cracks Hill this morning before we left as according to Jaq on NB Valerie she and Les once picked 14 pounds there. I didn’t want quite that many, enough to make a crumble would do. 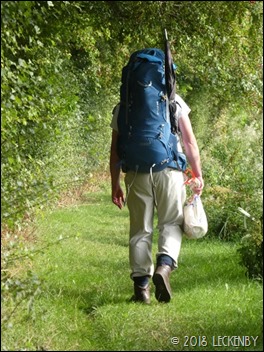 We walked further and further along the towpath until a chap with a big rucksack came towards us. I thought Tilly would just bob into the sideways trees until he’d passed, but no. This man was now between me and her. He had a funny looking back I didn’t like the look of it. He would stop walking, wouldn’t he! No. He kept coming, slowly, so I kept walking away. The poor chap didn’t want to scare her and was worried she’d get lost. I reassured him that she was just making her way back home, so I followed all the way back to the boat where she hopped into the hedge. 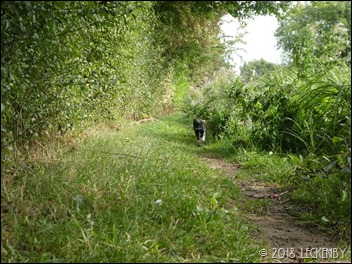 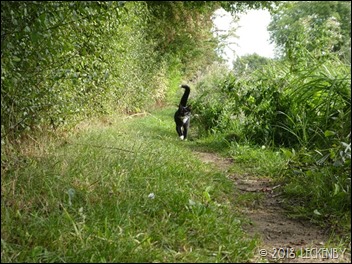 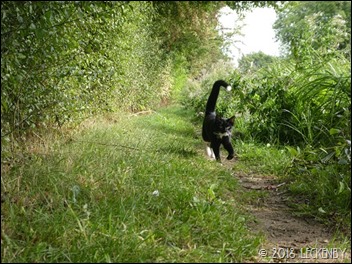 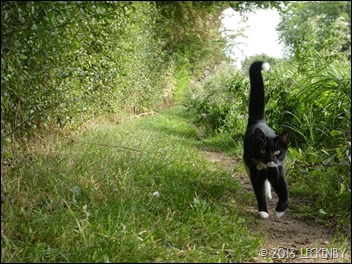 We managed to retrace our steps a little later, only to find a handful of berries.