Welford Junction
Boats have come, boats have gone, but we have stayed put. Here is a good place for Tilly to keep out of mischief inside and make plenty of it out on the towpath. This means that in the most part I can get on with my work. 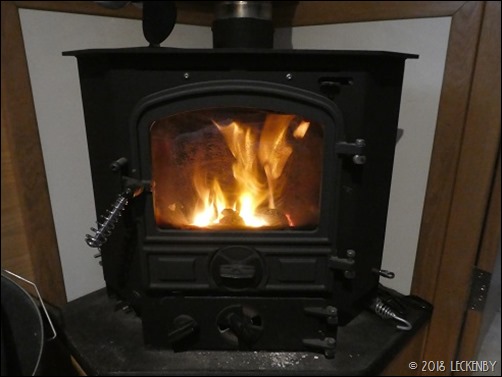 On Friday the chap behind us was slow to get started with his gunnels, it was after midday when I could hear him starting to sand them down. But this didn’t last long and an hour later he was untying and pushing off returning to his home mooring. His heart obviously wasn’t into it and the weather forecast for over the weekend wasn’t really conducive to paint drying. By the evening the temperature outside had dropped and we were feeling quite chilly, so there was only one thing for it but to light the stove. We think this is the first time we’ve done this in August, but it was definitely needed. Once the vents on the stove had remembered that they maybe should move to control the air flow the boat warmed up a treat and we had a cosy evening.

By Saturday my legs were in need of a good stretch. Sitting at our dinette table for days on end seems to encourage my knees to go stiff, so instead of a full days work we decided to walk up to Welford to get a newspaper. 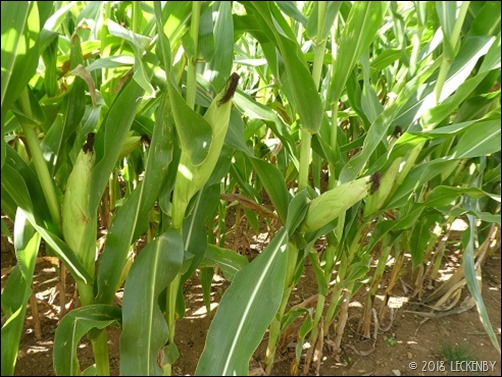 We could have walked up the arm and back, the shortest route, but instead decided to walk along the canal a couple of bridges in the direction of Crick and then walk over the rolling hills to the village. This route took us alongside fields of corn, some looking like it was nearly ready to harvest, others still on the small side. We were tempted to pick some but the last time we did this it was animal feed corn and ended up in the bin after one mouth full, no sweet kernels there! As we walked light aircraft were hauling up gliders to find the thermals from Husbands Bosworth airfield. Only two planes doing the work today (we’ve seen three in the past) but they were kept busy hitching up the next glider as soon as they landed. 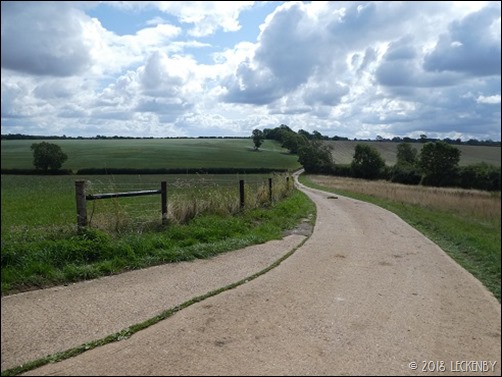 Once through the fields we joined Halls Lane, a concrete surfaced road, which dipped down the hills and rose to the next one in turn all the way to the village. Here we had a look around at St Mary’s church. A fairly average village church but with a very big organ. The pipes were beautifully painted and upstaged everything else there was to see. 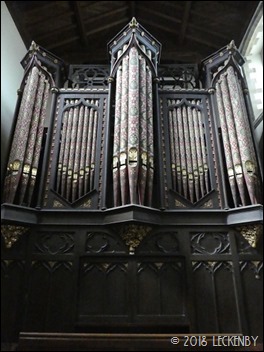 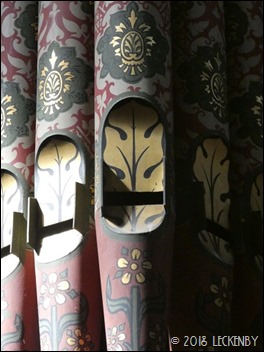 Springfields supplied us with a few more bits and bobs to keep us going before we return to Crick in a few days. They also had a copy of our Saturday newspaper so our extended walk was worth it. 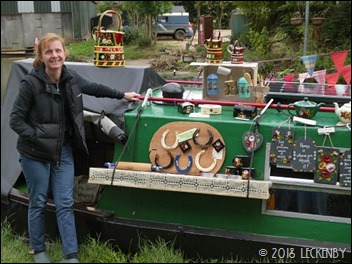 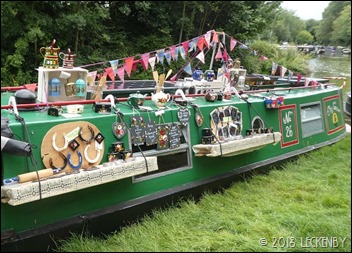 At Welford Wharf today there was a trading boat NB Pea Green. We’ve followed each other for getting on for a year on Instagram. Kay has family ties to Pershore where we were a few months ago and has followed us up the Ashby recently. Three weeks ago I spotted her as she passed us at Newbold, but didn’t get the chance to say hello. Today I’d promised to call by and introduce myself, which I did and had a long chat about cats, history and all sorts. Kay sells lots of hand painted canal ware from drinks coasters to personalised Buckby cans. 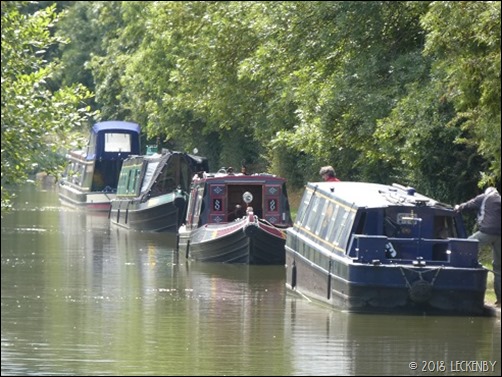 After quite a chat we headed back to Oleanna managing to shelter from some quite heavy showers under the trees by the little basin. We nearly stopped to offer a hand to a boat at the lock, but they were making such a meal out of it we decided to carry on our way. As we came to the junction we could see that we’d been joined by other boats. Behind Oleanna was a familiar looking one, NB Panda. 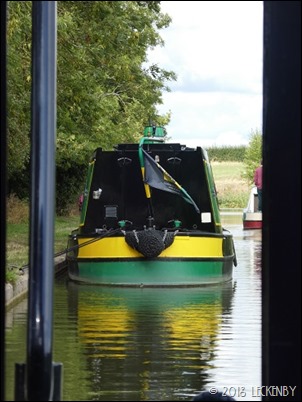 Lizzie and Gary were out for the weekend and had stopped for lunch with some friends who’d walked up from Husbands Bosworth to meet them. After introductions and a cuppa we left them to to carry on to Foxton for the night and I got on with more painting of my model. 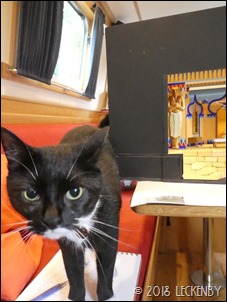 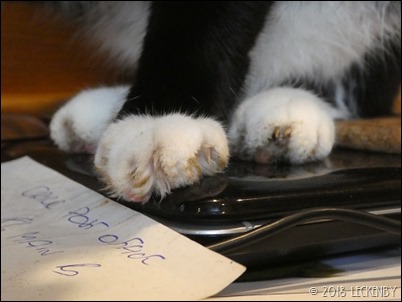 The forecast for Sunday was rain, rain and even more rain! We hadn’t planned on going anywhere and fairly soon the stove was lit to keep the chill out. Tilly came and went, she seems to be growing up and not spending all day out in the rain, she came back every now and then to have a bit of a dry off and a snooze in front of the fire. By lunchtime we had our neighbours back again. Lizzie and Gary had braved the elements and got quite wet returning to the junction. They were glad that they’d only planned on cruising so far as the wind had got up too. 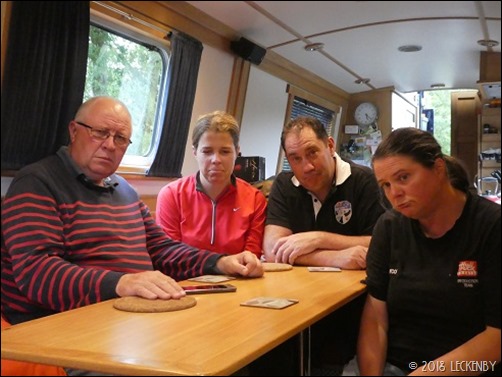 I know Lizzie from way back when, we first met when she applied for a Scenic Artist job at Watford Palace Theatre, I was one of three people on the interview panel. We then painted quite a few shows together including a couple of Pantos. So naturally she was interested to see what I’ve been up to. I refrained from showing her the whole model as they may come and see the show. I was given one note, ‘Where’s the glitter?’ this meant I had to show her some of Act 2, I’d been saving it! 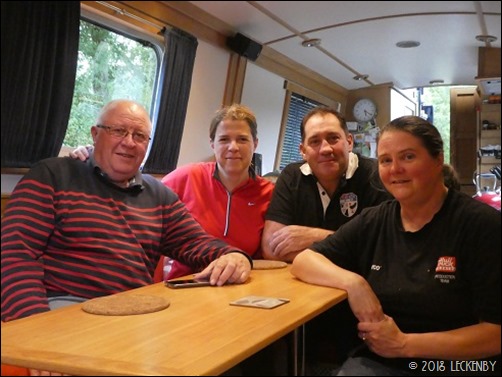