A sign in the grass close to our bow warned of a wasps nest. I’d not managed to stir the black and yellow critters when we moored yesterday, but when it became the only space left a boat that pulled in did. They nestled their bow behind ours so as not to have to tie their bow rope, but the buzzing started. We were glad to not be that boat, yet slept with all the windows closed, hoping they would leave us alone.

Some fresh veg was needed, so we decided to have a walk into the village making a detour en route. 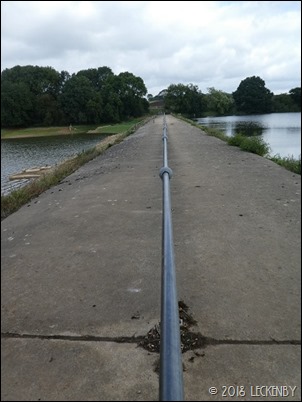 Taking a road to the left we headed up to look at the reservoirs that feed the summit pound of the Grand Union. Welford and Sulby Reservoirs sit side by side with a damn in between them that you can walk across. 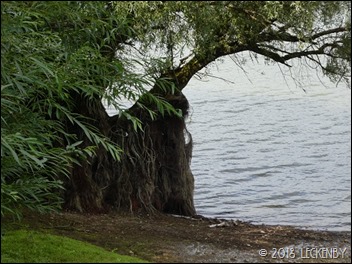 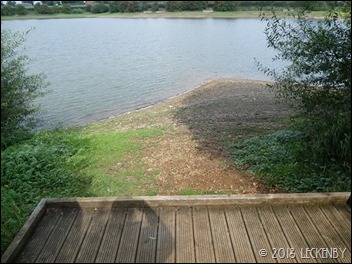 The Welford side showed signs of the drought, the fishing pegs high above the water line, weed covered trees exposed to the sunlight. I’ve seen photos of the reservoirs up near Huddersfield recently and they are far far lower. 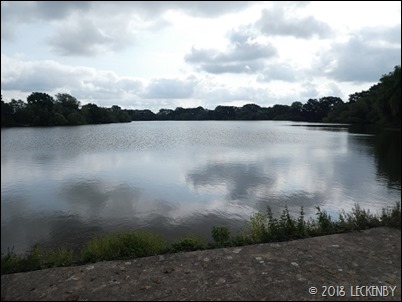 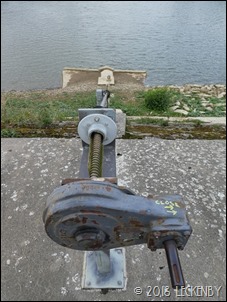 The Sulby side was down by a few feet, not reaching the weir between the two.

In the centre of the damn is a paddle mechanism that runs thorough several universal joints down to a sluice between the two lakes. The spindle wasn’t a standard C&RT one but someone has noted which way it should be turned to close it. 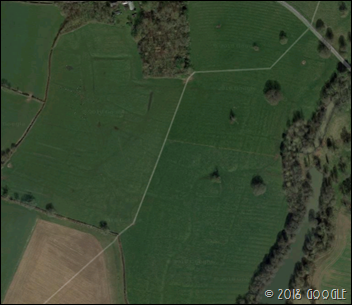 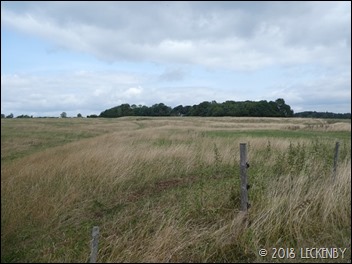 We walked across the damn and on across the fields to look at Old Sulby a medieval village mentioned in the Doomsday survey as having 13 householders. Not much can be seen other than uneven ground on the rolling hills. Google earth shows the earth works more clearly. 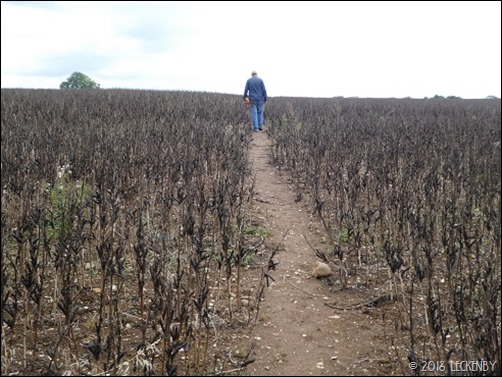 The village may not have been very visible but the signs of drought were very very obvious in the field leading to it. The crop of some sort of beans has been left to die, dry out, or sprayed with killer, but we suspect the former. 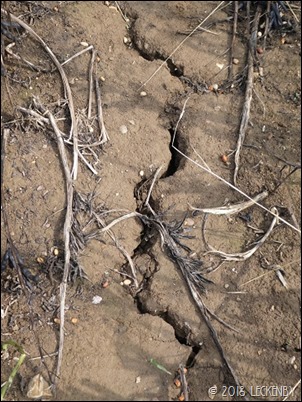 The thin blackened stems and black pods look like they have had a flame thrower passed over the whole field. The occasional sprout of a previous crop the only sign of green in the whole field. As we walked the path deep wide cracks in the earth showed just how dry the land has become, even after the recent rain they still show. It’s going to take quite some time for the fields to return to normal. 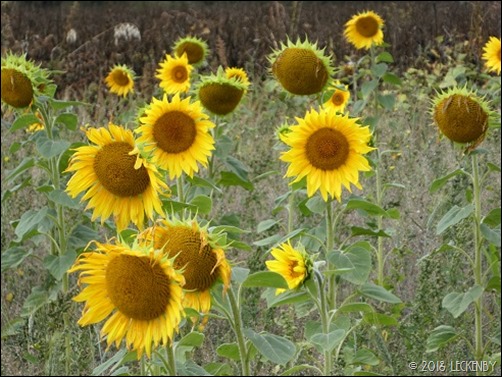 On the edge of the desolate apocalyptic field we could see a green border highlighted with yellow. The bean crop was dead but around it a swath of sunflowers had been loving the heat and sunshine. After the depressing sight of the field this sunny border brightened up the landscape. 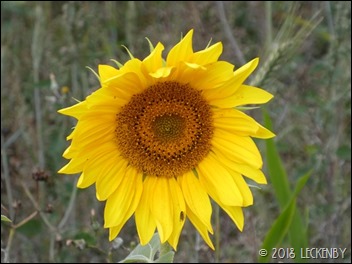 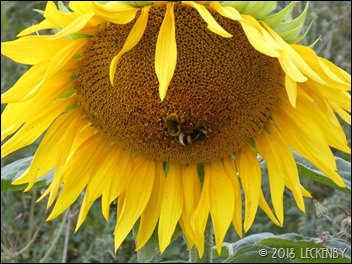 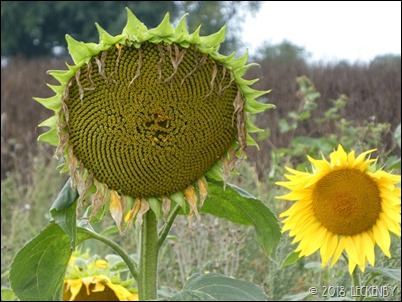 The flowers were in differing states. Some new bright and sunny, being loved by bumble bees. Some fading loosing their petals. Others drying out with heavy heads. Others starting to discard their seeds to the dry earth below. 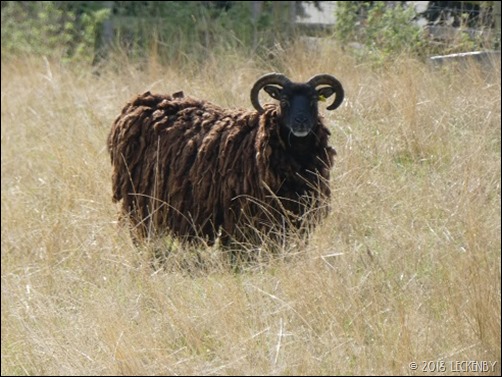 After picking up some fresh veg and stocking up on milk we decided to have an early lunch then move up to the water tap to fill the tank after doing a load of washing. We then winded and headed back down the lock and arm to find a space at the moorings at the junction. Several boats were already moored up, it’s a favourite spot to do maintenance jobs. The chap behind us is here to paint his gunnels, the hard low edge makes it an ideal place. If I didn’t have work to do I’d be doing exactly the same, but Oleanna will have to wait a while longer before she gets some much needed TLC on the painting front.