There is a fault!

I’m not sure whether it’s a fault with Tom, our boat or just the outside. It happened the other day too.

They pushed the outside away this morning, they’d had enough of it. I would have liked it for a few more days, but no, it got pushed away. They tied up another for a while whilst they filled the big box at the front with water. Then that one got pushed away, turned around and then moved.

Today she was inside with me, putting colour all over bits of intricate card. I offered to help but she was reluctant, she said my paws were too big for the job. My paws are far smaller than hers, so it didn’t make sense. I left her to it and went to sleep on the bed, I can stretch out during the day.

This is when the fault/malfunction happened. All of a sudden the outside lights went out. Completely out! They have a tendency to flicker on and off every now and then, but they reassure me that this is only normal as the outside gets moved. Have to say it’s very alarming when I’m outside and it happens. But this was different. 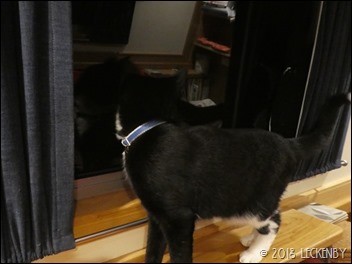 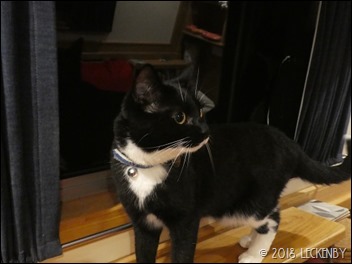 She had the inside lights on where she was, but outside there was none. The inside looked like it was outside! No matter which window I looked at the inside was outside! But it was still inside too!! There were loads of insides everywhere! Argh!! It happened the other day and a couple of times the other week. All she did was sit there! I had to do something so shouted to the outside to turn the lights back on, but it couldn’t hear me. I shouted and shouted and still it ignored me. Maybe it wasn’t the lights, maybe Tom had lost the outside! I shouted at him and all he kept saying was ’That way out’, What’s that meant to mean? Was the outside that way? Maybe we were going to have to evacuate this outside that wasn’t there.

She tried to get me interested in her little things. How could she not be worried about what was going on!!! There were at least three of her!

Then as if nothing had happened the lights came back on. The insides all disappeared, well apart the one that should be there.

I shall be logging my fault report with C&RT, there is obviously something wrong. 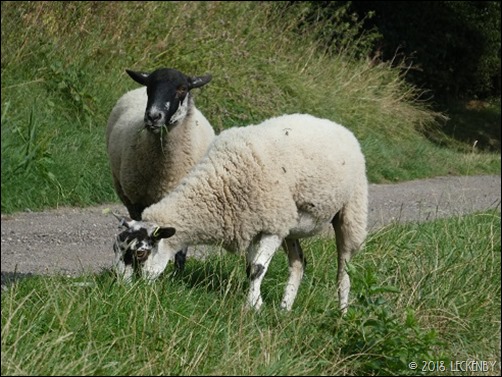