Welford to Bridge 60, above Foxton

The pump keeping the dry dock empty luckily didn’t keep us awake last night, we’d kept the bedroom window closed on that side. Soon after we were awake boats started to move. Some coming to the winding hole just to turn, others to fill with water. We were beaten by one boat to the tap, but Mick laid out our two hoses to stake our claim in the queue. 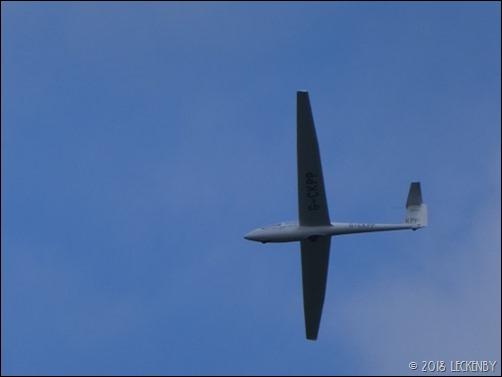 A quick tidy up in the galley and then the shopping arrived. We very often get a driver who’s never delivered to a boat before, but this chap was an old hand. He delivers to a couple of boats that are moored in the basin, Yelvertoft and he’s even been to the new marina at North Kilworth. Two things were missing from our shopping, which we’d already been alerted to by email. Birthday cake candles, I found some that would do in the bottom of a drawer, the other thing was our Saturday newspaper! Our shopping had been picked in the early early hours, long before the Saturday papers had arrived. Fortunately there is a shop in Welford where Mick managed to get a copy and some newer looking candles too. Having preburnt candles when you are in your 50 or 60’s isn’t so bad, but on your 12th birthday! I’d have been reported to the authorities for poor Aunt duties. 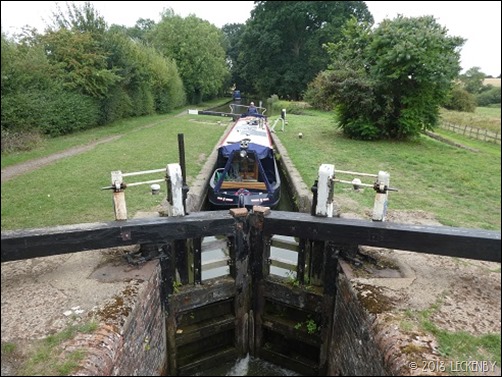 Once everything was stowed we winded and headed away from the basin. Large signs are on most locks at the moment encouraging boaters to save water. ‘Be prepared to wait’. This is to encourage people to wait if the lock is set against you for a boat coming the other way so as not to waste a lock of water setting it in your favour. However the Welford Arm was originally built as a feeder to the summit pound, bringing water from the nearby reservoirs. Welford lock was set against us, but as water was flowing over the bywash we didn’t feel the need to wait for a boat coming up to fill the lock for us. The bywash carried on flowing as the lock filled so we weren’t lowering the pound above either, just helping the water on it’s way. 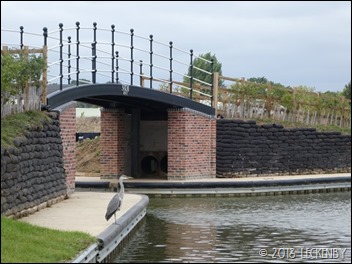 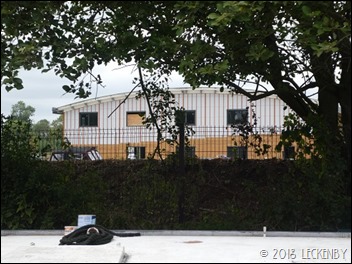 At the junction we turned right heading towards Foxton. North Kilworth Marina still looks very much a building site, plenty of landscaping to go on and the marina buildings are only partly clad. Harry the Heron was taking advantage of the new entrance as a good vantage point for his fishing. I was glad that NB Paddington Bear was still at the wharf as we passed.

Then on to Husband Bosworth Tunnel. We could make out another boat, but they were heading away from us. Staying within the profile of their boat seemed to be an alien thing to them as we could see arms reaching for the roof. With our big torch pointing up at the roof at the back we get to see alsorts. Today we got to see a couple of giant insects running across the roof, it was quite disconcerting. 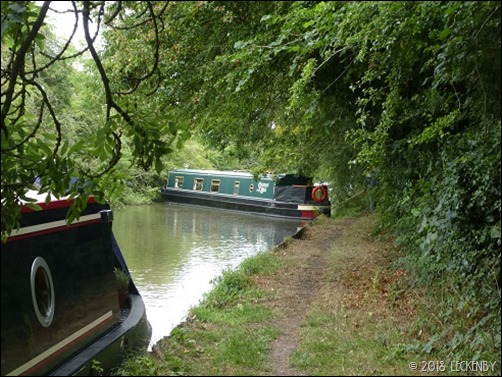 We’d been gaining on the other boat, but once through they sped up and disappeared into the distance. With cooking to do I came below and had just turned the gas on when Oleanna went into reverse. We’d slowed right down, we were stopping. It was a bit too soon for our planned lunch stop. Looking out of the hatch I could see the reason why, our path was blocked. NB Queen Bee had slipped it’s moorings and was right across the cut, no getting past. With gas turned off in the galley I held onto Oleanna as Mick used our boat hook to pull the boat back to the side. Their mooring spikes, luckily those with rings, still attached to the ropes, so easy to hammer them back in. Had the boat been poorly moored or had the boat ahead of us gone by at such a lick that the pins had pulled out? 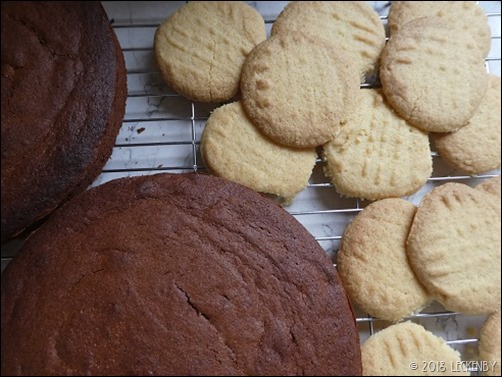 After a short break for lunch we pushed on to Bridge 60, mooring before the visitor moorings at the top of Foxton Locks. Close to here is a long stay car park which will be handy for the London Leckenbys tomorrow. We may spend the afternoon being gongoozlers at the locks, who knows. But one thing is for sure Josh has the most chocolatiest chocolate cake I’ve ever made ready to celebrate his 12th birthday.