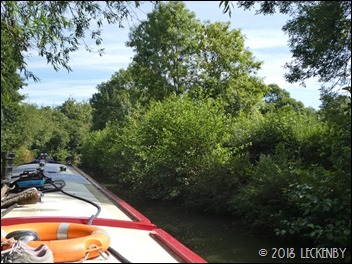 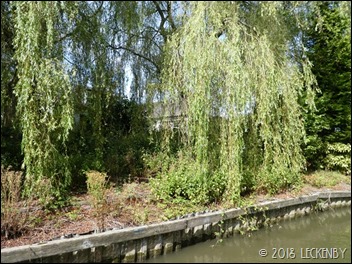 We pushed of at around 10am today, there was a newspaper to get, we couldn’t dawdle. This is the first time we’ve have been here in August and despite the recent dry weather the whole of the surroundings to the canal are so fat and green. Along one stretch there are quite sizable trees growing between the path on the towpath and the cut, you’d be hard pressed if you had to bow haul your boat along here. The closed Thai Restaurant is almost invisible behind all the growth in the garden and the very weepy willow trees. It’s normally a sad sight.

One boat had come past us this morning so we hoped there wouldn’t be too much of a queue when we reached Watford and we were pleasantly surprised at being the only boat. With a walkie talkie in hand I walked up the flight reaching the staircase before I met a volunteer lockie to book in. He said we could start our way up as we’d be following the boat he was with. Had we been through before? They always ask this, yes we think it’s our 17th time. I radioed down to Mick and he started to set the bottom lock. As it was ready for us a boat appeared behind us and the chap walked up the flight to book himself in. 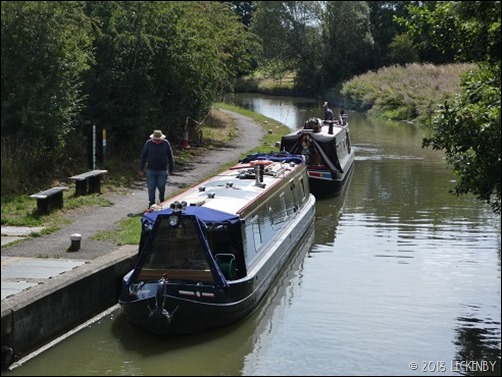 We worked through the bottom two locks as one of the lockies emptied the bottom chamber of the staircase, open gates awaited us. 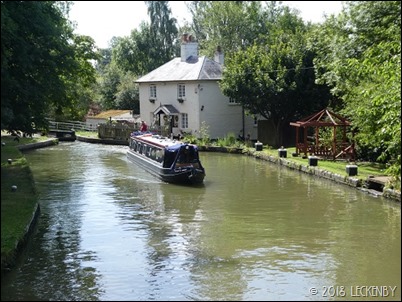 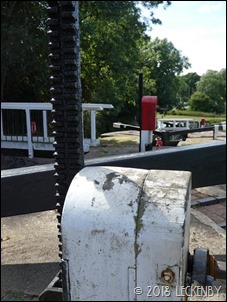 Chatting to the chaps they made sure we were aware that both Watford and Foxton will be closed overnight from Monday to help with levels. Apparently there are still problems with water levels down towards Leicester, when we came through last year there were chaps letting water down all the time and that was before the several dry months of this summer! The Lockie today told me that they have to run water down from Foxton every night to cope with the falling levels below. He said that they pump water up from the river at Stoke Bruern, then water is pumped up the flight at Long Buckby followed by being pumped up at Watford. Of course during the day all the pumped water gets used by boats travelling up and down the flights of locks, so restricting passages means the pumps can work to raise levels when the locks are closed. That’s 40 miles from the river to the bottom of Foxton and another 7.5 miles to where the chaps were letting water down last year. 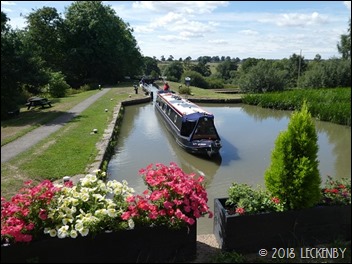 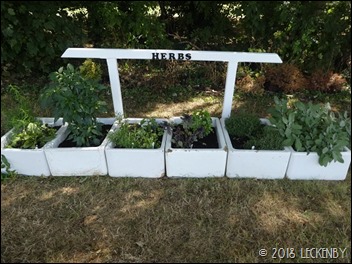 Our passage up was easy and by the time we were almost up the top of the staircase boats were arriving to come down, a line of three by the time they got started. We pulled over to fill the water tank and I helped myself to some Tarragon and Sage being grown alongside the top lock in sinks. A very healthy herb garden. 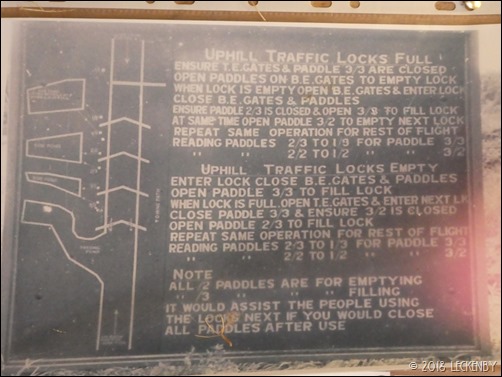 In the hut at the top Mick found some old instructions on how to use the locks. Blimey! So glad it’s colour coded now. 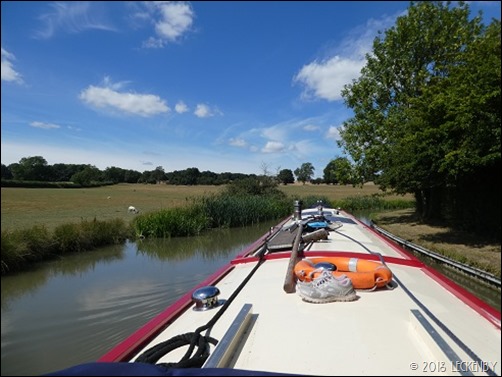 Onwards to Crick Tunnel where we donned our waterproofs. As the bow entered the tunnel we could see that the light must have been nudged since yesterday, it was pointing to port and would blind any on coming boat. Nothing for it but to adjust it, I passed through the cabin and swivelled it to starboard before we carried on. 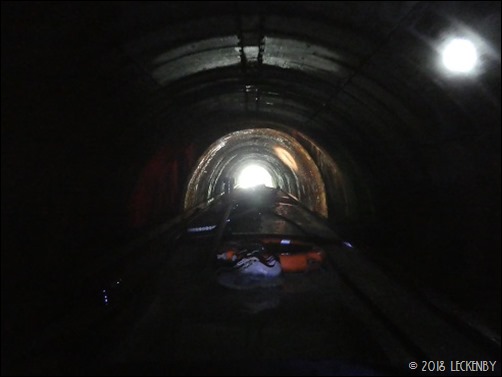 Mick thought the rain from yesterday wouldn’t have percolated through to the tunnel yet, but I was certain that the north end would be wet, it always is. I was correct, glad we’d warned a new boat owner to put his coat on before he got there. Part way through we could hear shouting from inside. Tilly wasn’t happy, Not happy?! I was NOT happy at ALL!! She is normally alright going through tunnels as the cabin lights are on, but for some reason she spent the next fifteen minutes shouting either out of the bathroom window or at the back door. Nothing much we could do other than get through to the other end and hope she’d calm down. 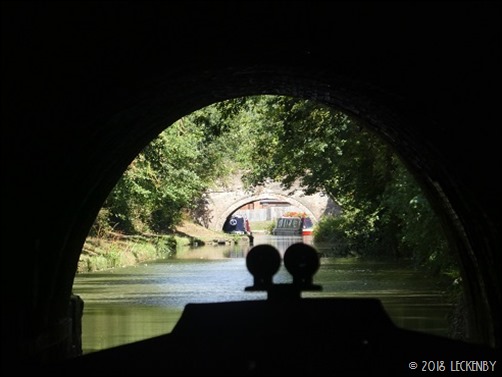 Back in the sunshine the noise from inside disapated and we made our way to moor opposite the marina. We decided to keep Tilly in for a while to help her calm down, I was calm now, the outside had got light again. But no matter how many head nudges and licks I gave her she wasn’t going to let me out. So not fare, Tom got to go out! 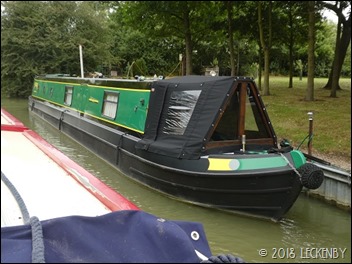 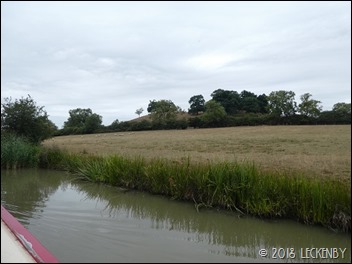 Mick cycled to the Post Office and checked they do Post Restante, which they do for any parcels we might want. But they didn’t have our newspaper, so he carried on to the Co-op where he succeeded. After lunch we decided to go a little bit further and see if the mooring at Cracks Hill was free. Here there is better internet and phone signal than back near the village along with rings to tie to. Contact has been made with our friend Lizzie and plans are afoot to meet up. We may also meet up with other friends whilst we’re in the area too, but now we have reached the long pound I have to knuckle down to work again.