Hungerfield Bridge 35 to Tuckeys Bridge 43 to Newbold Footbridge 50
After a few days rest for my fingers the model making equipment has come back out again, well it never went away really, it quite happily stays out of the way in the corner of our L shaped dinette. So with work to do we are gradually making our way along towards Rugby. There is another reason for doing this, eating what remains in the freezer so that it can be defrosted and cleaned out before we pass Tescos. Big shops will be scarce for a while so having a full freezer should help. Not too many weird combinations, although chestnuts in turkey pilaf was strangely odd. 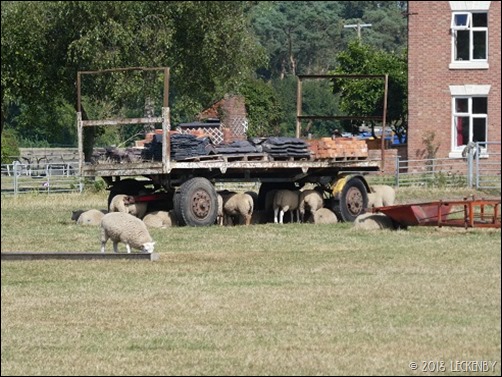 Sunday morning we got ourselves ready to push off relatively early for us. The Hungerfield Bridge mooring is pretty, but by 10am it was heating up with little shade. The sheep across the way were doing their best to find shelter under a wagon, bet they wish they could have a second trim to loose their wool in this heat. As we pushed off there was only one boat left, it had been just about full the night before, but everyone was on the move early. 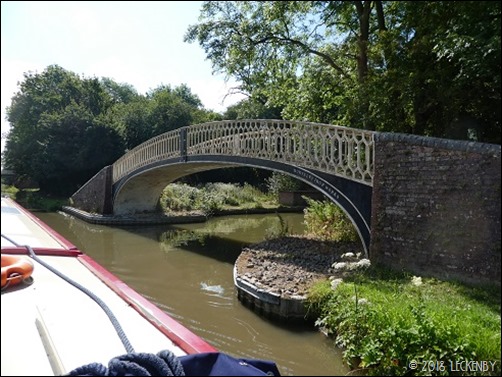 As we passed the arched bridge leading into Brinklow Marina we waved to NB Alouitious, a friend from Scarborough’s boat that is having work done to it. Just a short distance further on and a space in near full shade showed itself, we pulled in quickly before anyone else could. Here the towpath was wider, suitable for a barbecue, shame we’d eaten everything suitable yesterday. The doors were opened giving Tilly the afternoon to find friends whilst I worked and we listened to the Sunday evening trains hurtling people back towards London.
Monday brought another hot day. We could have stayed put but decided to carry on and see if there would be any space at Newbold for us. Using Waterway Routes map in conjunction with Google maps you can work out where has good shade compared to open, water boiling on the roof, zero shade. Not far to go we pushed off at just gone 10am hoping our morning arrival would aid us in getting a space, the moorings here have always been full before. 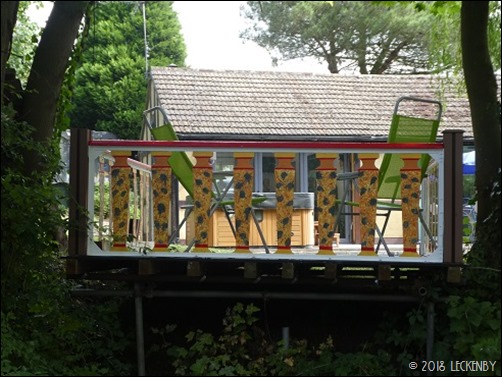 The boat yard by Falls Bridge seems to have a changed a bit since we started coming through here. Today a couple of boats stood on hard standing under cover, one with a nice new paint job and a day boat was having it’s portholes polished, much better than a Clifton Cruisers hire boat that passed us later on with filthy windows. 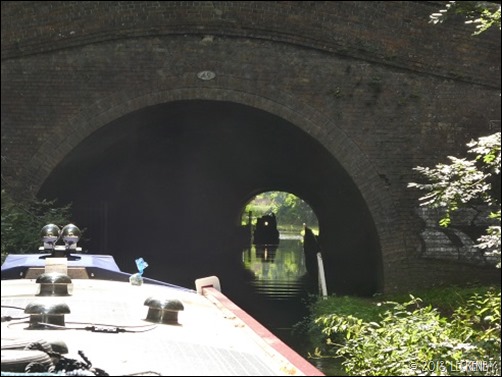 Newbold Tunnel has two way traffic, a boat appeared at the other end as we approached. As nobody was behind us we turned off our tunnel light and pulled over letting the chap come through without having to pass us. There is plenty of space, but we’re not in a rush so more room to breath for both of us. The chap onboard pointed out that we could have passed, as did the gongoozlers waiting in the tunnel who seemed a touch disappointed not to have seen us pass  each other.
Oleanna then ducked into the tunnel, at only 189 m long it only takes a couple of minutes before you are out in day light again. The water point was free so we stopped to fill up the tank, ‘It must have been empty’ the last time we filled it. It took ages even with good water pressure, but this gave us time to walk past the bend to check on mooring space. Loads of it, we’d timed our arrival well.
The 48hrs was quite busy, but where there was more tree cover on the 14 days moorings there was space for us. Once pulled in my drawing board came out and I managed to do the few drawings I needed before lunchtime so that the table could be cleared for us. Then in the afternoon I continued working through the model notes from last weeks meeting. 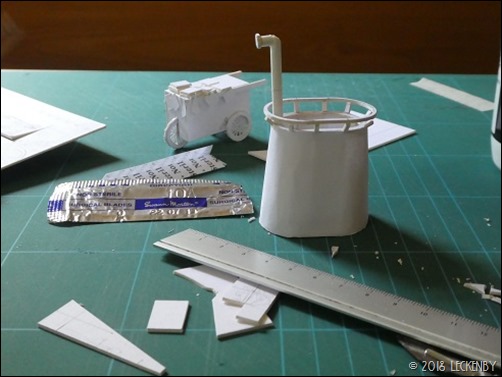 Mick has discovered the BBC iPlayer archives, yesterdays viewing was to do with steam engines in the 50’s, todays was all about Ealing Film Studios, he was pleased that The Red Lion where he used to work and drink was mentioned by Frank Muir.
I seemed to be the only one actually doing anything today. The towpath here is okay, but there’s a sharp way down into some manicured bits. I had a look around these for a while but they are boring, not enough friendly cover for my liking. Then a very rude local cat got all hissy with me. We both puffed up and hummed at each other, neither of us giving way until she came out and told me to stop upsetting the locals and get back on the boat! I needed a shady rest anyway. Later on I climbed quite a good tree, the branches were a bit spindly and kept falling off narrowly missing her head but she didn’t seem to mind. There was also a very shouty woofer who didn’t have any manners, shouting in my face like that. If it had carried on any longer I’d have had to demonstrate what my claws can do.
Just when I was thinking this outside was just so full of rudeness I met Evie. Evie and her Mum and Dad tied up to this outside a bit further up from us. She really wanted to say hello, but by now I had a headache from the shouting woofer and was a little bit careful how close I got to people. Maybe next time I’ll show Evie my white bits, I’m sure she’ll give me a tummy rub.
0 locks, 2.76 miles, 1  tunnel, 2 days, 2 shady moorings, 2 more hot days, 1 friend not welcome onboard, 1 SHOUTING WOOFER!!! 1 brittle tree, 1 full water tank, 1 rude local, 1 slice of ham, 0 human food consumed, 4th conning tower, 1 grubberie service station, 2nd Aladdin boat, 1 more meal from the freezer, 1 new friend.
[googlemaps https://www.google.com/maps/embed?pb=!1m18!1m12!1m3!1d13122.768837207761!2d-1.3149446189831653!3d52.4031407750874!2m3!1f0!2f0!3f0!3m2!1i1024!2i768!4f13.1!3m3!1m2!1s0x0%3A0x0!2zNTLCsDI0JzAxLjMiTiAxwrAxOCczNC4wIlc!5e0!3m2!1sen!2suk!4v1533635736058&#8243; style=”border-image: none; border: 0px currentcolor;” width=”600″>