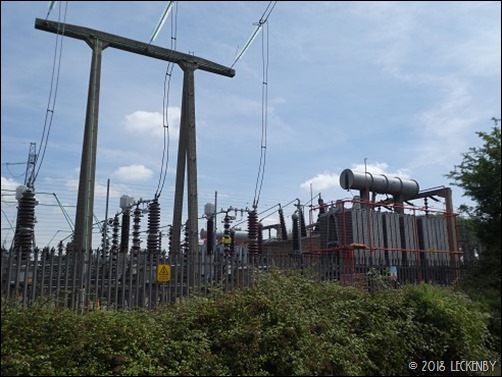 Saturday morning, newspaper time. Google maps had been studied and Mick reckoned he might have some luck not too far away. Luckily he headed off with a bike as he had no luck and had to go further afield. After three shops and still no luck he had to resort to heading to the big Tescos back towards Coventry where our chosen weekly read sat waiting in abundance. 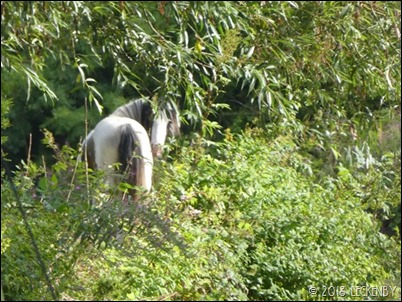 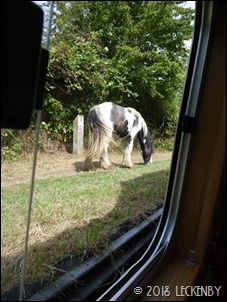 Back at the boat Tilly and I kept a close eye on the new grass cutter, have to say it was doing a good job. When it ventured further away it looked like it was auditioning for a Timotei advert.

They took their time! They had to have their second dingding before pushing off because the morning had taken soooo long. All this was eating into my shore leave just so that they could eat, very inconsiderate. 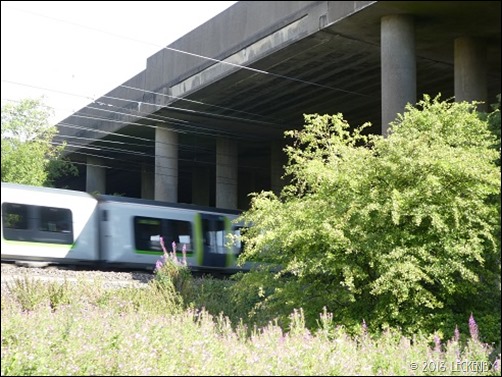 The sun was out again, yesterday under cloudy skies I’d managed to go a little bit pink, so sun cream was needed. Aim for todays cruise was to find somewhere for a barbecue, maybe some shade and hopefully not alongside the M6 or the railway. This being the Oxford Canal we were maybe hoping for too much. 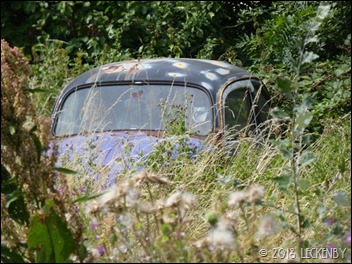 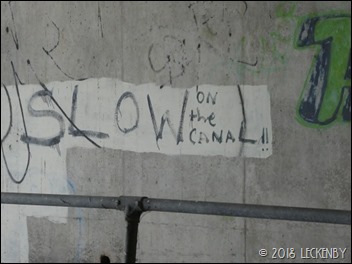 Once we spotted a gap in the passing boats we pushed off meandering our way southwards. The Oxford Canal is one of the earliest built. James Brindley was appointed as engineer and built a 91 mile long contour canal between Longford (Coventry Canal) to the Thames through Oxford, the full canal opening in 1790 after his death. Its meandering ways were soon considered outdated and inefficient, The Grand Junction Canal  opened up and became a shorter route between London and Birmingham. Something needed to be done to keep the Oxford Canal going. In the late 1820’s the company decided to modernise the northern part of the navigation. Major engineering works began which substantially changed the route the canal took. Aqueducts, embankments and cuttings shortened the route between the Coventry Canal and Braunston by some 14 miles. The new route worked and stopped trade from going elsewhere, dividends were kept high and a respectable profit was still shown into the 20th Century despite the railway. 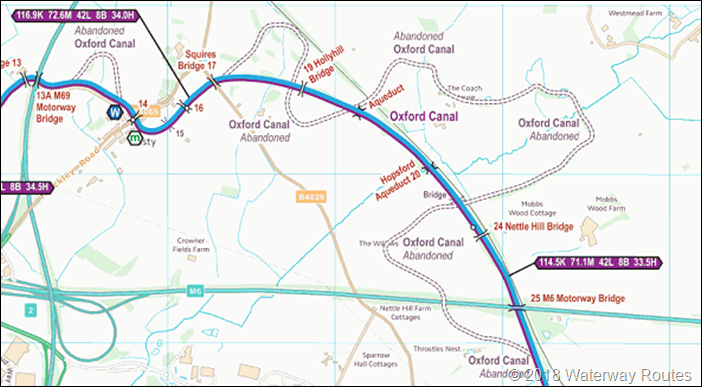 As you can see on a small extract from the Waterways Routes map the new route is far straighter. This is likely to save us 3 to 4 hours cruising to Braunston. 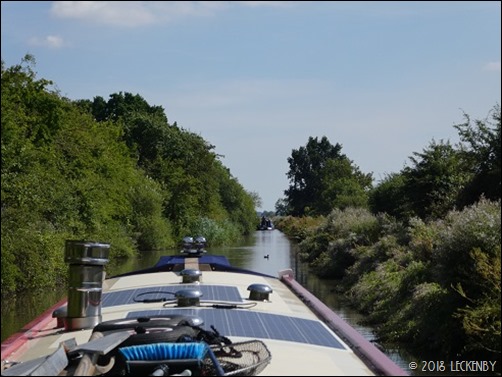 There are still quite a few bends which meant that the boat ahead of us kept coming and going into our view. At times the canal is narrow, other times it is just overgrown. The chap ahead seemed to be doing his best to widen the channel, zigzagging from side to side. Every now and then he’d come across a boat coming the other way which meant he had to concentrate, somehow two boats squeezing through where we’d have waited.

Having travelled this stretch several times before we know how hard it is to get into the sides (the angled stone bed making this hard) and the towpath tends to be narrow at best, so we kept our eyes peeled for any chance of a mooring. But possibilities were few and far between, the railway hugging the canal for some miles and most moorings full. 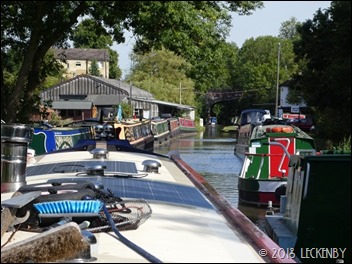 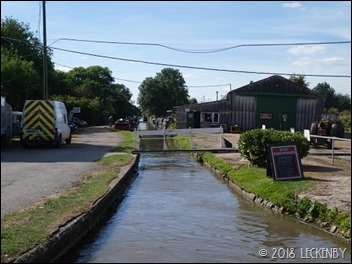 After six and a half miles we reached Stretton, the boat ahead of us had gone straight through the small swing bridge at the boat yard and left it for us to close. We were now being followed too, but they were too far away for us to leave the bridge open. I hopped off and swung it closed. A lady from a moored boat walked up and whilst her husband untied the boat she swung it open, we wondered who’d get there first the boat following us or the one about to pull out. Whilst we pootled away and waited to see who’d win the lady had to close and open the bridge a couple more times to let people across. We rounded a bend and never got to see who had to wait. 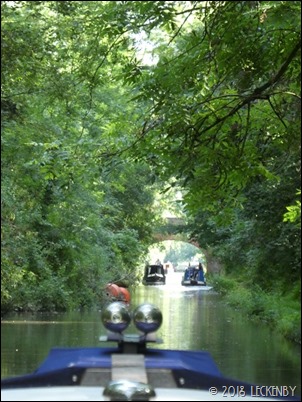 Through the wooded cutting in the cool, if only we could have moored there. The long stretch of moorings before All Oaks Wood were full so we carried on through the tree cover and out the other side, round the bend and there was space where we’d moored last year opposite the farm. We’d had difficulty finding a deep enough length for us last time, but that was before we had some ballast removed. A lady said that the bottom was a bit lumpy and we might have difficulty, but we pulled in with ease this time. Sadly the towpath was too narrow too get the barbecue and chairs out, so the grill had to suffice for our kebabs and sweetcorn. 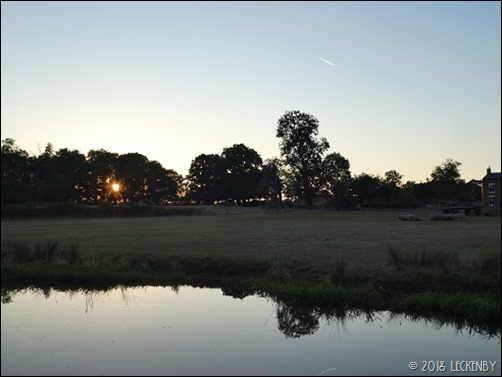 I’ve been here before. It’s good here, a big field to run around in, sideways trees right by my boat, other boats (not that I went on any, honest!) and a little distance away some good trees. When she called me home for my dingding it took quite a while for me to get back, the trees had called to me, I had no option but to climb them.