Time for a day off work and time to explore. This did however mean that Tilly wasn’t allowed shore leave this morning, it was my turn to venture away from the boat.

As we were getting ourselves  sorted to go out (sun cream, water etc) a familiar bow came past. It was The Blue Boat, Pat and Roy were stood on the back heading towards Market Bosworth. They are easily recognisable to us due to the design Pat painted around their porthole at the bow, but we disappear into the crowd now, no longer being yellow. Sadly I didn’t manage to get out the front quick enough to say hello, hopefully we’ll be around when they come back. Seeing them means that our summer is now complete, as our paths have crossed the last three years. 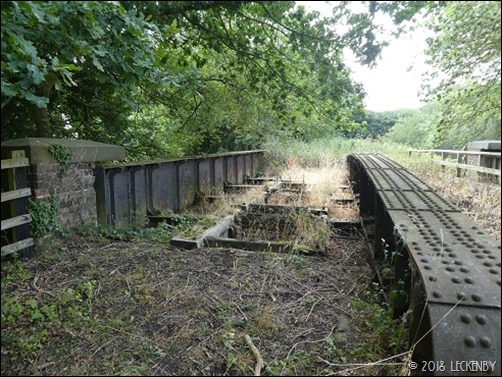 Being moored by the old railway line we walked up over the bridge and towards the Bosworth Battlefield Centre. Following the course of the old tracks meant we had plenty of shelter from the sun on what was to become the hottest day of the year, so far. Boards along the track described what happened back in 1485 when King Richard III lost his life at the battle of Bosworth. 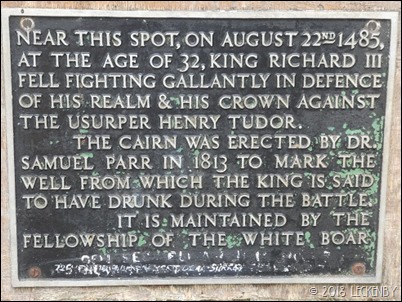 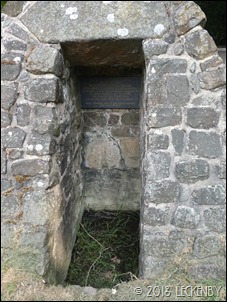 The walk took us past a spring that King Richard may have drunk from on that fateful day in August, a cairn was erected over the well in 1813. Today it was damp, but we didn’t fancy a drink preferring our bottle of water. 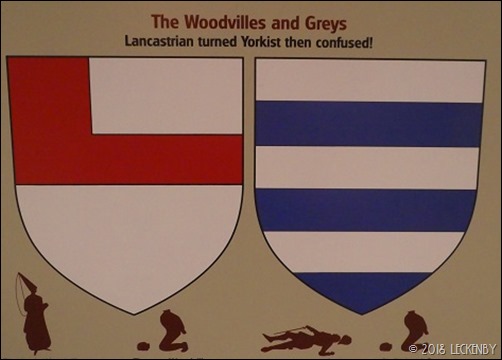 Bosworth Battlefield Centre was set up in 1974 at Ambion Hill Farm. Based on written theories this was thought to have been the site of the battle on the 22nd August, 1485. Exhibitions were first on display in cow sheds, these gradually expanded and in 1985, the 500th anniversary the new display was visited by the Prince and Princess of Wales. In 2005 Heritage Lottery Funding was given for a survey to try to work out where the actual battlefield was. 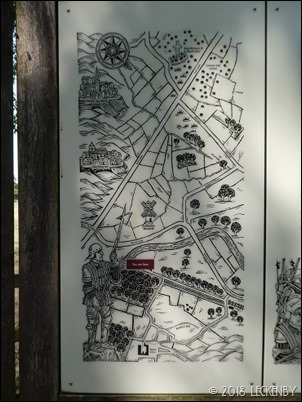 This survey took five years to complete and brought together written, topographical and field research. A huge area was covered by metal detectorists and core samples were taken to try to find Shakespeare’s Marsh (yes he’s even here!).  The results proved that the battle actually occurred a mile south west of Ambion Hill, an area covering both sides of Fenn Lane was found to have numerous lead cannon balls. 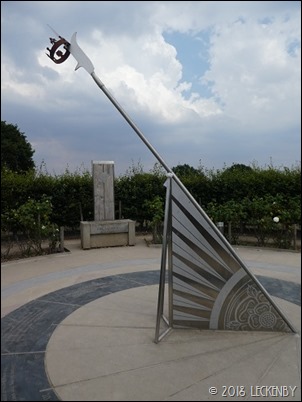 In 2010 the new exhibitions were put in place regarding the actual location of the battlefield. You can visit the actual site on a guided walk from the centre, £17 for the day but bring your own packed lunch and drinks! A commemorative sundial was put on the top of Ambion Hill to mark the battle and the Battle of Bosworth Trail was opened. By the end of the day we’d walked around the trail, other than the sun dial and spring, it is just a walk with boards telling you about the battle. It doesn’t actually take you to any sites that were associated with the battle, because it wasn’t here, however you can nearly spot the actual site from a good vantage point near the sundial. 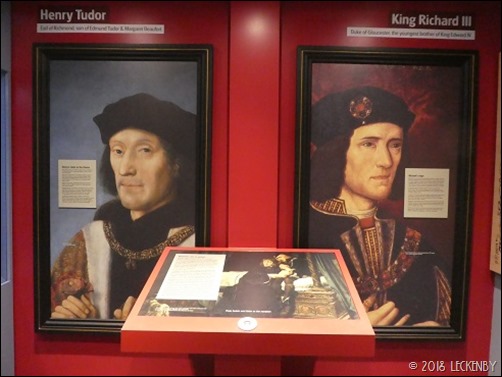 The exhibition was very good, it boasts that it is award winning. Modern with flaps to lift and buttons to press. 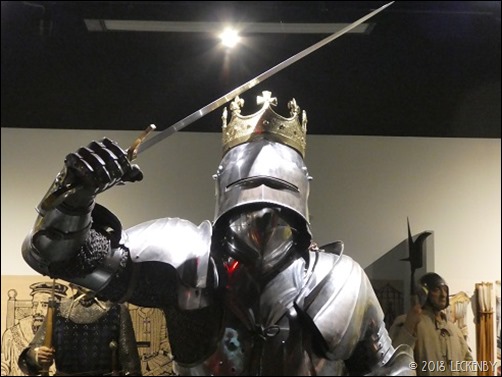 A detailed description of the actual battle using re-enactment footage, a 3D map, suits or armour and coats of arms has to be the centre of the display. 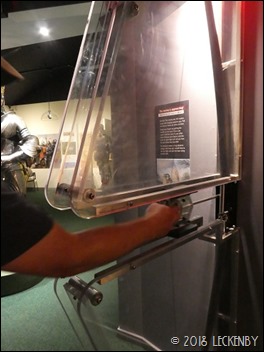 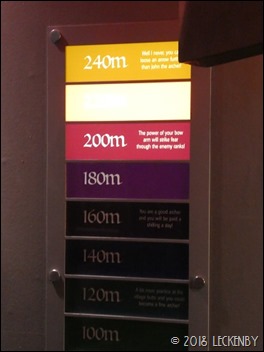 You can see how far you could fire an arrow, dress up as knights, watch four accounts of what happened, that Stanley chap was a bit of a wimp (I know his elegancies were split but!).

Plenty to see and you get to vote for who you thought was the best King, Richard or Henry. With our York connections we had no difficulty in our decision. 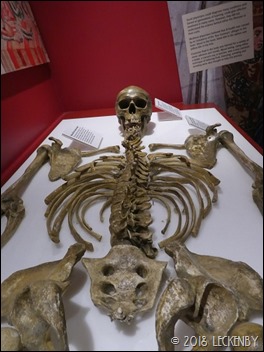 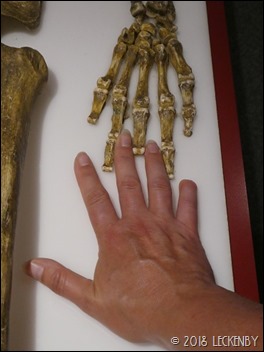 Bosworth was the last major battle in the Wars of the Roses between the houses of York and Lancaster. Richard III reign began in 1483 after his brother died and Edward V was declared illegitimate and therefore ineligible to be king. Edward and his younger brother then disappeared from the Tower of London never to be seen again and Richards popularity started to decline. Henry Tudor from the House of Lancaster took advantage of Richards difficulties and challenged the throne landing in Wales and drumming up support as he marched is army towards London. Richard mustered his troupes and intercepted Henry near Market Bosworth. It was here that Richard was killed on the battled field, his bloody naked body taken to Leicester and processed through the streets before he was buried in Grey Friars, to be found  500 years later under a car park. 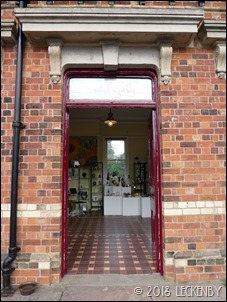 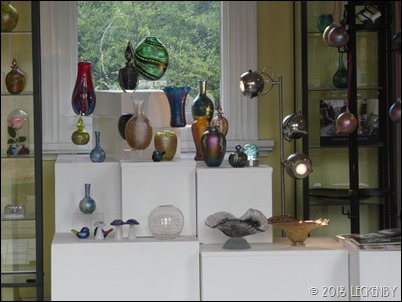 Lunch in the Tithe Barn before we continued our walk around the site of the none battlefield. This brought us down to Shenton Station on The Battlefield Line. Sadly the last returning train had already left and at this end of the line there were no engines to look at, just the station. This has been taken over by two glass artists. Inside on the hottest day of the year was a lady demonstrating how to make a keep sake memory glass stone. The one she was making had bubbles in it which were created by  adding ashes, the ashes she was using today came from a Yorkshire Terrier and was a commission for it’s owner. There were lots of lovely bowls and vases, I nearly bought baubles for Christmas presents, but glass is not the easiest thing to post and space on board is more limited than normal at the moment. 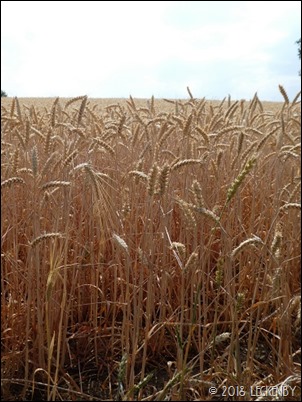 Returning to the boat the doors were opened so that Tilly  could explore for the remainder of the afternoon. Our shady spot and closed curtains had managed to keep the interior of the boat coolish, but the temperature soon rose to join that of outside with the doors open.

Tilly came and went a few times but then was gone for a bit too long! Before we ate I did my mad cat woman impression walking up and down the towpath calling and meowing into the hedgerows. After we ate I did the same, then an hour later. The wind had picked up, could she no longer find her scent trail back to the boat, was it the presence of the Blue Boat (this happened on the Macc a couple of years ago). I hung a jumper of mine out the back to give her a familiar smell to follow if she was lost. I’d have also put her litter tray out but it was fresh. The sun dropped below the horizon and we stayed calm, watched TV and waited. I was just about to put shoes on and get the big torch out when there was a thud on the stern, a very hungry Tilly was home, Phew!

It was a long walk to the real battlefield and as they weren’t going to find it I had too! Just some fields, nothing to see really, quite boring.