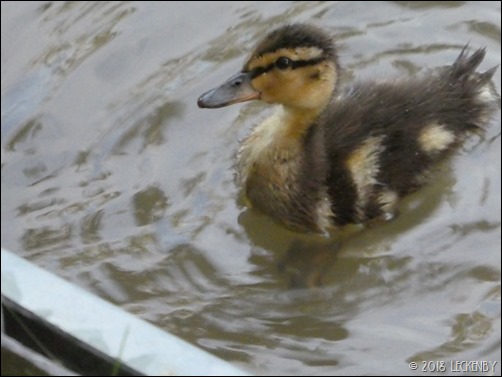 Both of us were awake before the alarm clock this morning (it’s not set very often), so instead of trying to get back to sleep we had a cuppa in bed and then made ready to move. Our plan had been to set off early to try to beat the heat of the day and we succeeded to start off with. 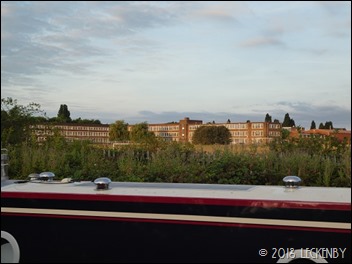 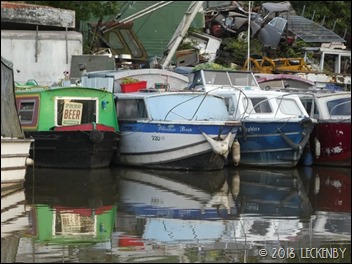 After pushing the bow out I walked along the towpath. My legs and waistline wanted some exercise after sitting at the dinette table for days model making. At 6am we passed Avril’s school soon followed by Charity Dock. Here the only signs of life were the cockerels wanting to come out from their shed, they were quite adamant about it! Jumpers were certainly needed, but we’d both refrained from putting on long trousers.

Mick crept Oleanna past all moored boats, the early morning water ahead showing the bow wave that she pushes. This is the reason you should slow down as you approach moored boats, not just as you pass them. Hopefully nobody stirred from their sleep, I tried to keep on the brittle yellowed grass to quieten my footsteps. 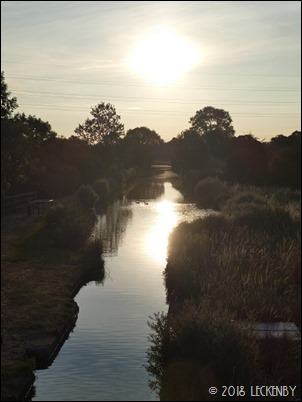 A stretch of legs on such a morning was lovely and it gave me the opportunity to check that the way ahead was clear at the junction. It of course was, the sun rising directly above the Ashby Canal. 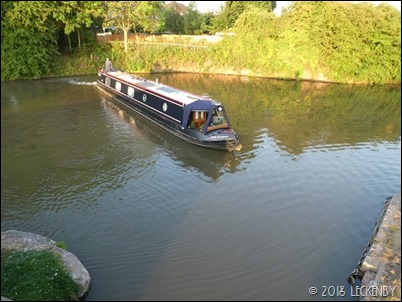 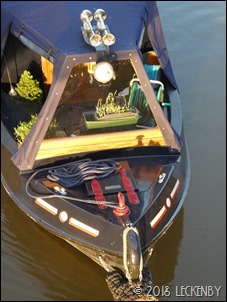 Mick swung Oleanna’s bow round the tight turn, having to reverse a little to get lined up for the narrow bridge hole and what once was a stop lock. 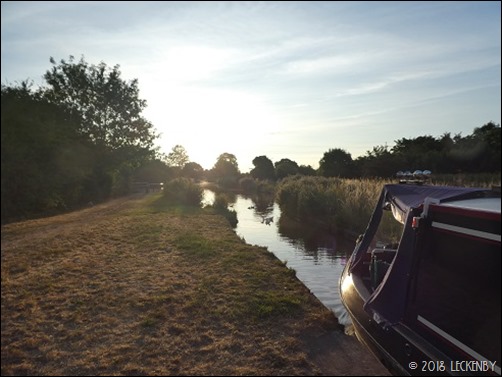 The sun was blinding but stunning. A water vole startled that it wasn’t on it’s own swam across the cut in front of us, reaching up the wooden boards to clamber out. This is the third one we’ve seen in the last week, not having seen one before other than on TV.

Our aim now was to find a suitable mooring for a few days. Temperatures set to be high again tree cover was needed. Last night we’d decided to head for the old railway bridge but if there was anywhere suitable before hand then we’d stop sooner. 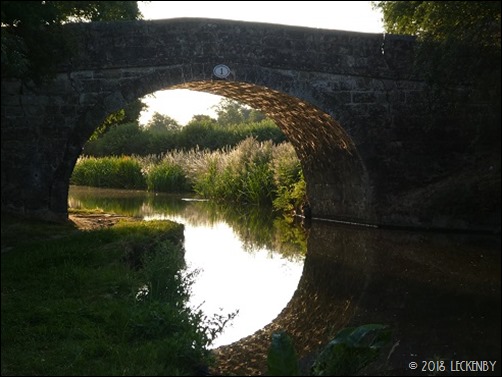 I headed below and got my model out from it’s cupboard. Time to set up scenes and see where I’ve got to. The last week has been spent drawing things up and making them, but due to the lack of space it has been hard to have the model box out to look at things in situ as I make them. With such a small model, getting to look at it from a suitable height can be tricksy, so some elevation was required. None of the shelves on the boat have enough depth so in the end a couple of empty wine boxes found themselves with a new purpose. They did the trick. 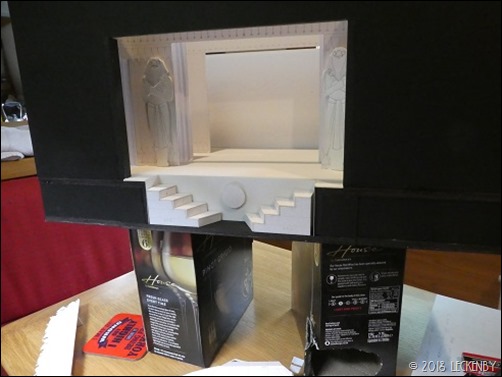 My hour or so of looking meant I had quite a few things to alter or adjust. Sadly the Dames tuperware cruiser needed remaking, at least I now knew how to make it. Was it possible to make it narrow enough to fit through a narrow auditorium door? Or was it going to have to arrive in several pieces? Would the box office table get in the way? All things you wouldn’t have to consider in a bigger theatre.

Outside Mick gradually warmed up at the helm and poolted Oleanna along. The water point by Watling Street was free so we tied up and replenished Oleanna’s tank whilst having breakfast. A shady spot showed itself by the Farm shop, but the depth was far from enough for us. Even nudging back and forth we still couldn’t get close enough to the edge, on we went.

At Stoke Golding we pulled in just after the wharf and bridge. Not totally to the side and the sun would soon be behind the trees, this would do. The doors opened and Tilly was let out to explore. We soon realised our mistake. The local ducks were adamant that we’d give them some white sliced and we were grating along the bottom. The odd noise is fine in such places, but here we just had to breath!

Tilly seemed to be enjoying herself, but luckily she returned for a drink and the doors were quickly closed behind her. Onwards. Now the sun was at it’s height. Mick covered in a layer of sun cream steered us on, a couple more miles and we dropped off our rubbish. Not far now to the old railway bridge, but would it have been taken by someone else? I stood on the bow hoping it would be free and that the depth would be sufficient. One boat was moored a short distance away but the bridge was free. Wonderful shade from most sides. We pulled in, I hopped of the bow just as it started to scrap along the bottom. The stern was a bit out too. We tried going forwards a bit, then pulling back again to try to find a position where we would touch the bank. This wasn’t going to happen. But as we were a suitable distance from the bridge and the canal was wide enough we decided to call it a day. We only scrape the bottom as boats come past and the shade is very good, it’ll do us nicely. 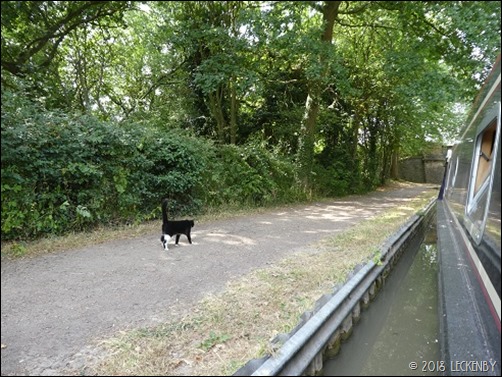