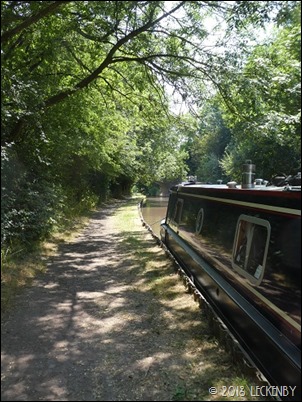 A chilly start to the day, it did warm up but it started with an extra layer of a cardigan in bed with my morning cuppa and long trousers by the evening. After not wearing trousers for what seems like months they cling and feel very strange around your calves. But having chilly legs when you don’t need to is silly. 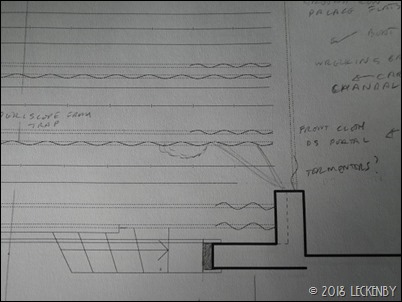 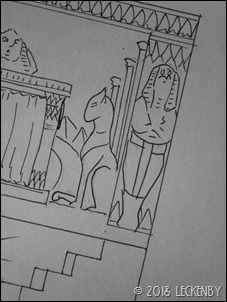 The front and back doors were opened up when we sat down for breakfast and Tilly was allowed out to have a morning explore. Hope she doesn’t get too used to them! After breakfast I started on my work. My thought was that I’d get a new story board completed today, sort of visual minutes from my meeting yesterday. Then hopefully get the thumbs up from the Director before sending it to the Production Manager for her to start to be included in the loop. Any major financial concerns can then be looked at before I’ve committed a lot of time in making a scale model. But things always take longer than you hope. 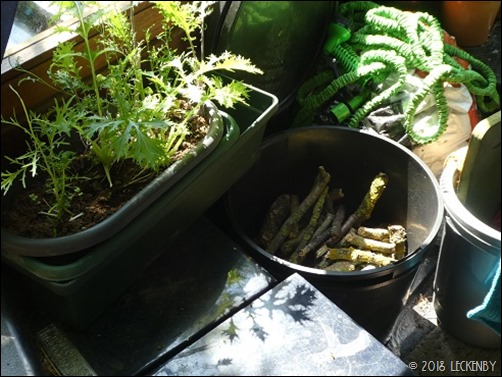 Mick spent the morning back in the engine bay. Today he treated Oleanna to fresh oil in the gear box and loosened off the stern gland. Yesterday he’d tightened it a touch too much and it had become quite hot when we moved. Then he collected up some dry twigs, the start of a kindling collection, it must have been a bit chilly!
After lunch Tilly returned when called and we could head for water at Hartshill Wharf. The tap there has good pressure which was just as well as our tank was below a quarter full when we arrived and soon we had a boat breasted up against us waiting their turn at the tap. After half an hour of chatting our tank gave it’s boom noise and then it started to overflow. We packed up our hose and moved off leaving the other boat to it.
The sun was out and the day warming up again, so another shady mooring was needed. We pootled along until a suitable spot showed itself. The exact same mooring we’d had nine days ago. The ant mooring! 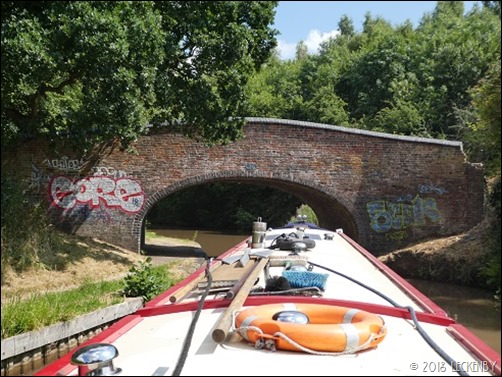 Once tied up and the trip computer stopped Tilly was read the riot act. ‘Five hours and no rolling in ants, NO ROLLING IN ANTS !!’ she said. So I did as I was told, the ants weren’t as appealing as the bunnies anyway.
Tilly’s friends can be quite noisy, the smaller ones only I can hear. But the larger they are the more audible, even Mick could hear todays friend. With the hot weather we’ve become blasé with the boat doors, leaving them open all day once moored. The noise made me look out of the side hatch, it wasn’t a bird call. There was Tilly struggling along the towpath with a very large friend, who wasn’t enjoying the experience of being brought home for tea one bit. DOORS!! All means of access onboard was shut off in time, Tillys lack of speed assisted with this. I then went out to see if I could assist in anyway. 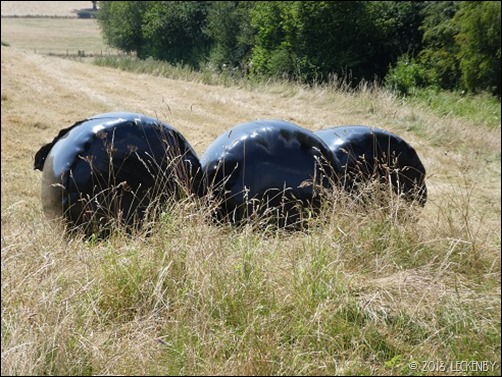 Tilly’s friend had been set loose and was free again. She was sulking in the friendly cover. I suspect she headed straight back to await the next one popping it’s head out from the warren. Just hope the wildlife will recover after we’ve been here a few days.