Before the lights went out last night we had another person loitering alongside Oleanna. Could it be another chap having received bad news? This one felt like someone was trying to sus out if a light had been left on to discourage intruders. At one point I thought they were trying to pear in through the curtains to see if anyone was inside. Mick turned the bathroom light on to see what would happen, they soon moved off. A minute or two later he then checked up and down the towpath with his torch and couldn’t see anyone. This made for an unsettled nights sleep. 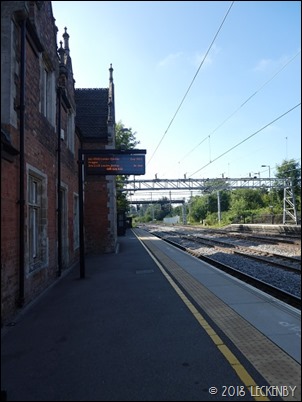 An early start today for me to be on the 9:09am train to Euston. Believing London would be at least a couple of degrees warmer than Atherstone I dressed accordingly. The train was packed, standing room only,but after Milton Keynes it thinned out a touch so I could sit on the floor for a while. Most people seemed to be wearing cardigans one lady even had a padded coat on, was I actually  going to the Arctic?!

As the train came into London passing over the Regents Canal near to Camden I tried to see if I could see NB Blackbird who has been moored there for a couple of days. But sadly the walls to the bridge were too high so no view of the canal at all, I waved anyway. Off the train I wished I’d put long trousers on, it was a couple of degrees (if not more) cooler than at Atherstone. 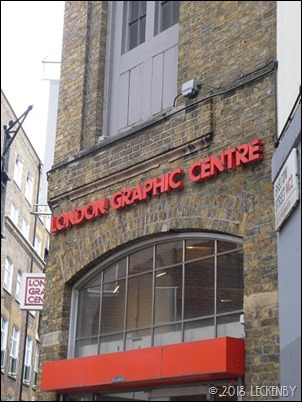 Arriving early for my meeting meant I could stock up on a couple of bits I know I’ll need for making a model. There are plenty of shops I could have gone to, but London Graphics would have a good choice of gold paints. I used to know the area quite well around Covent Garden, but shops have changed, places been redeveloped and it is 22 years ago that I lived in London Town. So it was hardly surprising that I went a bit array on my directions. The handy maps on the street corners didn’t really help either as they seem to have followed suit with the Pearson’s guides for the waterways by not having north upwards! Once I’d sussed that they were to look pretty, rather than be helpful, I twisted my head through 30 degrees and found the streets I was looking for. 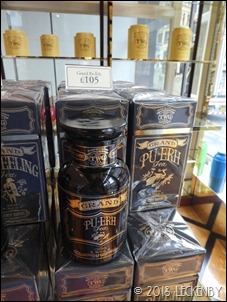 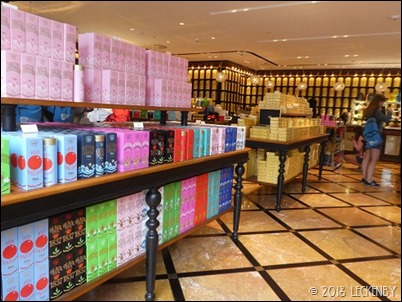 From the stage door of the Cambridge Theatre I knew where I was and walked to Piccadilly through Leicester Square. A new tea shop caught my eye on route so I popped in to see if they might have some loose leaf decaf tea. Very very quickly I realised that even if they had I wouldn’t be buying any tea. With boxes of 15 fabric tea bags selling for £16, and Haute Couture Teas £25 for 100g. On one table was a selection of their Grand Fine Harvest Teas, some were £75! The most expensive one Grand Golden Yin Zhen, a white tea which has been plated with 24ct Gold! For 45grams you will be forking out around £680, I can hear Frank right now ‘How MUCH!!!!’ You certainly wouldn’t be emptying the leaves into the bin at that price! 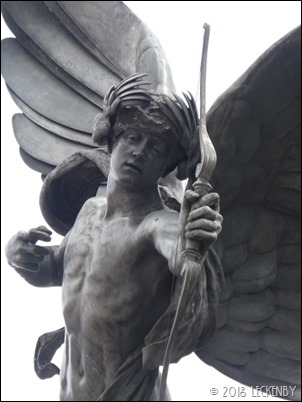 My meeting was at Fifth View a cafe/bar on the top floor of Waterstones in Piccadilly, the largest book shop in Europe. It is housed in a rather nice 1930’s building of which I only noticed the staircase and was spotted by the Director so forgot to take photos. My two hour meeting with Director, Producer and Costume Designer was very productive and I now have a lot of work to do, so if I don’t post for a couple of days it’s because I’m covered in card and glue trying to keep Tilly from playing with tiny things.

Meanwhile back on the boat. Tilly slept the whole day, not being interested in going out. Mick did some shopping, changed the 2nd fuel filter and cleaned out the in line fuel filter, changed the air filter, tightened the stern gland and topped up the grease. When the boat in front moved off be nudged Oleanna into their space where there was better shade. 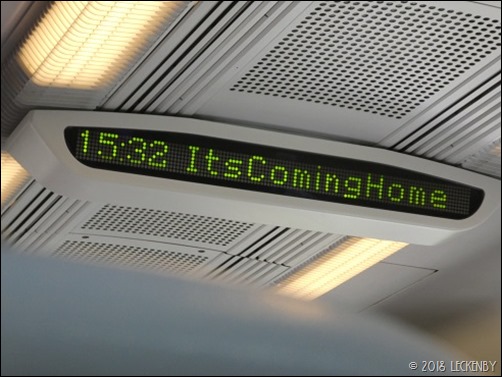 I was back in Atherstone just after 4pm, so we decided to move back out into the countryside. Here Tilly would be happier, she woke up when I got in and wanted to go straight out. Well Tom doesn’t know the rules like she does, so I didn’t want to risk getting anything wrong! So we moved out back towards Nuneaton to find a shady spot. Just over a mile and we found a suitable place, tied up and let Tilly out. 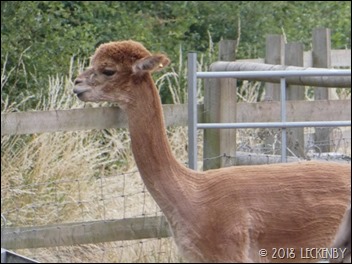 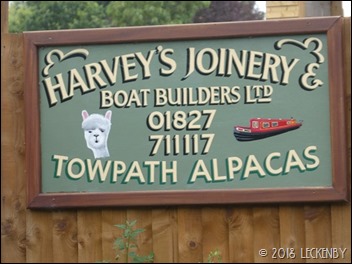 Here the nearby train line will keep us company, but we were far enough away from civilisation not to be bothered by the match. Our move meant that we could get ITV and ITV 4, so after we’d eaten Mick watched the second half and extra time of the match followed by the Tour. There seem to be more crashes than normal this year.