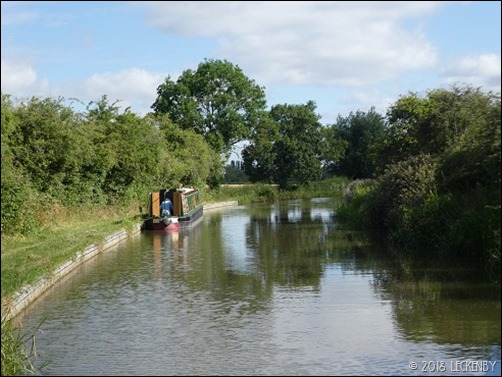 We waved goodbye to Richard who had NB Winding Downs engine board up and pushed off to do the last four and a half miles of the Ashby. 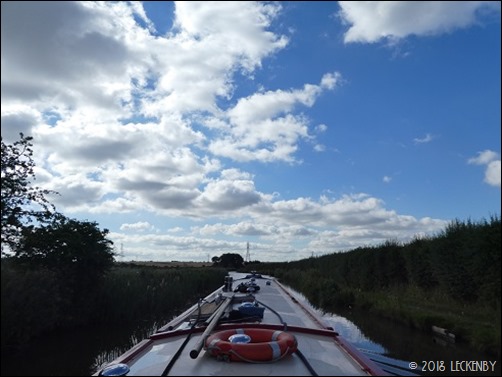 It was sunny but the sky had a good smattering of clouds that brought shade to the hills as we passed. 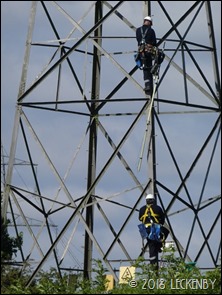 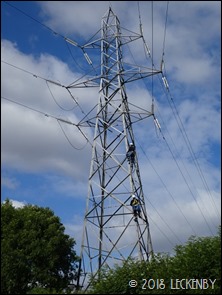 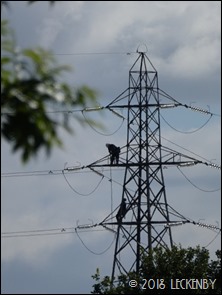 At one of the electricity pylons where they split round each other two chaps were climbing. Foot and hand rests go up two of the legs of the pylon and as they climbed they would move a safety line up these with every push upwards. It took them time, as you’d expect, and between them they had a long pole which was going to be used for something. They reached the first set of wires and then continued up to the second before they were out of sight. We wondered if the lines were live or not, still wouldn’t want that job. 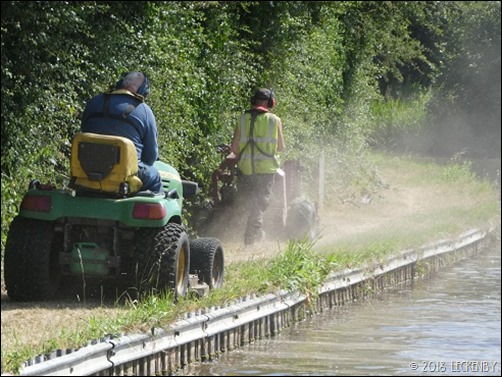 The towpaths were being mown, not that they need it, much of the grass has stopped growing with the lack of rain. All that was being created was clouds of dust by the two mowers! 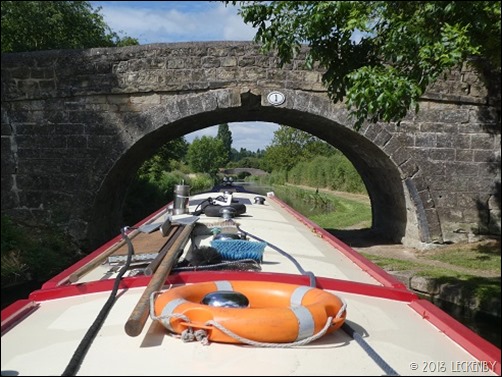 With Marston Junction up ahead I went to the front of the boat to see if the way was clear. You can see towards Coventry before you come under the final bridge and a boat just came into view, we slowed and then carefully nudged Oleannas bow out. The speed at which the boat passed at suggested there was no one coming from Nuneaton, but I checked anyway before Mick swung Oleanna out turning right back towards Atherstone. 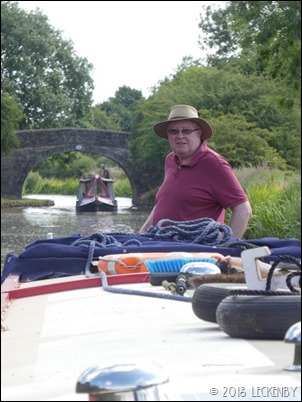 Back on familiar territory I put a load of washing on and then settled down to do some work. A reread of my script and slotting in of some song lyrics was needed today, if I did this whilst Mick was at the helm I would be able to concentrate, then once moored up I could get myself sorted for a meeting tomorrow and Mick wouldn’t have to be silent. 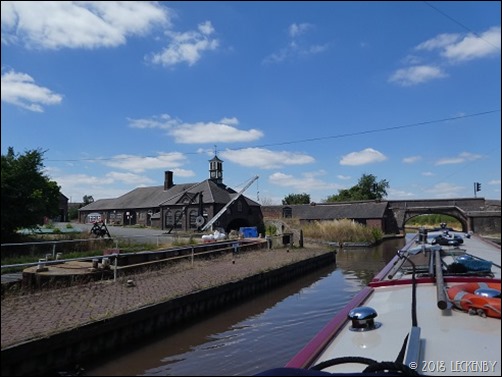 The trip back to Atherstone was fairly uneventful, I stuck my head out the back as we passed Hartshill Wharf (end of Act1) to see if Mick needed anything, he didn’t so Act 2 followed.

At Atherstone there were moorings before Taveners Bridge, but we carried on in case there was one on the next stretch. No space showed itself so at the top of the locks we pulled in, told the lockies we were winding and let one boat come out from the top lock and one go in before I held the bow rope and Mick motored the stern round. We made our way back through the bridge and moored up, all the clouds having dispersed by now and no shelter to be had. Oh well, we’d cope. Tilly was allowed out and set off to terrorise the local bird population in some sideways trees.

During the afternoon a couple of boats moved off so we decided to reverse back through the bridge to where we might just get some shade. Only problem was encouraging Tilly back onboard, she was far too busy and reluctant to come back. If we could have stayed in view from where we’d been moored it would have been fine, but that wasn’t possible, so we waited. Luckily the birdies became boring and she hopped back onboard, doors being closed immediately behind her. 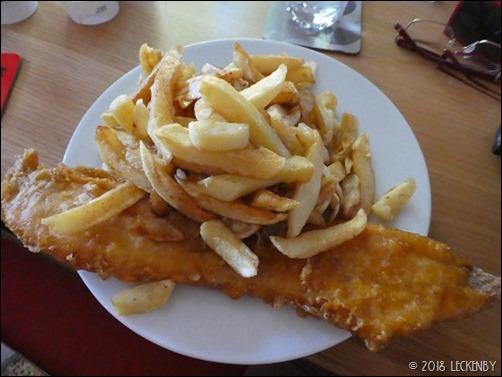 We decided to try out the chippy just up the road this evening. Either their portion control went wrong or the chap serving Mick misheard him asking for two small portions of chips! The batter on the fish just didn’t compare to that back home in Yorkshire, maybe it’s because they weren’t cooked in dripping.