No choice today, we resigned ourselves early on that we’d have no Saturday newspaper this week. A bike ride might have found one for us, but that would have taken up some of the precious cool morning. Instead we emptied the yellow water tank, we know how to live!

A little further on we came across the hire boaters, they were busy trying to work out how to fix their large St Georges flag to the side of the boat. Was it a good thing to be ahead of them? 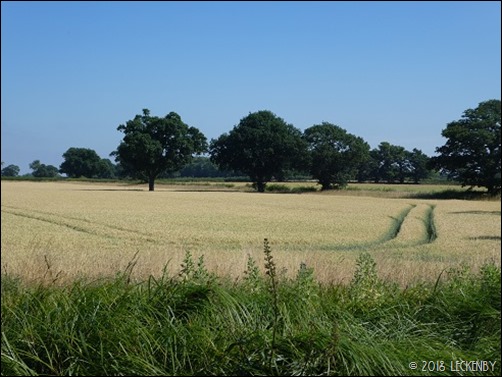 We followed another boat along the cut winding our way keeping to the 300ft contour, every now and then a view spread out to the west of ripening fields and dark green trees. The butterflies still busied themselves around the flowers and meadow sweet. 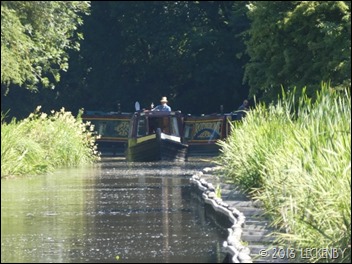 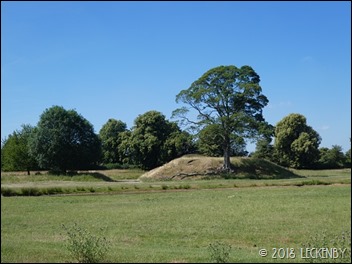 Up ahead a hairpin bend just by Shackerstone Station, the boat in front meeting one coming the other way which seemed to ground them. They managed to get off and carried on to pull up on the 48hr moorings at the start of a large bend in the canal that goes round the motte and bailey of the old castle to the east of the village. Last summer the Shackerstone Estate was put on the market for £13.5million, not sure if it’s sold yet. A place to come back and visit, spend some time exploring. But that will have to be another time, hopefully cooler! I have a meeting to get to next week so we need to be back near trains. So we have decided that we will need to come back to explore properly at some point. 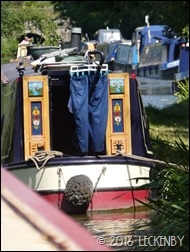 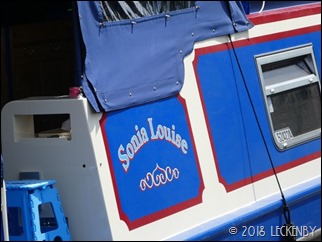 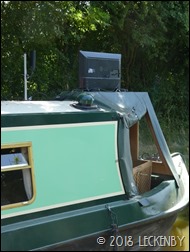 As we’ve been doing for the last week or so, we took note of potential shady moorings as we went, there were some good ones should the end of navigation not come up with anywhere. The moorings before Snarestone Tunnel were pretty full. The end boat had been doing some washing and a pair of trousers hung on the tiller looking like a topless person at the helm, they seemed to have grown a tail but no torso!  Our slow chug along gave us the opportunity to say hello to the lady on NB Sonia Louise a blog reader who’d been wondering if our bows would cross. Further along the line some organised boaters had set up their tv on the roof of their boat and had settled already to watch this afternoons match. 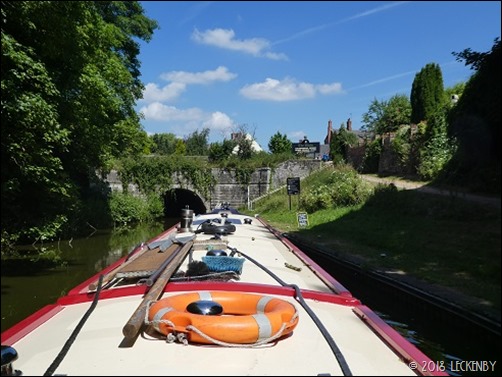 The tunnel was surprisingly warm, normally they are filled with chilled air and we’d been looking forward to our passage through. A couple more bridges and we reached the end of the navigable section of the canal by Quarry Lane. In a shorter boat you can go a bit further as there is a 50ft winding hole about a third of a mile further on, but for us we’d then have to reverse back to wind. 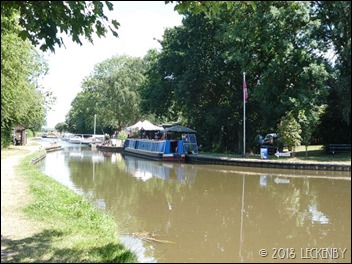 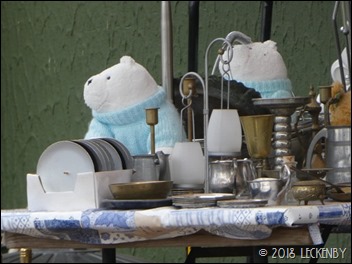 We moored up and went to have a look around the Ashby Canal Association kiosk. Here was a bric-a-brak sale with all sorts of stuff, none of which we were interested in. A selection of canal things was also on offer, but if you wanted a brass plaque for reaching the end of the Ashby, they were sold out. Maybe there was more to explore, but the temperatures at the moment are not conducive to such things. We will have to return.

As there was a tap we filled up then winded and started to head back as there were no suitable shady moorings at the end to keep us overnight. There was space amongst the boats near the tunnel, but too many dogs around for us to relax if Tilly was out. So we carried on to between Bridges 57 and 56 where the trees just about meet over the top of the canal and the towpath is good and wide. More importantly there were masses of trees along with some friendly cover. 6 hours! I’d do my best to make that longer. She did! 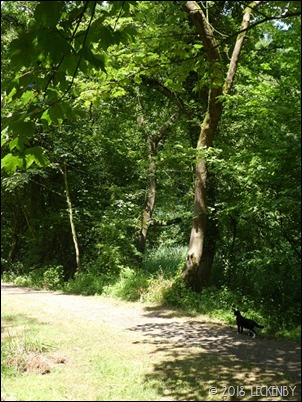 Mick watched the second half of the match as Tilly and I had a good walk along the towpath and then played chase the stick. She quite happily runs after sticks, but never returns them, so a good supply is needed, luckily here that wasn’t a problem. Then it was time for her to go further into the wood, only to resurface a couple of hours later with a friend in tow. All doors very quickly shut! The lull of boats going past that coincided with the match stopped an hour or so later, with the hire boat passing us early evening, luckily for us we’d picked a straight wide section of canal. 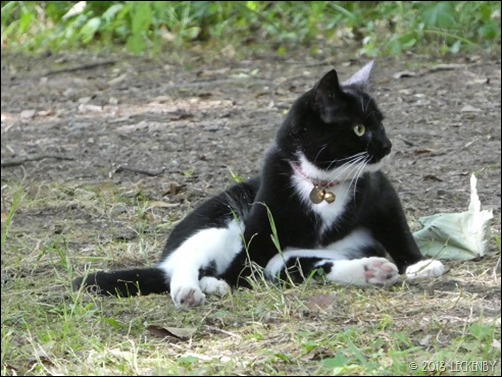 The farm shop sausages were very nice (to be recommended) along with some burgers and veg kebabs cooked on the barbecue in the evening dappled sunlight. We may not have quite got fully into the side but that didn’t matter. At gone 9 it was way past Tilly’s Dingding time, so the mad cat lady had to come out and walk along the towpath in the direction we’d last seen her go off in. It’s amazing how echoie a wood can be when you are shouting for your cat!