No early start for us today, we got to enjoy our Saturday paper with a cuppa in bed and watch the early risers heading for the locks. After breakfast Mick headed off for the station to make his way back into Birmingham. We’d decided that at £12 return each, one of us should go with ID for us both to see if the Post Office would hand over all the post. If they wouldn’t then another £12 would have to be handed over for me to make the journey too. 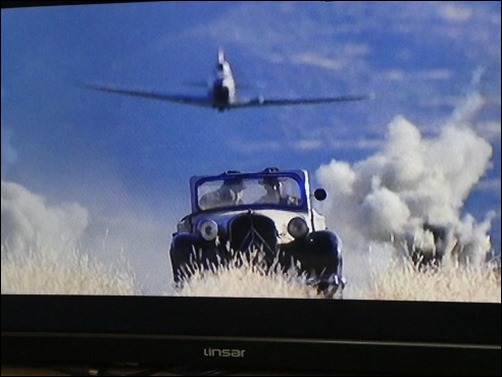 With all the curtains shut to keep the warming rays out I decided to use some of the charge coming in from the solar panel and watch anther Indiana Jones film. The Last Crusade sees the return of the Germans and has Sean Connery in it so far far better than The Temple of Doom. I got a message through from Mick that his trip had been successful and that he was on the next trains back. He returned just after Harrison Ford had successfully crossed the leap of faith and come across the ancient knight who guards the Holy Grail. 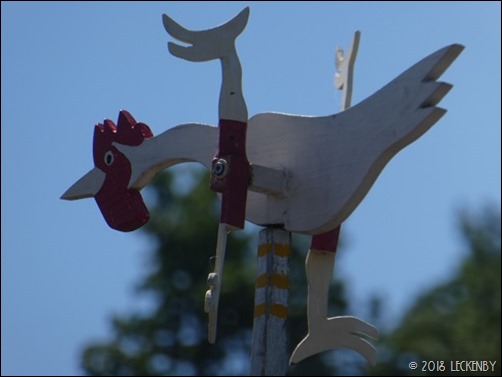 After lunch we pushed off, the next week at least all on the flat, no locks. Not far today, Springwood Haven was our destination. 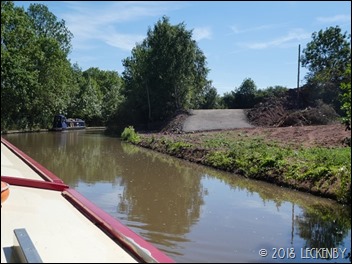 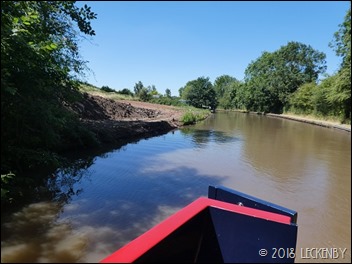 Between bridges 34 and 35 we were warned by a couple on the towpath of a large chunk of tarmac that had been dumped in the canal near a newly laid road and their boat. Several boats have got stuck on it, one this morning had required a tow to get free. C&RT had been informed. We kept a wide berth and were fine. 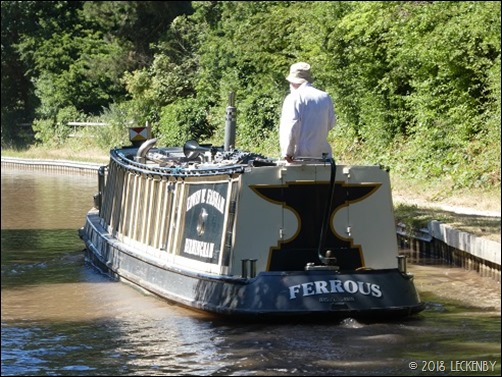 We passed NB Ferrous chugging along, large windows showing off it’s shiny engine, I believe she is a stainless steel boat, but a google search didn’t bring up much about her. The Anchor pub looks in better order than four years ago when we’d hoped to leave our car there but it was all shut up. A large awning over part of the garden helping to give some much needed shelter to drinkers. 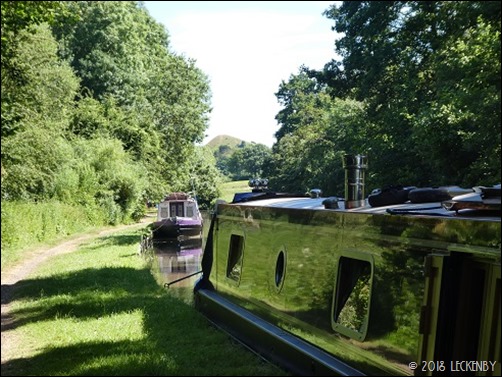 As Mount Jud came into view a very shady spot showed itself shortly before our normal mooring at Springwood Haven. You remember places with lots of trees and assume that there will be plenty of shade, but the sun seems to be the other way round than in our minds so all places we’ve thought of have been in full sun. So we grabbed our Oleanna sized patch and tied up. We walked over to the marina, bought some filters, a new Pearson’s guide for the Ashby, a correctly sized plug for the tunnel light and some chilled medication. The latter was of the Magnum variety which was nice but mass produced compared to what we’ve been spoilt with recently. 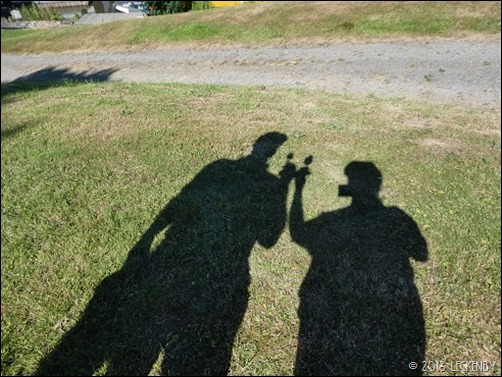 Back at Oleanna Tilly was chomping at the bit to get out and explore the area. We mentioned to our nearest neighbours that we had a cat and they kindly said they’d keep their dog on a lead. Off Tilly went disappearing into the trees to have fun.

After a couple of hours she ran inside, low, scatty, not her normal self. Someone was coming along the towpath, this explained her coming indoors, but not how she was behaving. She wouldn’t listen and shied away from me touching her, then ran back outside to continue to be bonkers out there. In and out, frantically licking herself, just what was going on?! Had she been bitten by something? Rolled in nettles? What? All I got back was ‘buf thi twees crwling si ways, thay sig on fer san sid, bt smel far meeeeow!!! ‘ 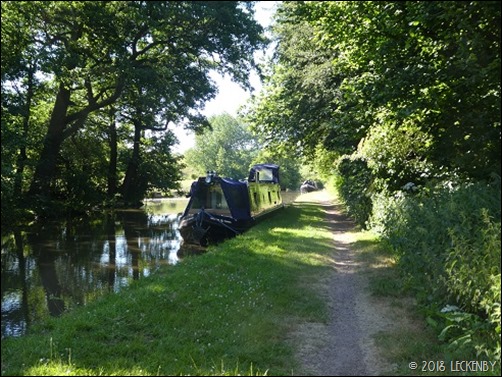 Next time she came in the doors were closed. What ever it was causing her to be like this could stay outside. Nothing was visible in her fur, we just hoped she’d calm down. After an hour or so she’d let me touch her and after another hour I was allowed to check for any lumps or bumps, but there was nothing. Mick did a bit of reading and discovered that ants when they die give off Oleic Acid, (intersting article) this is to alert other ants to their demise, they are then collected and taken back to the nest. Oleic Acid is present in cats facial pheromones, it’s used in Feliway spray to help calm them down. Large doses of it have a similar effect to cat nip. Tilly was off her face on ants! Well that’s what we hope was wrong. As the evening progressed she returned to normal. We’ll see what she’s like in the morning if there’s a problem we know of a vet an hours cruise away, but hopefully she’ll have come off her high by then.