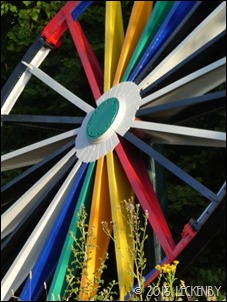 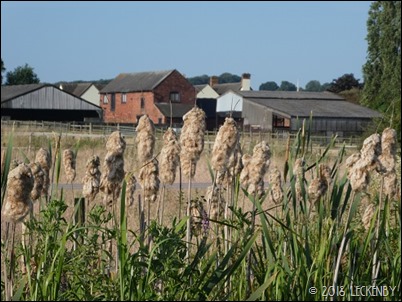 With over four miles to reach the bottom of the Atherston flight this morning we set off just gone 6am with our usual mugs of tea in hand at the helm instead of in bed. It took us around two chilly hours slowing past the numerous moored boats. We’d thought of stopping to deal with rubbish and top up with water at Bradley Green but a boat was just pulling in, right into the middle of the bollards. No point in asking them to move up as we could do what we wanted further along. 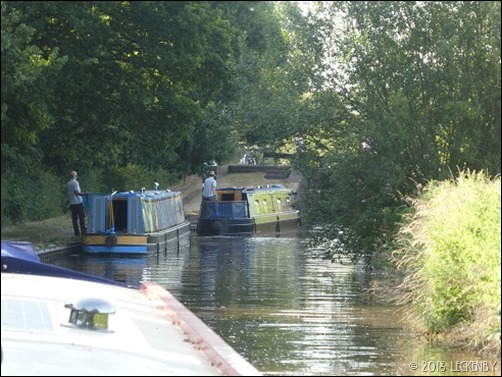 Approaching the bottom lock it was obvious we’d be joining a queue, third in line. It now being 8am we’d missed the advantage of setting off early, it was guaranteed to be busy here, always is except in  winter.

The front boat headed into the lock, we pulled in and I strolled up to the lock to help with gates and have a morning chat, getting to know the people on the boat ahead. Plenty of hands to keep us all moving. The bottom of the flight is made up of three pairs of locks which have gaps between them. Everyone keen to get moving meant that we ended up with two boats in the short pounds between the pairs often, luckily the water levels could cope with this.

The lady from two boats ahead thought that there were eight boats ahead of them going up, so we were eleventh not third! They were out for a couple of months and had wanted to cruise in the north, but with stoppages they had decided to head southwards instead. With the Cheshire Ring, Four Counties and Liverpool out of action at the moment it was most probably a wise move. 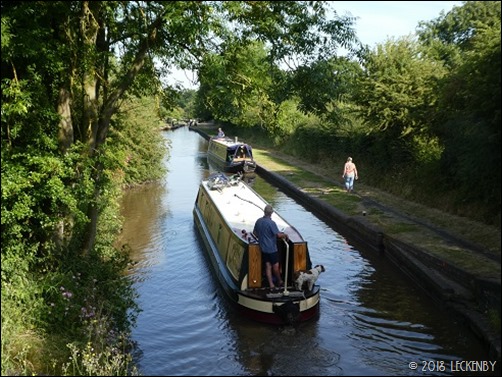 In front of us was a freshly painted share boat, it was only it’s second trip out since it’s new lick of paint. Sadly yesterday they had caught a branch somewhere on the offside which had left a mark down the cabin side. This would be bad if it was totally your own boat, but with five other couples to explain it to! The lady was going to try her best to polish it out, but she had noticed that the bow looked like it had been touched up with a near but not quite matching cream. As her boat moved up the locks we were left on our own to open and close gates for the first couple of locks until another boat appeared from behind.

Their crew were very keen and they soon caught us up. No point in rushing as there was nowhere to rush to, just join in at the pace the lead boat was moving at along with a couple of boats that were coming down. On this boat there were two couples hoping to reach Calcutt by the end of tomorrow. One lady was very chatty and I did get to know almost all of her life history. With a caravan currently near Whitby she and her husband were astounded at the beauty of the countryside, we had lots we could chat about which made the ever increasing heat more bearable.

After lock 6 there is a longish pound with 48hr visitor moorings, we pulled in for breakfast in the shade of the big trees as a boat pulled out taking our place in the long line of ascending boats. It was 10:30 by now we thought we’d have been at the top, but you can’t rush these things. Breakfast seemed odd, maybe we should have had lunch instead! 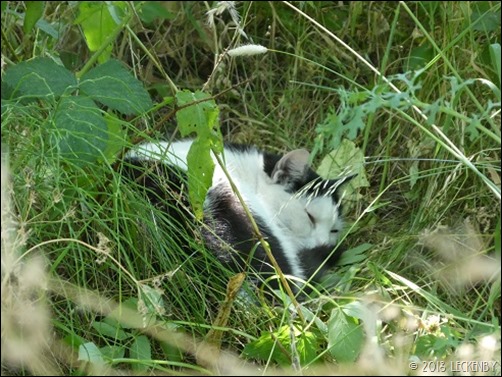 It’s the first time we’ve walked into Atherstone for some shopping. Everyone tells you about Aldi and how handy it is. As their head office is close by I’d wondered if this store would be the best we’d been to, or would it be tired and old. It was neither, just the same as most we’ve visited. I knew I wouldn’t get a few things that I wanted, but there was far less than I’d imagined, so we crossed over the road to the Co-op to finish off.

With need of access to Birmingham to get our post we decided to not venture too much further, but we did need bins and water and this mooring was a touch too close to the railway for a peaceful afternoon. After Lock 5 we pulled in and topped up the water. We were following someone so the pause meant we wouldn’t be on their heals and a boat might come down in the mean time to set the locks. No boat came down. 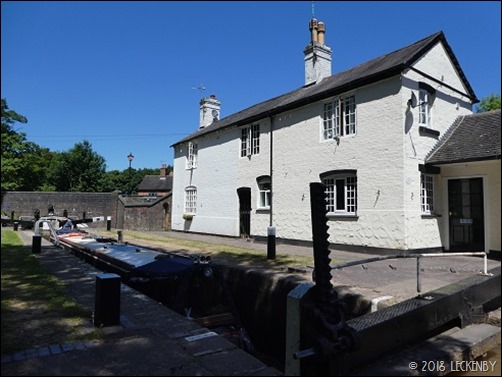 There are normally volunteer Lockies on the flight and we’d seen a couple of them this morning collecting rubbish. One of them had stopped and asked if we’d been to Glasson last year as he recognised Oleanna.

They tend to man the top three locks, especially as there is a bend between 2 and 3, so you can’t see if anyone is coming (they have radios). There was nobody there, I set the lock as Mick exited the one below and closed the gates. In the pound above was the boat we’d been following, a Lockie was investigating this chaps weedhatch for him. I could make out movement in the water, was it the lock being emptied or just the wind? Around the bend came a boat and a Lockie who signalled to the helm to pull in. It was too late for Mick to leave the gate below open.

The Lockie stood by the top gate, I closed one bottom gate and walked round to close the other, suggesting that they should have a mirror so that you can see round the bend. He commented on our efficient locking method, even though he still just stood there and watched me walk all the way round! 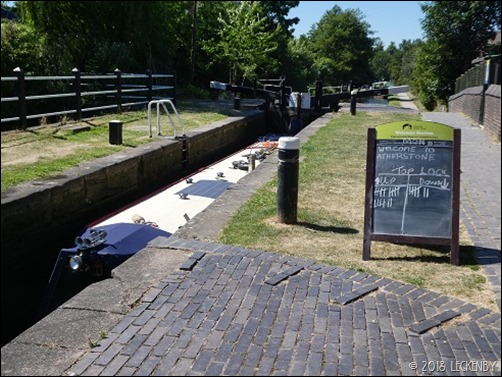 Up the last two locks and it looked like we’d ended up being the 18th boat up today, well since the Lockies started in the morning, there may have been others earlier. We pulled in at the services to deal with rubbish and empty our yellow water as two boats arrived to go down. The next stretch of moorings had gaps and looked like they would soon be in shade. Not such a nice mooring as yesterday, quieter than further down, but it would keep us near the railway. 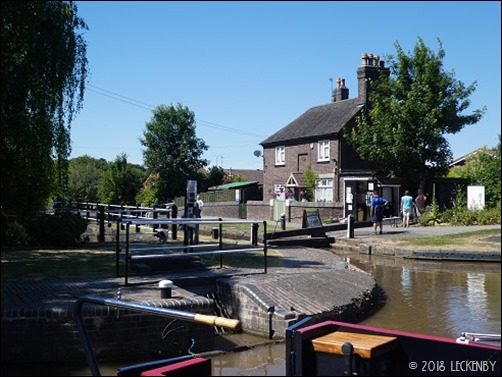