Last night as we laid reading in bed I could hear someone outside, shoes on gravel. Nothing unusual about this people walk past on the towpath at all times, but this person wasn’t passing, they had stopped. Mick thought they had moved on several times and that I was just fretting. But I’d not heard footsteps leaving, just the occasional scuff of the gravel outside our bedroom window. In the end  Mick got up and dressed and armed with a torch went out the back to ‘check the ropes!’ A chap was leaning against the fence outside our bedroom and asked if Mick was okay and Mick asked if he was alright. There was a story of just having heard that his wife had just been diagnosed with breast cancer and he’d come out to help clear his head. This may have been plausible, but you never know. They chatted for a short while then Mick came back in, the chap then moved away. 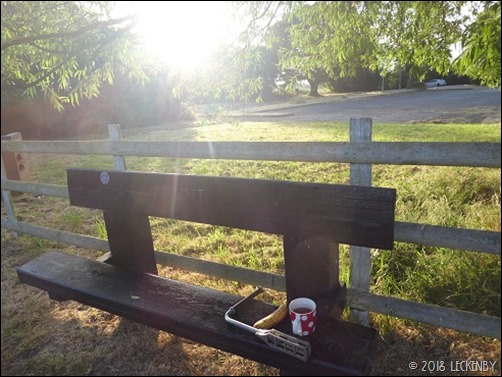 The alarm was set for early, we wanted to try to beat the sun today. At 6:15am both ropes were untied, engine started and we pushed off through the low lying mist on the canal, creeping past our neighbours to the lock. 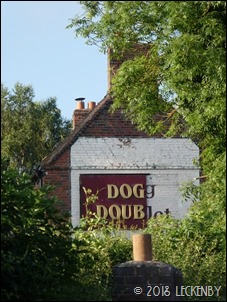 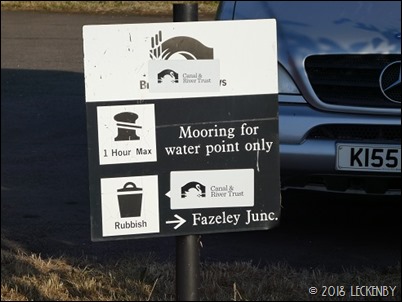 Outside the Dog and Doublet was very quiet compared to last night. Just after Bodymoor Heath Bridge we pulled in on the offside. There is a slightly confusing sign here that suggests that there are no bins until Fazeley, these no longer exist, but in the corner of the car park there is a bin compound including recycling. At last we cleared all the plastic, glass and cardboard, space again. 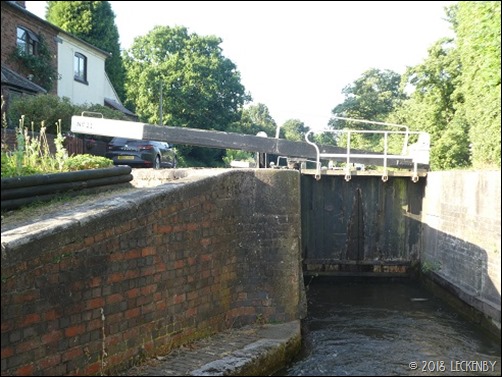 Down the last two locks of the Curdworth flight, back into the land of double bottom gates. The canal now runs alongside a nature reserve, the birds were being very noisy. Two winters ago we’d last been here, a stoppage on the locks meaning we were on a dead end. 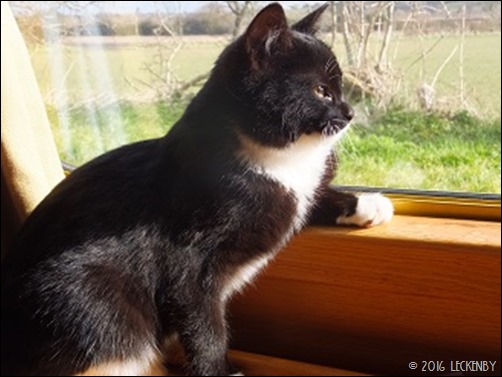 The views then were better the hedges neatly trimmed and no leaves to block our view as today. Tilly, still only about five months old, could only look out from Houdini’s shelf at the view, shore leave not yet granted. 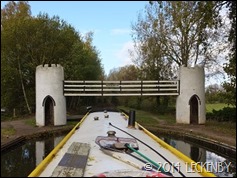 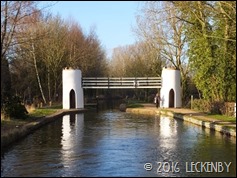 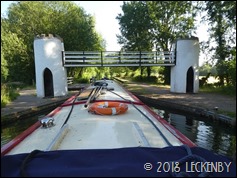 Drayton Turret Bridge today was surround by fat green trees and there was no big bump under the water as we cruised under Coleshill Road Bridge. For those who miss the services at Fazeley, you can now use those at Fazeley Mill Marina when it is open. We didn’t need to stop and carried on past Tolson’s Mill which has been a gym for the last two years, the fantastic wool shop now sadly a thing of the past. 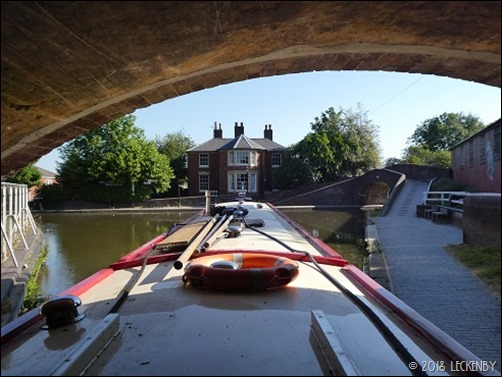 At the junction we turned right onto the Coventry Canal, not many boats about and the cruising club looked quite empty too. 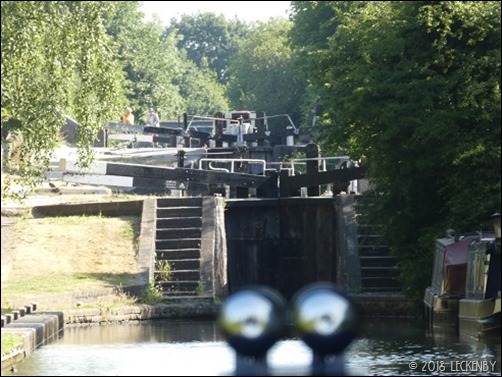 Glascote Locks were to start our ascent again. It turned out that what at first looked like a boat about to come down was just walkers stopping for an early morning chat. You quite often have to queue here, but our arrival at just gone 9am was before everyone got going. 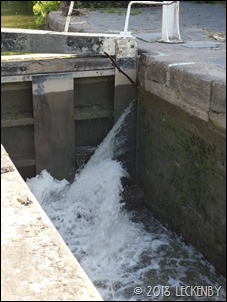 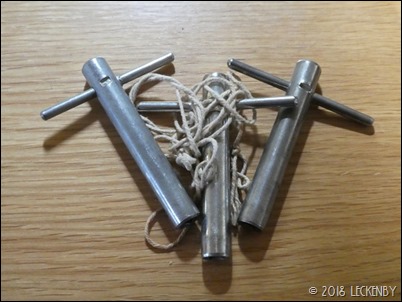 I started to set the bottom lock, only to discover a huge leak on the top gate, a torrent of water was forging it’s way around a trapped branch. I quickly lowered the paddles and refilled the lock, hoping this would waste less water than if I fought to open the bottom gates then the time it would take to get Oleanna into the lock. By that time the small connecting pound would have been well down. As the levels equalised the branch just popped out of the gate, only a small thing can cause quite a leak.

Above the locks we made our way to the far end of the visitor moorings and tied up for breakfast. Then a top up shop from the very handy Co-op, including charcoal and quite a few items from their sad gits section. By the time we pushed off again it was 11:30 and starting to get quite hot. The canal was far busier than we’ve seen since Lapworth, mainly because we’d now joined a very popular route up and down the country where you can avoid going into Birmingham. 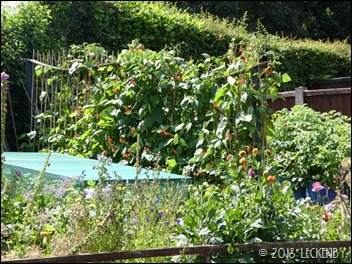 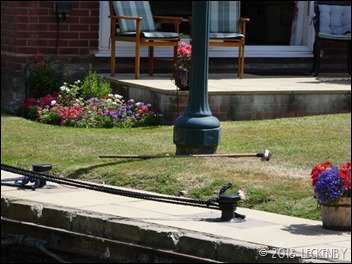 We wound our way around the outskirts of Tamworth. This is where Tilly had her first set of vaccinations so we got to know the gardens quite well. We were heartened to see that the immaculate lawn that gets swept was still very tidy. No one was sweeping it today, but the brush lay waiting should anyone see a rogue leaf. 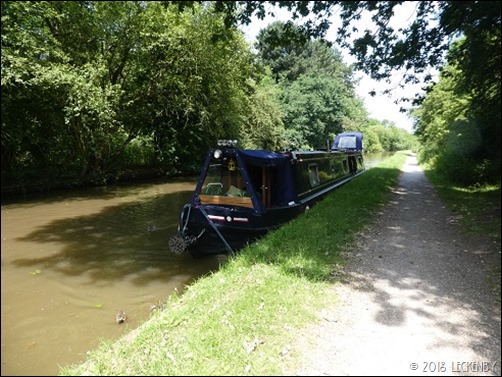 Alvecote Marina was busy and the Samuel Barlow pub looked like they were in for a good afternoons trade. We carried on hoping that a tree would oblige a short distance further on, with sufficient distance from the railway line to have a peaceful afternoon in the shade. Having moored along this stretch before we knew roughly where we wanted to be, just one more slight bend would do. There in front of us was a shadow of a tree 59ft long, 6 inches spare. On the opposite side of the cut were more tall trees, maybe we’d get sun for an hour,  but then the shade would return. This mooring also had a bonus a wide footpath leading into the woods where we’d be able to set up our chairs and have a barbecue without infringing on the towpath. 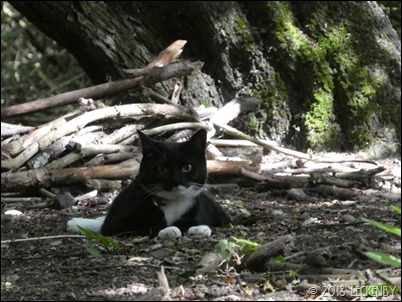 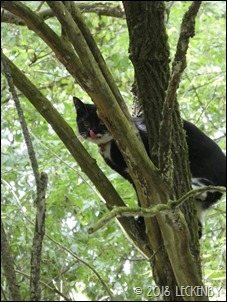 They thought it was good! It was blooin bl**y brilliant!!!! I had a good sniff round to see what there was, then headed down the path to the far side. So much to keep me busy you would not believe it. At the current rate that the outsides get changed I reckon I’ll be fine here for a week. She said I had six hours and then maybe more as she and Tom were going to sit out this evening, so a whole lifetime! Pouncing commenced, followed by climbing. Even though there was lots of shade it was still quite warm so flopping to the ground was necessary at times. 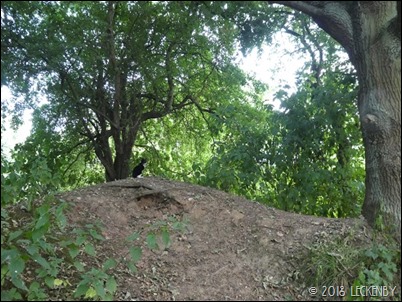 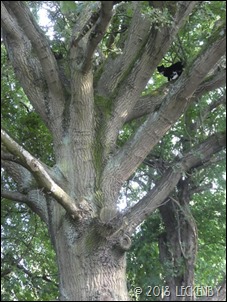 She kept saying I should climb the biggest tree, ‘don’t leave it for tomorrow’. So I went part way up leaving loads more of it to conquer tomorrow, I didn’t want to use it all up at once. 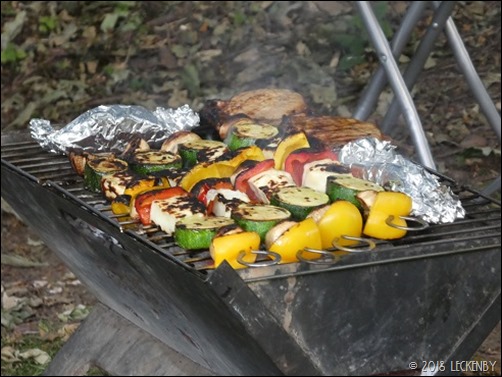 Lump wood charcoal tends to burn hotter and quicker than the briquettes we normally get. I stupidly took a couple of photos and delayed turning over the veg and haloumi kebabs, they became veg haloumi and carbon kebabs. Oh well it’s meant to be good for you and it was only on one side. 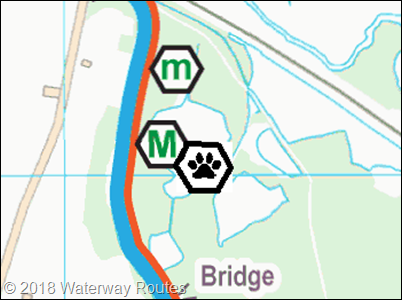