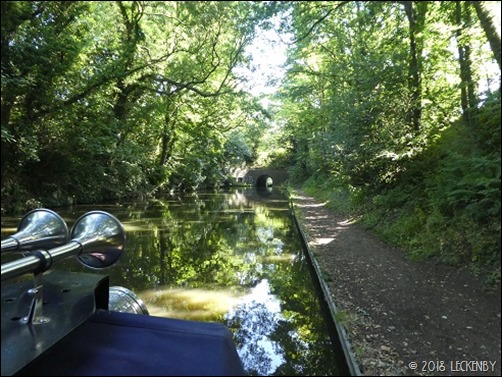 Tea in bed was allowed today, but it wasn’t followed by breakfast straight away, we had a newspaper to find. We pushed off and cruised about a mile further on to just before Curdworth Tunnel. Here there was shade in abundance, maybe we should have pushed on to here yesterday, but the only view was of trees so no sunset. 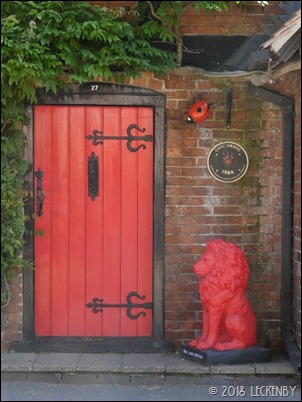 With the thought that the Post office might run out of our chosen paper before we got there we walked straight into the village crossing the big main road. As we approached there was a lady leaning against a skip by the front door, she asked if we’d come from the canal. The Post Office closed on the 24th June for refurbishment, so no newspapers or milk available for a while, in fact there was very little inside the shop at all. She gave us directions to the nearest paper shop, back to the main road, turn left and walk for about half an hour. We went back to the boat to check on it’s location.

Over breakfast, google maps and street view were checked, no sign on street view of a shop, but there was an Asda on the other side of the canal a bit further on, a bike ride away. We’d stocked up on a few things before leaving Birmingham but had totally forgotten about breakfast things. So off Mick went on a Brompton, returning with a newspaper and enough to keep us going for a couple of days.

We could now push on, all of the 3 miles we had planned. Notes were made of possible sheltered moorings so that we didn’t pass them. 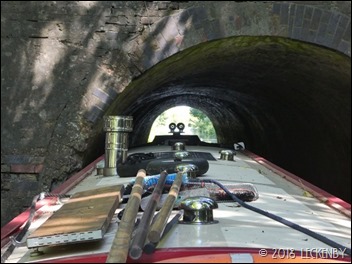 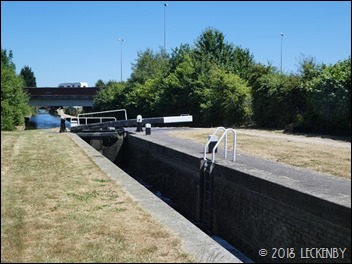 Through Curdworth Tunnel all 57 yards of it, good job Mick had bodged the tunnel light together yesterday even though we didn’t use it! Another half mile and we were at the first lock of the Curdworth flight. This is a modern lock as it had to be moved when the M6 Toll was built. 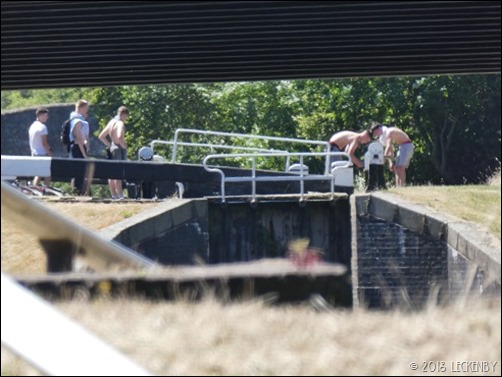 A short distance on we pulled over to top up with water just as a large group of lads cycled past us. They all stopped at the lock and then spent quite a bit of time trying to work out how to fill the lock, presumably to swim in it. They had no luck in filling it so after some time carried on cycling along the towpath. Glad we hadn’t come across them, ten teenage lads in lock. 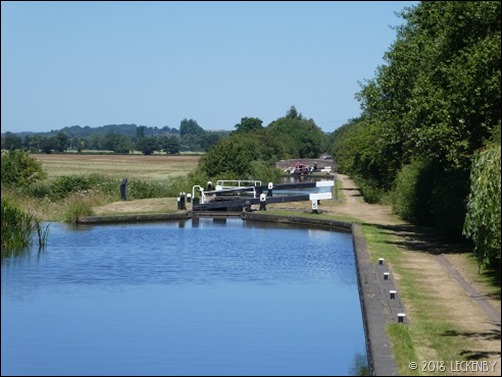 We’d missed the cool hours by now and the heat was building up again. We came through here in October 2014 on a day with a different extreme of weather. It started to rain at the second lock, we managed to put on waterproof coats but no trousers, Mick sheltered under the pram cover and bridge holes, but I got wetter than if I’d fallen in! No chance of that today, although Mick took the opportunity to shelter under the bridges again, I had very little shade to wait in as the locks filled or emptied. All the locks have flower beds by them and are well tended with neatly cut grass. Having said that there was very little green grass around, most of it now parched and brittle to walk on. 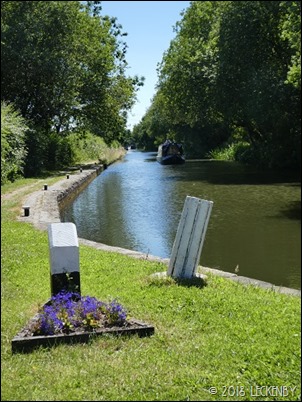 After Lock 7 we started to look for shade, the spot I’d got my eyes on already had a couple of boats moored there, tall trees on both sides of the cut. We pulled in behind them but were soon going to be in full sunlight for the remainder of the day. Below Lock 8 on the 48hr moorings for the Dog and Doublet there was only one boat, but the trees on the off side didn’t look like they would give us much shelter, so we stayed put as the sun heated up our port side making the interior of the cabin like an oven. 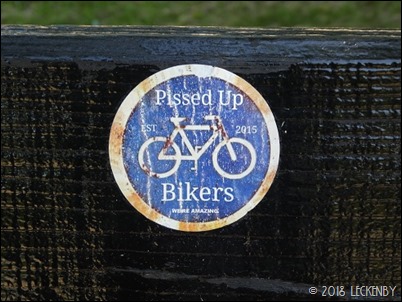 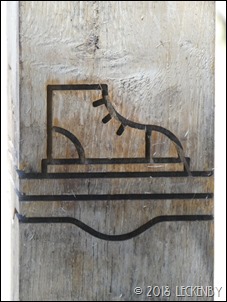 I watched most of the second Indiana Jones film Temple of Doom, which suffered from having a 1980’s female character who screams a lot for comedy effect. Not a patch on Raiders of the Lost Ark! Mick sat reading his paper in the shade of some trees in the garden of Brook Marston Farm Hotel, which looked a touch closed, whilst Tilly had a good explore without a green mesh fence getting in the way. 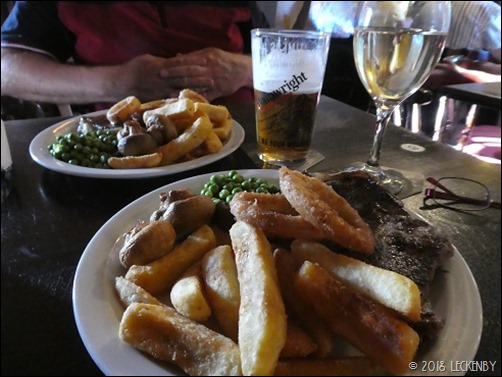 In the evening we walked down to the Dog and Doublet for some food and a drink. It was tenth in the ten UK’s best waterside pubs in the Guardian this week. We especially like the quote in the article from the landlady. This didn’t seem to have put anybody off as all the outside tables were chocka and it was quite busy inside too. We stopped here before and had a pleasant meal. Tonight we both opted for a Sirloin Steak and chips each. If only the chef had seasoned our meat before cooking it, they would have been good steaks. As we headed back to the boat for some chilled medication Mick noticed a paddle had been left up at the lock, so he kindly returned with a windlass and closed it for the last boat that had come through. We really didn’t want to have to fill pounds again tomorrow.