Yesterday an email changed all our plans for the rest of the summer, this years goal posts had been moved, we’re not sure where/when to yet. But the next few months we are free to cruise where we want. The question now was where? Last night we’d talked about routes  but not come up with a definite plan. Overnight whilst Mick snored away in bed the canal planner in his brain had got to work, he awoke with an idea. With the forecast set to continue being hot for at least the next week, did we really want to be in Birmingham where all day long the heat reflects off the concrete surfaces whilst also soaking in only to be released overnight? Or would we rather head out into the countryside where shade is easier to find, cats can pounce to their hearts content and barbecues are easier to have sitting on green towpaths. Our cruising is limited to the midlands as I’ll still need to able to get to Chipping Norton and London for meetings every now and then and would rather not spend too much time on trains. Mick’s canal planner had come up with the idea of heading to the Ashby, the canal we’ve passed many times but not had enough time to turn into. 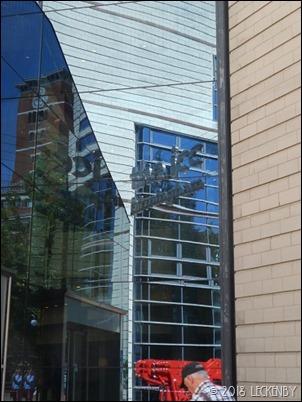 Over breakfast he set about finding us a suitable mooring for tonight. Getting out of Birmingham no matter which way you go involves locks, lots of them and areas you wouldn’t really want to moor up. Our most direct route has a closure on it, we could head round the closure one of two ways. One way meant few miles but a lot of locks, the other fewer locks but more miles. It was already getting hot outside and we still needed to go to the Post Office, so we opted for the fewer locks and some new water. 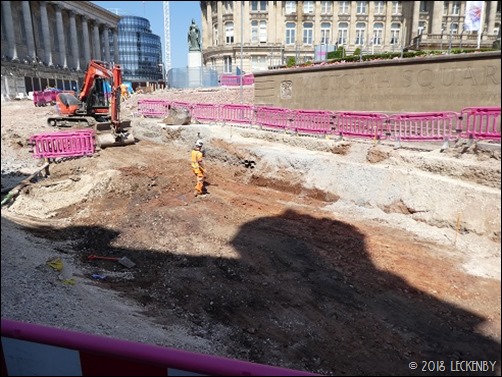 Sadly neither of our parcels were waiting for us at the Post Office, we may have to have a day trip back for them. The Victorian Street was no more, having been brushed aside now for the new tram extension. 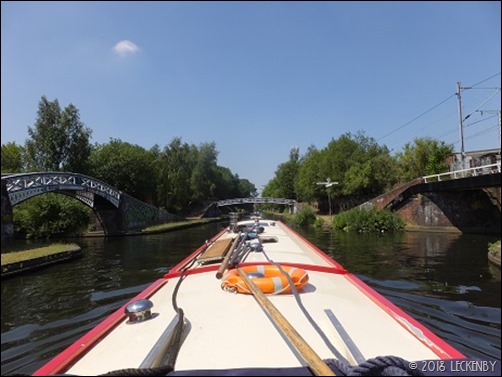 It was rather hot outside, setting off or waiting whilst we had lunch wasn’t going to make much difference so we had a quick butty, slapped on the sun cream before rolling back the covers and pushing off towards Pudding Green Junction. We’ve come into Birmingham quite a few times along the New Main Line but we’ve never left this way and we’ve never been along this stretch when it’s been so green and sunny! There are 2,000 miles of waterways to explore, but then there are four seasons to see them in, there and back again, so that’s 16,000 miles to cover. 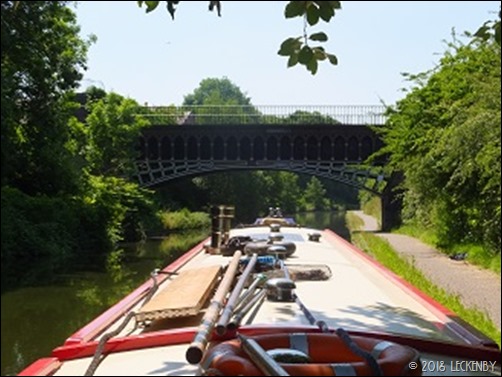 Under the Engine Arm. 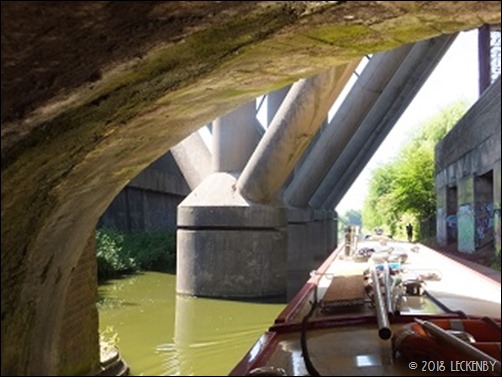 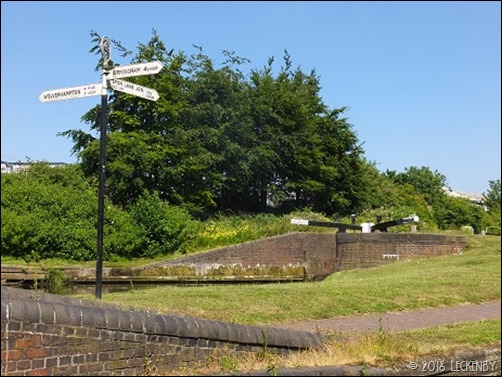 Past Spon Lane Locks, all familiar sights to us. 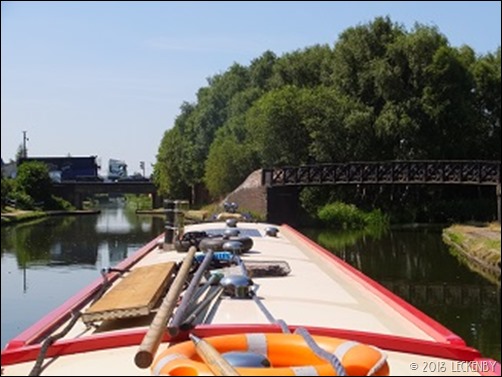 At Pudding Green Junction we turned right onto the Wednesbury Old Canal, the atmosphere of the cut changing almost instantly, new water narrow and reedy. We refrained from trying to carry on up to the terminus and turned left onto the Walsall Canal where Ryders Green Locks waited for us. A chap moored at the top said the locks had been chained earlier in the day, they were open now and in our favour. The penny didn’t drop with either of us until we met a battered cruiser being bow hauled up the flight, they mentioned something about the flight being locked at 4. Ryders Green has had a spate of vandalism over night, so now it is locked from 4pm to 8am. We knew about this but had forgotten, it was now 3:30pm and we still had at least four locks to do! 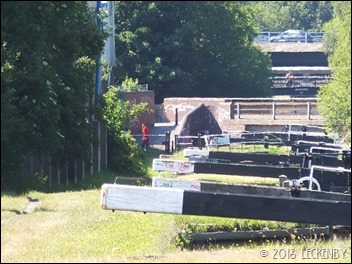 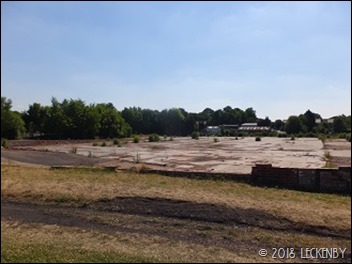 Not the most picturesque locks, with flattened warehouses to one side with barbed wire fencing we didn’t mind not taking our time and tried to be as efficient as possible. Below at Lock 7 we could see a couple of C&RT blue t-shirts, paddles were being wound up to fill the lock for us and we were still one lock away, it was 4pm and there was still lock 8 to go. We apologised to the two chaps who helped us into the lock and then they vanished through a hedge to go and unlock the bottom lock.

Chatting to the Lockies at the bottom lock they said that they are playing Cat and Mouse with three youths at the moment, regular drinkers at the previous lock have passed on information about what the kids get up to, they are all known by the Police. But sadly emptying pounds, breaking antivandal locks and lifting lock gates out from their seating causing thousands of pounds worth of damage isn’t worth following up. So the Lockies are hoping that the youths tire before they do. As soon as Oleanna was in the lock the top paddles were chained shut and the chaps headed off only twenty five minutes late. 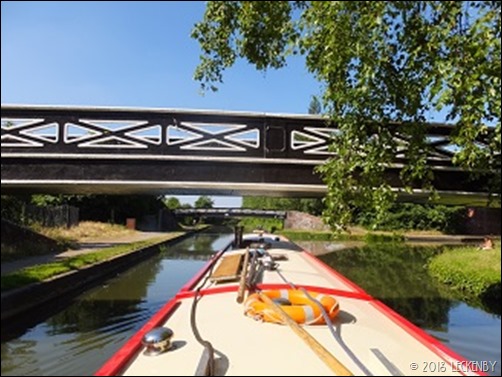 Not quite a mile further on and we reached Ocker Hill where the Tame Valley stretches off to the east. Far straighter than the Walsall Canal the Tame Valley was built around 50 years later, a long stretch on the flat built on embankments and through cuttings. 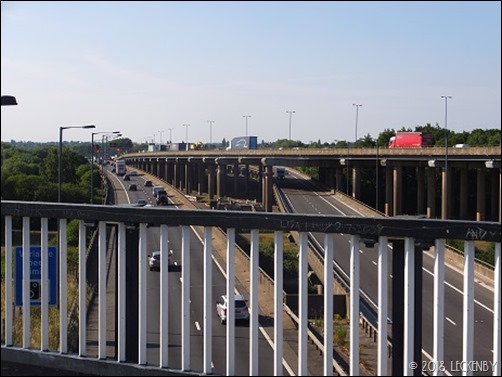 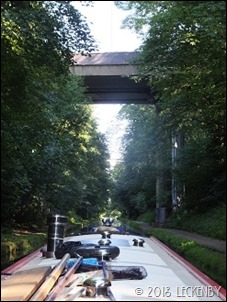 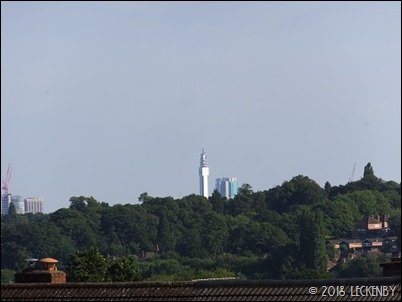 There were views back towards Birmingham to where we’d started, the BT tower not even four miles away, we’d done a big loop round. Then we were into cuttings with bridges high above again, a great mixture reminiscent of the Shroppie, just far more urban. 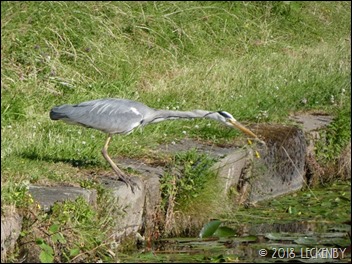 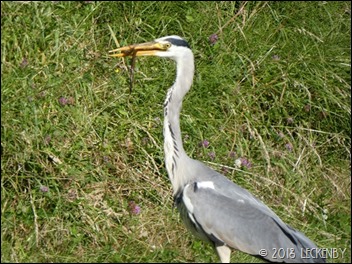 Perry Bar Top Lock came into sight, we decided to top up with water before pushing over to the 24hr mooring saving us time in the morning. Apart from a couple of motorbikes that sped up and down the towpath once our mooring was quiet. At around 9:30 we could hear noises, a boat was coming up the locks. Mick went out to check we’d left them enough space to moor, not imagining they would be pressing onwards at that time. A request for a Nicholsons guide to show them the way to Stourbridge. They were delivering the boat for someone and they needed to be in Kidderminster by the end of tomorrow! They were without a guide and hoping to negotiate their way around the BCN where there seems to be a junction every mile or so. They pressed onwards to moor below Ryders Green Locks so that they could be there when they open in the morning, not a place we’d moor.

Mick came back into the boat as the chaps said thank you for his help. We then heard a paddle being dropped and the boat came past us. Only one paddle had dropped, what about the other? It was still wide open for all to see along with the gate! Mick wound the paddle down and closed the gate, it was too late to walk down the flight to see if all had been shut up, here’s hoping we’ve got water in the morning.