Bananas! Bananas! Sadly not ‘Picked fresh this morning!’ as a vendor used to shout at Surrey Street market in Croydon in my college days, no-one believed him but it brightened up your day. At the Bull Ring Markets the sellers are not quite so imaginative. 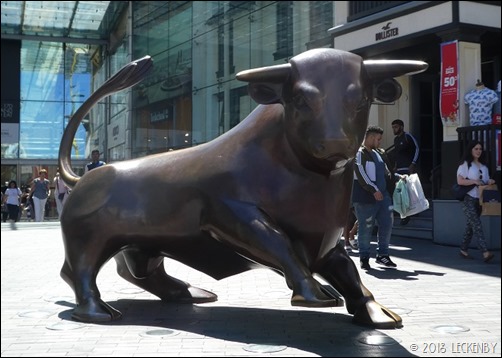 The market legally began in 1154 when a local landowner, obtained a charter from Henry II. It initially began with the trade of textiles and over it’s first hundred years the area developed into a leading market town and a major cloth trade was established. By the early 18th Century the trade of spices and meat was starting to take over from that of cloth. By the late 18th Century properties were being bought and demolished to create a central market area. Small streets such as The Shambles, Corn Cheaping and Cock Street were demolished, The Shambles having been predominantly butchers shops close to where Bulls were slaughtered. By the 1830’s a grand facaded sheltered market was being built which housed some 600 stalls. 1869 saw a fish market completed followed in 1884 by a sheltered vegetable market. 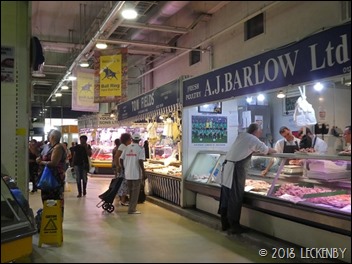 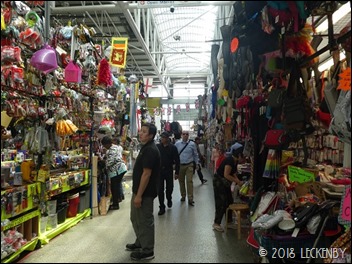 During WW2 some damage was done to the buildings and in the 1960’s new buildings rose from the ground. An outdoor market and a new indoor shopping centre, the first in the country with a submerged indoor market area. At the time it was considered the height of modernity, but high rents in the shopping centre meant that traders went elsewhere. It did not age well and soon became regarded as an example of 1960s boxy grey concrete architecture, isolated by ringroads and only connected by pedestrian subways, part of Birmingham’s concrete jungle. 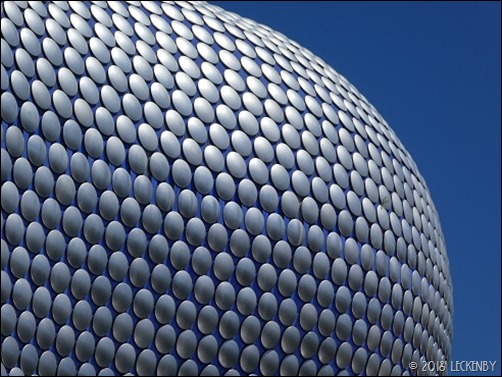 After numerous proposed plans to redevelop the area work began in 2000 with most market traders moving to the Rag Market. The new design mixed both a traditional market and modern retail units. Selfridges, John Lewis, Debenhams now sit high above the markets with St Martin’s Church half way up the hill in between. 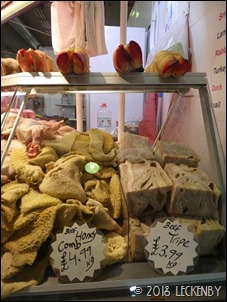 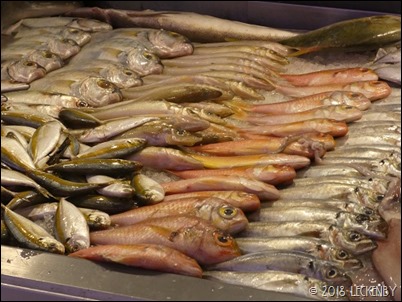 Today the area was filled with people. I had a good wander around the three areas of market. The first selling your standard market tat, but the lower half of the building filled with butchers and fish mongers. Here you could buy Pigs feet, two types of Tripe, just about any fish you could imagine. I wish I’d known what half of them were and what to do with them. Four fish for £10, but no freezer space. I so wish my Mum had been with me she’d have loved it and would have insisted on buying enough fish for a least one meal and more for a fishy soup. 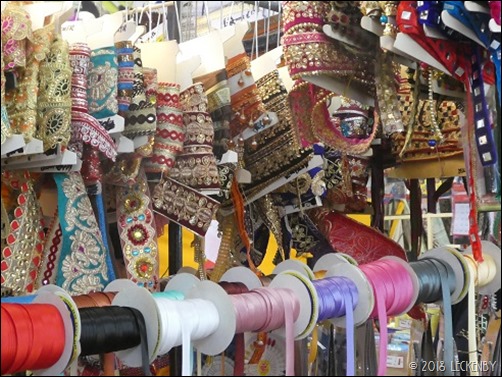 The next building was full of textiles, braids, ribbons, wool. I was tempted, but I have no space for anything at the moment. Each stall groaned under the weight of everything for sale, one hardware stand beating the stall at Newark market hands down. 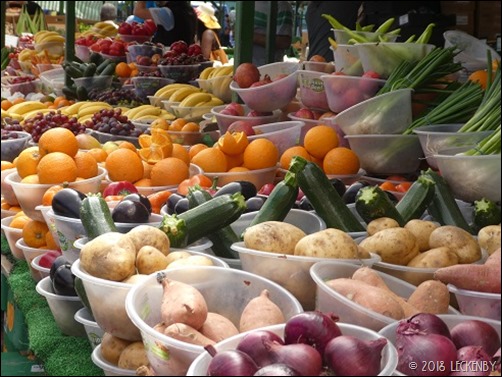 Further on in the outdoor market was the fruit and veg. Just about every stall was covered in plastic bowls full of one type. I wanted bananas, so got a bowl of slightly green ones for £1, but the blueberries looked past their best. Other things I only wanted one of, not six, so it took some time to find a stall selling items by weight rather than bowl. I’d hoped to get everything I wanted for some new salads at the market, but ended up having to fill the gaps on my list with a visit to Tescos.

Next time we are in Birmingham I’ll be back and have done some research on fish before I go.

Meanwhile Mick headed off with a bike to get some oil from Halfords, which turned out to be near Warwick Bar on the canal, so instead of wiggling his way back through the streets he followed the canal back to Oleanna in the midday sun. He just needs filters now before Oleanna gets a service. 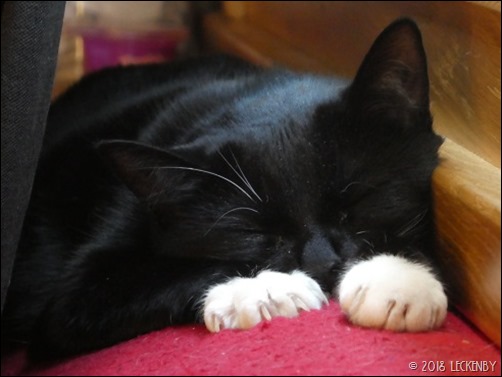