The sun was up early it was going to be a hot day. At Cambrian Wharf there is no shade offered from buildings or trees, the solar would do well, but we might keel over inside. Our jaunty angled mooring was not a place we wanted to stay. If another boat came and moored along side the lock we would then be stuck, not having enough space to swing the stern out and extricate the bow from it’s cosy position behind another boat. Decision made early, we’d move and head back to where we’d come from yesterday.

So before breakfast we were out Mick pulling Oleanna backwards, she moved much easier than we’d thought off the silt and I was soon able to push the bow out from behind our neighbour. The chap from NB Hakuna Matata then took the stern rope and gave Oleanna another pull enabling Mick to be on the back at the helm. We were free, and only just in time as other boats were coming in to find space to moor. 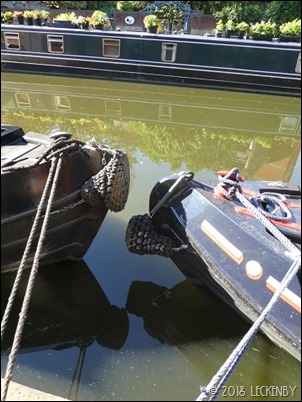 We made our way back to where we’d come from where there was a big gap. We pulled up and tied to the same bollard as the boat ahead leaving a good sized mooring behind us.

I got their number, they have only moved the pants outside to the other side of the boat! Why can’t we go back to the Stratford Canal it was good there, none of this Birmingham outside with walls too smooth to climb. I stayed inside, no point in venturing out. Anyway this outside had become very hot and made it’s way inside so I had to spend much of the day being a long cat, trying to keep cool behind a hanging t-shirt.

As the morning progressed school parties came along the towpath all amused at us sitting inside with the hatch open. We did a lot of waving! Some were lucky to see Tilly which caused another distraction only to be totally upstaged by the sight of the lego giraffe across the way. 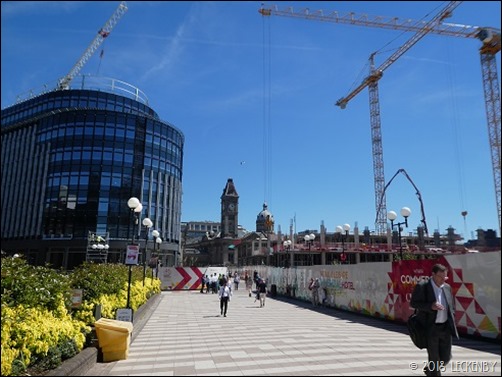 Since being in Birmingham the furthest I’ve ventured has been to Pizza Express due to working. I needed a few things and wanted to see what the big building site outside the theatre looked like. You are funnelled through the site with colourful hoardings either side. From what I could make out two new buildings are going up and the tram system is being extended to here. The sun was high and baking the buildings, work men and office staff stood in what little shade there was out of the sun all studying their phones. I ended up going further than planned to a couple of art shops and back to have a look at the shiny exterior of Grand Central. Wibbly wobbly reflections down onto the railway were quite good, but the reflection of the tables and chairs outside All Bar One were the best. I had a good couple of hours out exploring and left myself more to do tomorrow. Mick in the mean time walked to Sherbourne Wharf to see if they might have a chandlery there where he could get some filters for Oleanna’s next service. He had to negotiate a locked gate and a security guard only to find out that they don’t.

The afternoon was spent doing some more work, I’m now at a point where the director needs to see what I’ve been up to and make his comments before I can do much more. A few anomalies on the theatre plans need to be sorted before I can go much further. 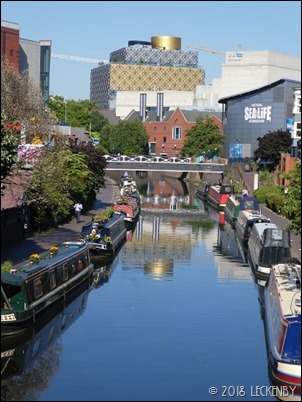 Some boats have moved on, not willing to put up with the building noise from the arena car parks, others have arrived. Today we have watched a master class in the creation of git gaps. Not one single boat across the way has been willing to share a bollard with another. Sometimes the bollards are not in the right position for the length of your boat, we know that, but these bollards all seem to be evenly spaced, so any bollard is as bad as another.

Tilly must have been sat on the Houdini shelf shortly before we turned the bedroom light out. A group came past and spotted her. They all cooed at me and chatted away. I turned to show them my best side and maybe a little tear in my eye, it always gets them! ‘I think I’m going to cry now’ said one lady. My cuteness work for the day was done. 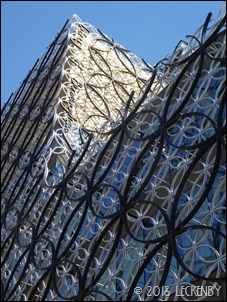 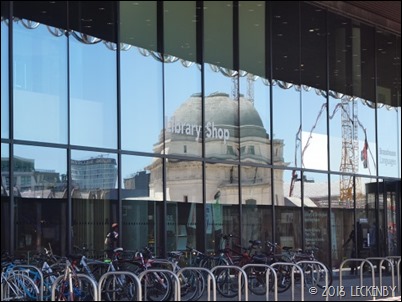