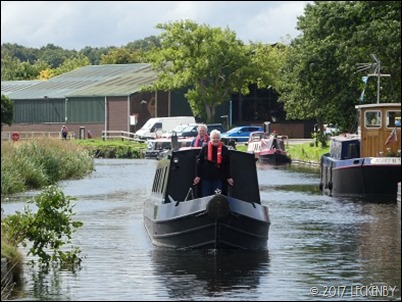 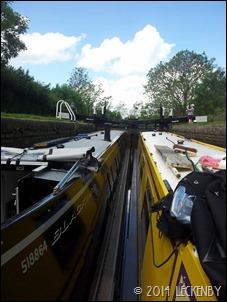 Our good friends Bridget and Storm have decided to put their narrowboat Blackbird up for sale. They have been spending less and less time aboard and it’s time for them to have new adventures, even so a hard decision. Blackbird was built for continuous cruising in 2010 and has covered much of the system. We’ll miss cruising with Blackbird and The Wasp is now a thing of the past, but I’m sure they’ll come and visit us for a boat fix every now and then. 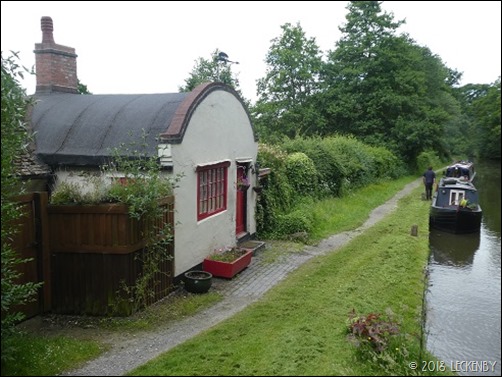 We got moving at the same time as others today. One boat came past just as we were about to push off and when we got to the next lock NB Hekla was ready to go too. They had found some rings and slightly deeper water just before the lock so had elected to stop there last night. So we were third in line for the first lock of the day. We helped Hekla up, then the next chap who was on his own, incidentally he’d also had problems with the previous lock. Soon there was another boat behind us.

The chap behind was a bit exacerbated, every single lock on this trip out had been against them. I offered to lift a paddle on locks as we left them if nobody was coming and checked where he planned to get to today, in case he was stopping short of us. 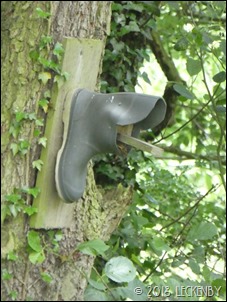 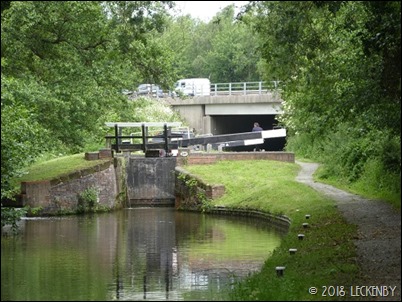 The convoy up towards Lapworth worked well. I think NB Hekla was lifting a paddle for the single hander in front of us and when we arrived I was able to close the gate behind him as he left. As we rose up the second lock Mick waved back at me as there was a boat coming round the bend in front of him under the M40 bridge, so I opened up the gate again and left them to reset the lock for the chap behind.

I went ahead after the next lock to help and then reset it for us, but there was a boat coming, so I signalled back to Mick to leave the gate below. The boat then pulled over some distance away and a crew member hopped off, even though they could have stepped off in the waiting lock that they’d just been waved in to. It then took forever for them to get past one moored boat and the single hander who was waiting patiently. I closed the gate after them and went to chat with the lady. They had been up to Birmingham and had decided the next time they hire they’ll do Birmingham. She was struggling a bit with the paddle so I offered to lend a hand. ‘I only open them half way until we’re half way down’, she accepted my offer. But as I turned to check that her husband was okay I couldn’t see him, where had he gone? Inside right to the front to get something. I waited for him to return so that someone was at the helm should the boat drift backwards, he took his time.

Once down he exited the lock and was far too busy taking photos of the lock cottage to bother steering, so was on full collision course with Oleanna! Mick shouted out and the chap did his best to stop and reposition his boat to avoid us, but then just brought himself back to hit us anyway, at least he’d slowed down some by now! 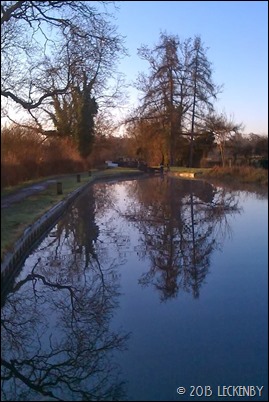 I’d remembered a nice mooring just below the junction, but the next pound looked inviting and there was space. We had one of those moments where I was sure it was still further ahead and Mick was dubious about my memory. At the next lock I could see up the next two pounds. One boat was moored in the middle of the next one, not leaving enough space and above looked busy too. We carried on and at the second lock there were the trees I’d remembered from December 2013, and one space which was Oleanna sized and in the sun. 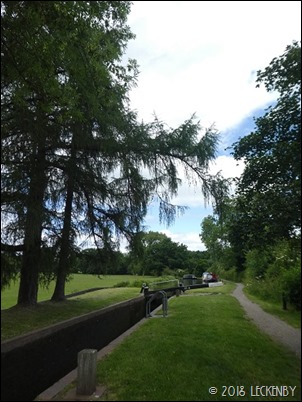 Six hours she said, six! Bloomin’ marvelous!!! The field behind the sideways trees is great and there’s a good fence to sharpen my friend finding claws on. What an afternoon. She came out too and I got told to be careful of wet paint. 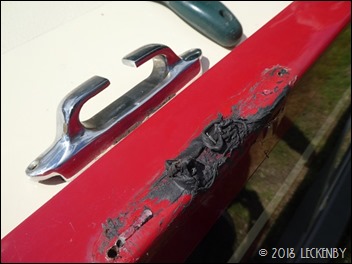 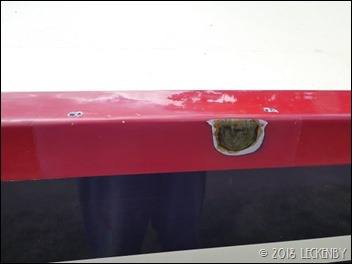 Mick undid the loose fairlead on the starboard side for us to look at, there was also a small bubble of paint under it. One of the screws had been pulled right through the grabrail, so no just tightening it up again. Under all our deck fittings Finesse has put what I call Black Tack, a substance that never goes off and should stop water from getting under the fittings. It’s a bit like chewing gum and takes a bit to clean off, but working slowly I collected it to be reused and cleaned off the residue with white spirit. The paint bubble was removed, sanded down and treated with Fertan. The patch I’d treated yesterday got a coat of primer. 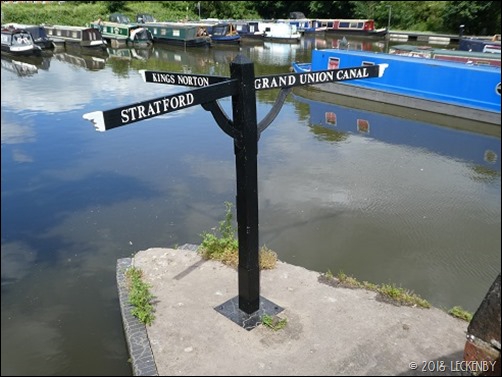 They were doing interesting things, so I came to check on them. Big mistake! She’d said six hours, I’d only had two and was being bundled up into the boat. This was only so we could walk to the shop for a loaf of bread and pick up a parcel from the post office, she was allowed to go straight back out on our return.

2 thoughts on “We’ve Got Ourselves A Convoy. 14th June”