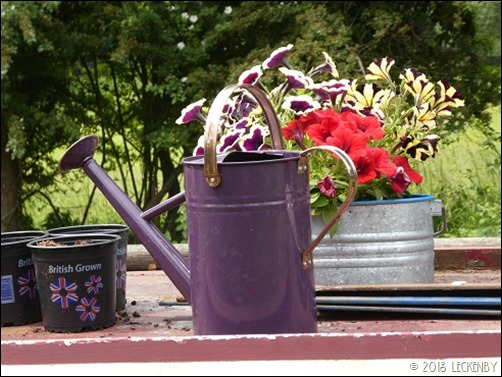 The water point below Lowsonford Top Lock is popular but seems to cause misunderstanding whenever we’ve been here. Coming up hill you approach it and the lock past a line of permanent moorings. There are two taps just before the bridge at the bottom end of the lock, but if you don’t know this then you might think that there is a queue and hold back. The position of the bridge means that if you approach from above you have to walk down through the bridge to see if anyone is approaching from below, well that’s if you bother to do such things! But are the boats waiting for the lock or just filling with water?

Today we arrived with the washing machine going and pulled in to the two free taps to fill up, dispose of rubbish etc. We were soon followed by another boat wanting to do the same who pulled up in front of us. A few boats came past, one came down the lock and saw us at the water point and decided to leave the gates open thinking we were waiting to come up. However another boat was approaching from behind and thinking there was a queue had pulled in some distance back, a crew member walked up to the lock, saw it was in their favour and walked back to relay the information. So this ex-blue boat started to approach the lock, slowly past the permanent moorings, all as it should be.

Mick then noticed a lot of water coming from the lock, the water was boiling (our new technical term from the C&RT chaps yesterday) but the bottom gate was open! So he walked up to the lock to see a Diamond Resorts boat with it’s bow up against the top gate and a chap with windlass in hand, having just opened up the top paddles.He was stood staring at the open bottom gate. Obviously nothing was computing in this chaps head, so instead of saying anything Mick just leant against the gate and closed it, helping to conserve the levels in the pound above. The lady on the ex-blue boat was now approaching and wondered why the gate was closing in front of her, Mick explained, she wasn’t happy.

When the Diamond Resorts boat came down the gate was closed behind them, good practice, but there was a boat waiting to come up! The chap still had no clue as to what he’d been doing wrong and neither did the lady at the helm. We wonder how long the chap would have stood there before he realised why the lock wasn’t filling? Anyway they were out of the way now and normal operation of the lock could resume. The ex-blue boat made it’s way up another came down, by which time both boats on the water point were filled, some negotiation was had as to who would go first. I stood up at the lock awaiting our turn, helping other boats up and down and passing on information about the lock cottage. 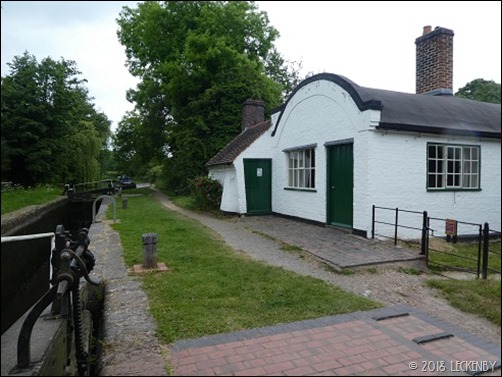 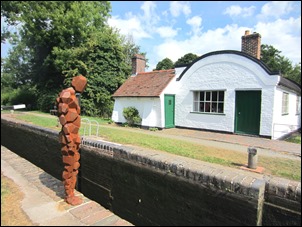 Lengthman’s Cottage is owned by the Landmark Trust dating from 1812 and can be booked to stay in. It was built by the engineers who built the bridges on the Stratford Canal, they used the same techniques that they knew so well hence the barrel roof. To mark the 50th anniversary of the Landmark Trust in 2015, Antony Gormley was commissioned to produce five sculptures, one was positioned here by the lock for a year. Sadly we missed seeing it as we last come through before it was erected and it has now long since gone. I tried looking for where it might have stood, but there were no obviously new stones or holes. 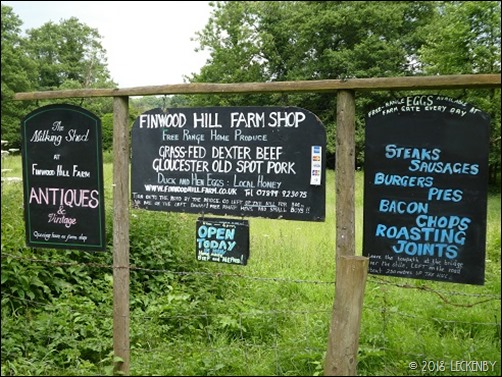 Having helped four boats through and being asked if I was a volunteer I elected to climb aboard Oleanna and leave the next crew to work themselves through. We didn’t feel we’d travelled far enough for the day so resisted the mooring rings in the next pound and hoped for a space a little bit further on. At the next lock there are large signs guiding you to a Farm Shop, it’s a bit further than suggested and up quite a steep hill, but is worth the effort. They have a lot of meat and the lady we’d met a couple of days ago who’d been hoping for a leg of lamb at Wootton Wawen would have been better off here. 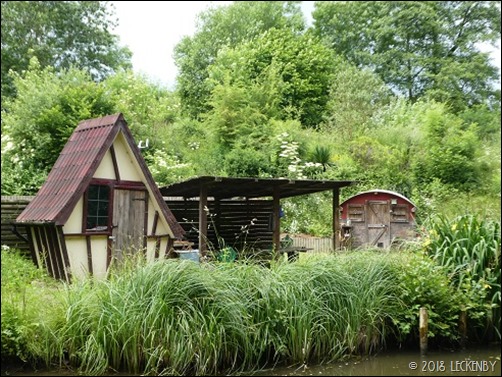 The spot we’d hoped for was taken so we came through one more lock and found a length or armco that would do us for the remainder of the day. The whirligig came out and so did some sandpaper and Fertan. There has been a rust patch on our grab rail for a while so today the loose paint was scraped away, the area sanded back and a coat of Fertan added to work it’s magic overnight. 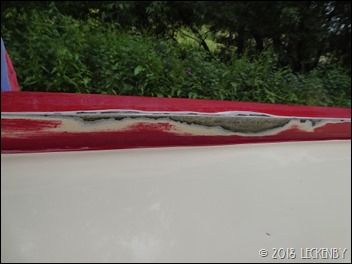 Oleanna has also got very filthy and a layer of stickiness has appeared from somewhere, so half the roof and one cabin side had a good wash down. It does feel better when she looks how she should, even Mick had started making comments on how filthy she was, so she must have been really bad. 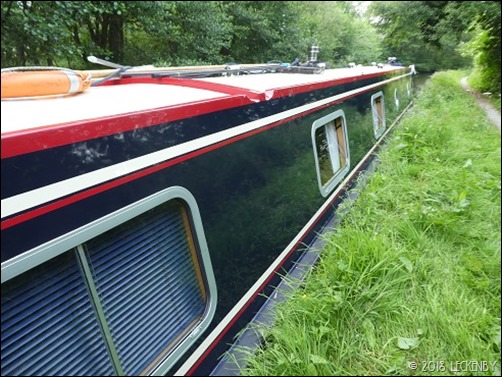 Late afternoon we began to list. Mick picked up a windlass and wandered down to the lock behind. A boat had been trying to come up, but the level had stopped increasing, the bottom gate was leaking just as much as the top paddles were letting in. So only one thing for it, empty the lock, open the gate and try again hoping that whatever was stopping the bottom gate from sealing properly had moved, it worked. However the boat following them had difficulty too. Around 8pm we saw a chap with a blue t-shirt zoom past on a bike, in his hand a long pole with a biscuit tin on the end, presumably he’d come to clear the gate.

This is a good outside, they came out to play with me and there were plenty of friends to find too. I’m enjoying this Stratford Canal, just a shame there’s no yoyo flies though.