Chain Ferry to The Old Bathing Place to Bancroft Basin 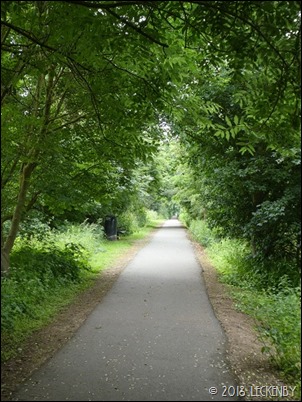 Supermarkets aren’t very well positioned for the river in Stratford. In town there is a small Sainsburys and an M&S food hall which are okay. This morning however we decided to walk across the park to Waitrose and see what was in their ‘sad gits’ isle. Just over a mile away we had a pleasant walk across the park and joined the old tramway sitting high above the A3400 south out of town. We picked up enough for a couple of meals and had spent a tenner to get a free newspaper. 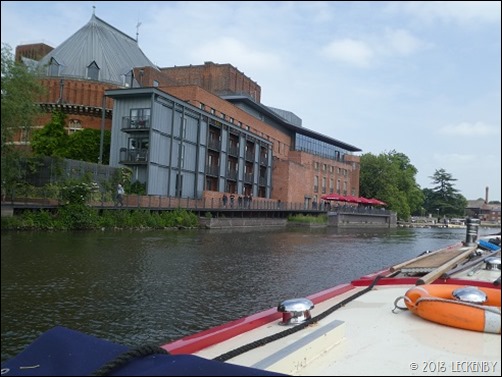 Time to move off, our Avon license had already expired. We decided to head upstream first to make use of the bins and water point at the Fisherman’s Car Park. Novice rowers were out in force this morning giving us an obstacle course to negotiate and as we reached the bridges the trip boats were setting off too. The moorings on the river had thinned out leaving only a couple of boats. We followed the signs for the correct arches and carried on upstream leaving the rowers behind, except they were now replaced with zooming zippy little taxi boats, at least they were more manoeuvrable. 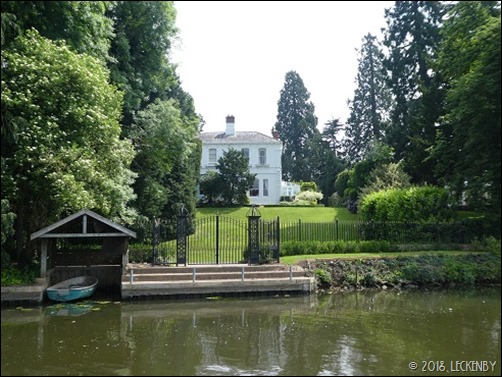 More long gardens come down to the meet the river. Our friends Liz and Ian live in Tiddington about 200ft as the crow flies from the river at the limit of navigation. We wondered if their house was anything like the ones we were passing, knowing full well that such houses would be well out of their range. On a wide bend in the river were the services, we pulled up playing hopscotch trying to avoid the goose pooh. Other than those with need of an Elsan we wondered how many boats head up here, most boaters would have disposed of their rubbish in the bins at the park and topped up their water tank there too. 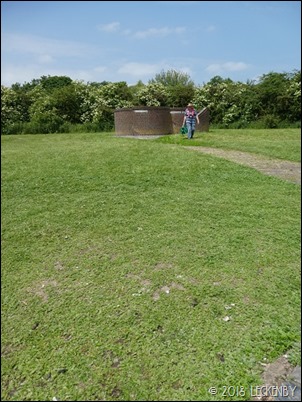 The water tap is set quite a distance away and our normal 20m hose didn’t quite reach, necessitating adding our second hose which of course proceeded in coming away at the end. Once mended we filled the tank, emptied the yellow water, cleaned out Tilly’s pooh box and disposed of our rubbish apart from the recycling. Our decision to work our way through the wine bottles on the shelf was not the wisest as the Avon has no recycling for glass. 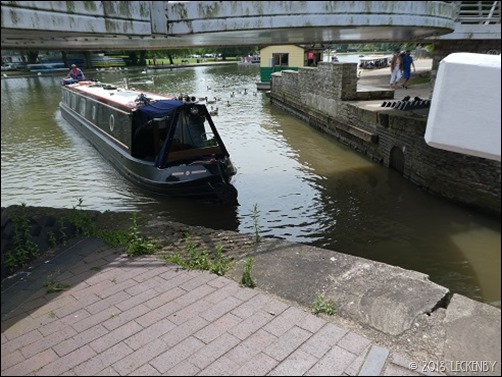 With everything filled or emptied Oleanna was winded, in between the passing craft, and we headed back to Stratford. There is nowhere to drop crew off at the lock so Mick carried on down to be level with the theatre before winding and pulling up on the moorings to drop me off, by which time a trip boat was just turning into the lock. One of their crew stayed and helped me turn the lock for us to come up, as the gates opened Mick was already on his way. With the gates closed behind Oleanna we were back on C&RT waters, we’ve really enjoyed the river, far prettier than many others, we’ll be back to head downstream next time.

The basin was starting to fill up, a boat was just arriving from the canal as we came out from the lock. We’d had a request from the trip boat to moor in the centre if we could, leaving them plenty of space to be able to wind after the pontoons. The chap at first didn’t seem too happy with where we were heading but after Mick went to see him he was fine, he thought we were longer than we actually are. Mooring on short pontoons on our starboard side is going to be a little bit tricksy for a while until we get the fareleed sorted, the one that got more than it bargained for below a lock the other day. 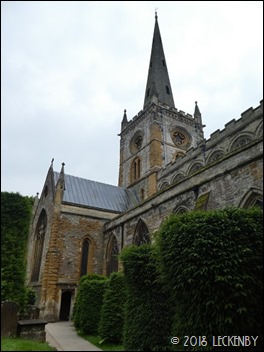 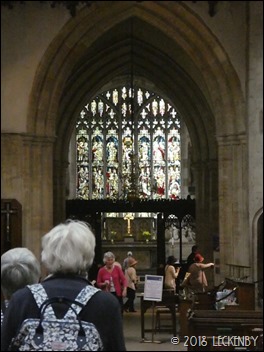 What had happened to the day? We’d bought single tickets to Stratford from the nearest station to make use of a Days Out Voucher, 2 for 1, but by the time we’d had lunch there wasn’t enough time to make the most of it. Luckily we cancelled the train tickets and got a full refund. Instead of museums we decided to walk down the river, see if we could get tickets at The Other Place for the show tonight. With tickets reserved we decided to go and check that Will was actually dead. Holy Trinity Church is where the famous playwrite lies along with his family. Normally when we visit churches we have a good look round and add a couple of pound coins into their donations box as we leave. Here there is a suggested Donation of £3 with a lady stood by the choir ready to collect your donation. With the number of visitors they have every day it must be one of the richest churches in the country. We decided to have a look around the church but avoid the tomb itself. So we’ll never know if Will is actually dead or not.

Along the streets here there are many differing street lights, they have been donated by councils all over Britain, some have come from further afield Brugges. The first one we spotted was from Hull. 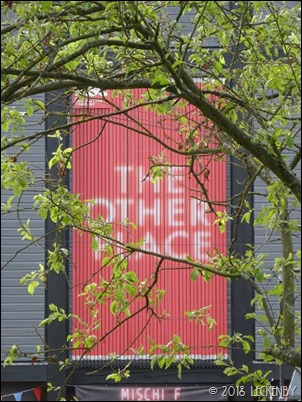 In the evening we headed to The Other Place. Originally a tin shed rehearsal space, in 1974 it was converted into a performance space for adventurous and experimental work by contemporary writers. The building has grown through the years closing in 1989 to be rebuilt with a permanent brick building. In 2005 it was adapted to have a foyer for The Courtyard Theatre which allowed performances to continue whilst the Royal Shakespeare and Swan theatres had work done to them. The shell of The Courtyard Theatre’s auditorium was kept and adapted to create a new The Other Place. It is called by those who work at the RSC as the Engine House, this is where the Stage Management are based, costumes are stored, rehearsal rooms, a cafe and bar and the studio theatre, very much the working heart of the RSC.

The Mischief Festival consists of two one act plays which centre around the freedom of speech, both true stories. #Wearearrested is the story of a journalist from Turkey who received a flash drive containing evidence of illegal government activity. Should he publish or not. He does and the play centres around what happens to him and other journalists who spoke out about the President. Much of the play is set in his prison cell, almost a one man show, with three accompanying actors moving around the theatre laid out in the round for the two plays. A simple set of three tables which get moved around to create space and place worked very well with a touch of magic sprinkled ontop. One lady in the audience was astounded with the set and it’s use, she’s obviously not seen much rep theatre where your budget for the while show is £400 ‘what can we do with these tables then?’ I suspect the tables tonight cost a bit more than £400.

Day Of The Living Dead, set in Ayotzinapa, Mexico 2014 where 43 students were forcefully disappeared. The ensemble company, the surviving students, retell the story with toe tapping Mexican music and masks. We’re still not sure why the masks were used, amusing and cleaver at times, but why? Maybe we missed something. The parting image of 43 kids windmills all being blown round by a, slightly noisy wind machine, was quite moving. For £15 a ticket it was worth going, we enjoyed both shows, the first one being the stronger piece, but we’re not sure either of them deserved a partial standing ovation. 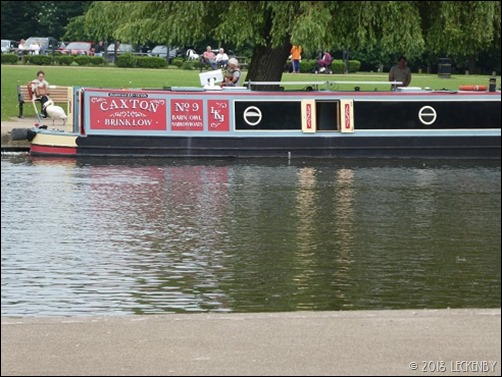