The last couple of days we’ve been trying to sort out meeting up with some friends who I used to work with at the Stephen Joseph Theatre in Scarborough. Their schedules were busy but a slot for them to visit was possible this morning. We’re not normally early risers so today we needed an alarm clock to make sure that we’d be awake and had breakfast before our friends arrived. This worked and we even had time to adjust our mooring to stern end in for ease of stepping on board. 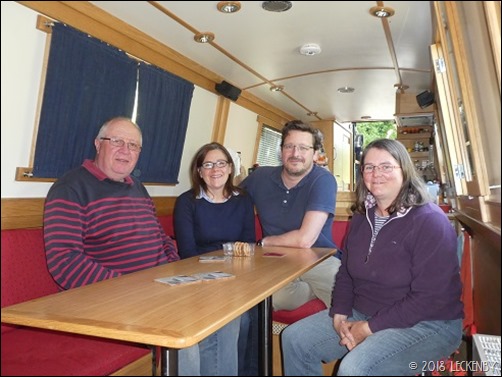 However Ian and Liz arrived before the ferryman and the river lay between us! Thank goodness Ian still has a voice that needs no assistance, his Dewsbury accent boomed across the Avon, he suggested that they’d walk round. But we were aware that their time would be limited with us, so we decided to push over to pick them up. Untied, pram cover dropped, Mick manoeuvred us across the river in between the early rowers and brought the bow in to where the chain ferry docks. I couldn’t see the chain at this end and we were just touching the bottom as the bow fender gently touched the dock. We were going to get no closer, so Ian and Liz stepped across onto the very front of the bow, Liz joining me in the cratch whilst we reversed back to our mooring and Ian remaining on the bow. It’s not often we get to give visitors a ride anywhere and this certainly saved a good 10 minute walk round. 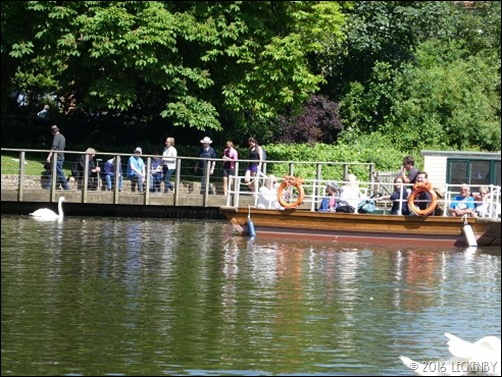 We managed an hour with them before they had to return to work across the river, neither of them have changed a jot. Hopefully we’ll get chance to meet up later in the week for a drink at the theatre. They managed to get back across the river with a touch more grace this time as the ferryman had now turned up.

The hire boat behind us had moved off so we pulled back onto a long straight, no more banana mooring.

Our order of fuses had arrived in Pershore so Mick decided to go back to get them, two buses, two different companies and an hour and half each way. But we’d have spares should we need them whilst we decide if there’s a better solution. So he headed off and left me to have a quiet morning with Tilly. It was quiet once she’d given up being pestered by the local crows and stayed inside. 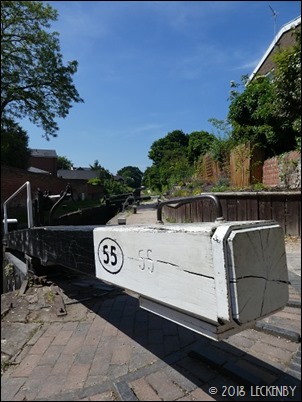 Our mooring permit mentioned bins at the Fisherman’s Carpark, the one’s marked on Waterway Routes were still a way up stream, so I decided to see if I could find them. After walking across the park I found that all the car parks had the same name, so I checked google. The Fisherman’s Carpark was upstream just where Waterway Routes had them marked. No point in checking and good job I hadn’t brought any rubbish with me. Instead I walked up the canal to check on other possible moorings as our time on the river will be up tomorrow.

The canal basin is noisy, exposed and certainly not cat friendly, so I walked up the canal, also to see if there would be easy access to Morrisons on the way out of town for a big shop. A C&RT chap was doing something at one of the locks and NB Keyston sat below, they’d either gone shopping or hadn’t been able to close a gate behind them, so had called the men in blue out. No easy access to Morrisons as far as I could tell, maybe a bridge further up would have been better. Only really one place to moor and that has thick trees, so no solar, and signs asking you to refrain from running your engine for more than half an hour! So not the best place to be. Further up by Excellence Afloat you could pull in, but the bank looked soft and you’d have to be on pins. 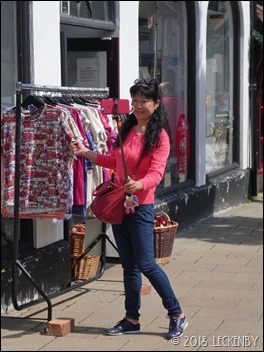 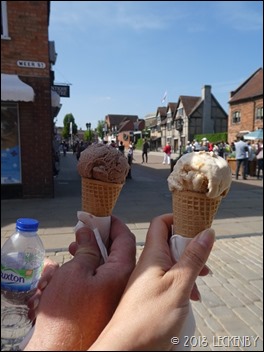 I met up with Mick and we had a bit more of a wander around. When I lived in York I found tourists fascinating, today I added another one to my collection. An oriental lady with a pink phone and selfie stick. She could have been absolutely anywhere in the world smiling and holding onto t-shirts, or balancing on one leg to get the right angle of her face in front of something or other. I wonder if she actually got to see any of Stratford, she’s certainly come a long way not to! 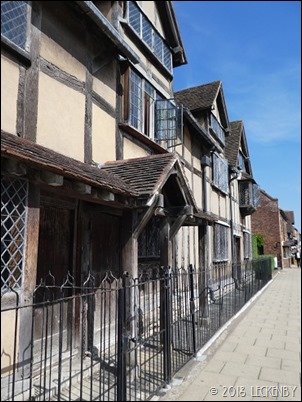