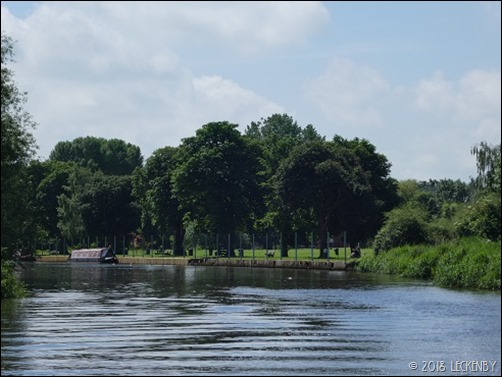 Time to move on. After chatting with NB Flying Pig and stocking up on a few items at Asda (just in case the river comes up again) we pushed off heading upstream again. 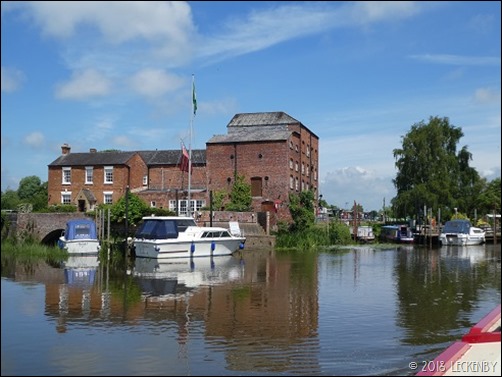 Not that far ahead  is Wyre Lock which sits close to Wyre Mill. The weir cut here is full of moorings and the Avon Navigation Trust’s Office is located here. Signs boast the lowest mooring fees on the Avon , all with hook up and water. Today in the sunshine it did look very pretty. 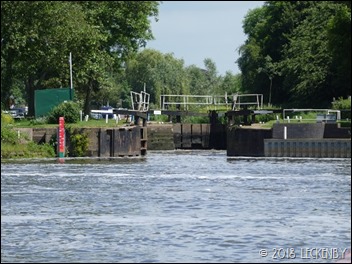 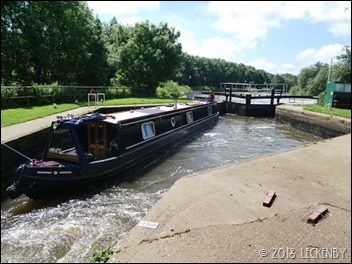 The levels board below the lock was in the green, a thing we hoped to see more of today. The lock was in our favour which should mean we can just pull straight in and then for me to climb a ladder, but I don’t trust my grip to do lock ladders, so we had to pull over for me to hop off. Above a hire boat was just arriving, they tied up and then held back. No offers to close gates or work paddles, I thought this a little bit odd, but each to their own. Wyre Lock is lozenge shaped and not very deep, 3ft 6”. The shape of it means that with a 58ft 6” boat you can’t get right into the side, so it took quite a bit of nudging back and forth before I couldn’t reach over far enough to hook up the bow line from the roof. With Oleanna secured I lifted the paddles slowly, she stayed put rising gently as a couple of chaps from the hire boat watched on. 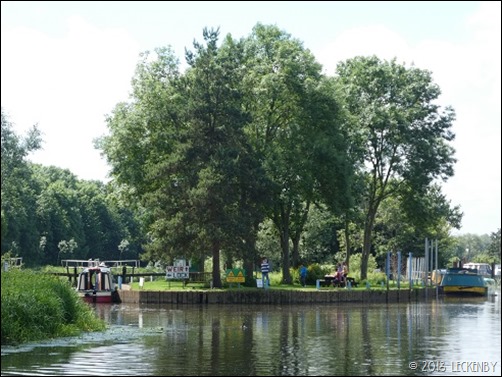 Eventually the penny dropped, they weren’t waiting for the lock, but had pulled in on a 24hr mooring for lunch on the lock island, it just looked like a lock landing. The young chap offered to open up the gate for me and eventually he went to find a windlass to close the paddle, saving me a journey around the lock. At least it was ready for one of the four hire boats heading that way that we soon passed. 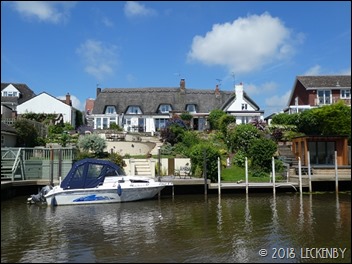 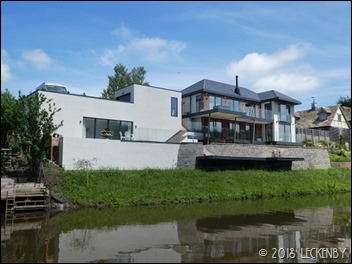 Wyre Piddle sits at the next bend of the river. Large houses each with their own moorings sit high above the river. Several new houses are going up along this stretch, suspect they aren’t in the affordable housing bracket!As you complete the bend you weave between a couple of islands, not that you’d realise it. Osier Island and Tiddle Widdle Island, what a great address that would make! Tiddle Widdle Island, Wyre Piddle, someone had a laugh when they named it.

The land now is low around the river and the blue skies made for a beautiful days cruise. Damselflies were out in their masses a couple stopped for a short break on our roof before floating off again. 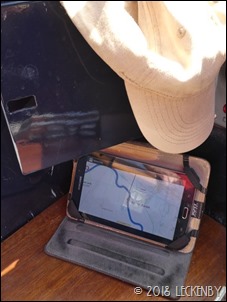 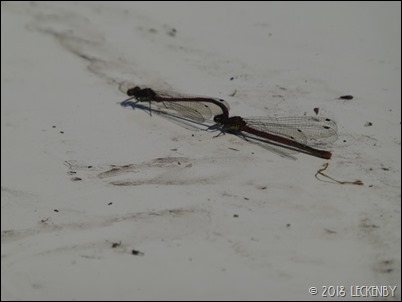 The downside to the sun being out was that the tablet with waterway routes running on it kept suffering from heat exhaustion! We’d found a temporary route for a power cable, but it was getting too hot so stopped charging. We ended up moving it from side to side as the river twisted and turned positioning it in what shade we could find. We my need to fabricate it a little parasol so that it feels happier. 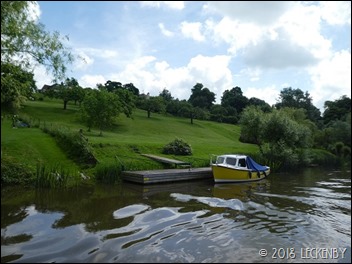 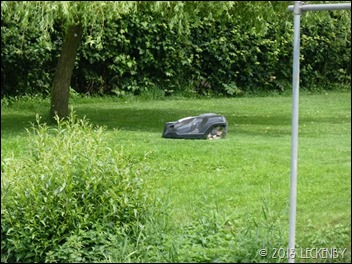 NB Chuffed came through this way about ten days ago and as soon as I saw the long rolling lawns down to the river I knew I needed to keep an eye out. The grass is all short, recently mown, but with no stripes up and down the hills as you’d expect from a traditional lawn mower, instead it looks like the operator had had a bottle of Jack Daniels, tracks all over the shop! But then I spotted the culpret, moving steadily along until it got too close to the waters edge. Here it paused then back tracked a little before swinging round and heading off in a new direction. A robot lawn mower. In fact there were at least three of them working away on the huge lawn. Hope they can find their way back home easily to recharge. 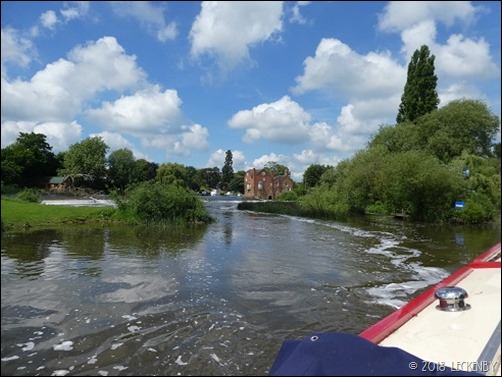 Fladbury Mill came into view sitting next to it’s unprotected weir. There is a narrow section leading up to the lock that you are meant to check is free from boats before entering, but you can’t see very far so we chanced it. The water coming over the weir was masses, Mick had to crank Oleannas engine up to get us through as she leaned over with the force of the water hitting us side on. 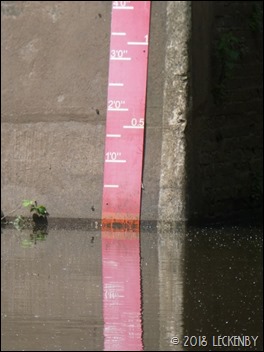 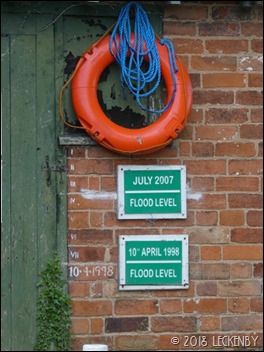 Ten days ago when NB Chuffed had passed the river level board was sitting high above the river, not even in the green. Today however we were most certainly in the amber a narrow band of about three inches between pleasant boating and not going anywhere! The lock was against us, so we had to be following someone as we’d passed about five hire boats going the other way this morning. Once empty, Oleanna tied up, she slowly raised in the lock. 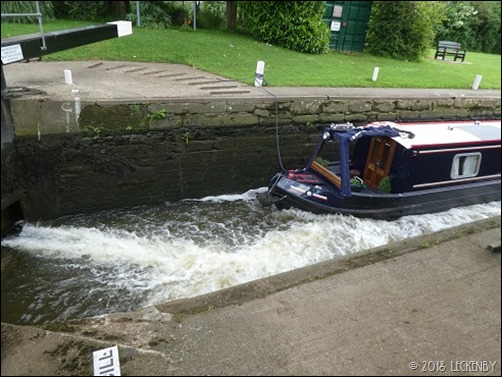 Here you are advised to tie up as far away from the top gate as you can, when you open the paddles a plume of water arcs out across the chamber, if your boat is there to catch the water you could be in trouble! 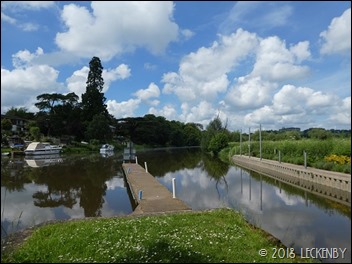 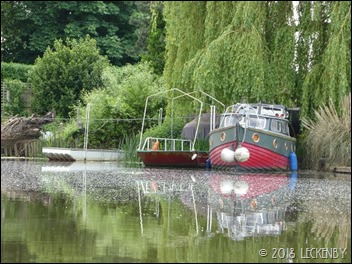 It was quite late and we were both hungry so once out of the lock we reversed back onto the other side of the lock landing where the poles are painted blue (indicating a mooring). This was easier said than done, the water wanting us to carry on towards the weir and us preferring not to. Eventually we were tied up and able to have some lunch. Just next to us the Fladbury Ferry wires visible across the river and the ferry sitting waiting on the far bank. 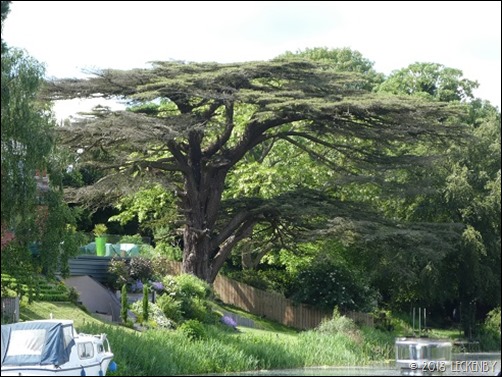 Setting off from here was quite easy, the bow wanting to pull straight out and turn towards the weir, but we had other ideas and quickly hopped onboard to correct our course upstream. Under the railway bridge I’d passed over yesterday and past a golf course which was on a steep incline. Then after a mile the blue poles of a mooring came into view. Craycombe Turn is close to a busy road but considerably more rural than we suspect we’d find in Evesham so we pulled in. Except this wasn’t as easy as it should have been. Oleanna didn’t want to stay in at the side, the force of the current was pushing her out, luckily I was still on board as the centre line wasn’t going to be enough to pull her in. I brought the bow in and then the stern, but we really needed a line to be tied up before both of us were ashore as she really didn’t want to stay near the bank. It took us quite a bit to secure her, only to find the high flood safe poles were far too close together for our length. 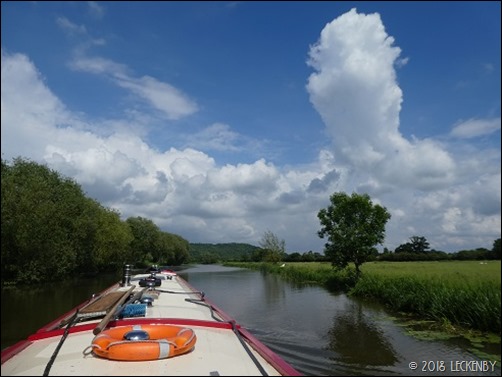 Once we were happy we could relax. A quick check for cat safety and we decided that Tilly would be fine, just so long as she didn’t fall in as she’d be whisked away downstream before we knew it. I gave her a long talking to about the busy road and river before letting her out. Yada Yada Yada! Same old same old, if she thinks I listen to any of it! I was off into the long grass before she’d even finished. A bit noisy round here but the amount of dense friendly cover made up for it. There was plenty of pouncing to do. 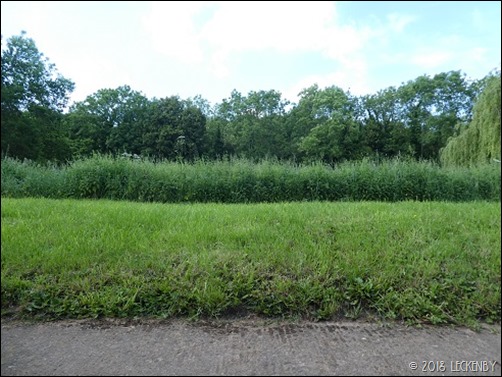 As the afternoon went on Oleanna started to fill up again with fairies, a quick hoover round before bed would be needed again. I don’t think we’ve experienced quite so much Willow fluff before day after day. Tilly was keeping herself very busy. No need to be in amongst the friendly cover here. Bouncing up and down a bit like yoyos were masses of Mayflies, well that’s what I think they were. Tilly laid in the grass her head bobbing up and down in time with them. Occasionally one would land only to be pounced upon and munched. Others gave her the opportunity to practice her star jumps. She’d launch herself high into the air all four paws outstretched her tail wavering to guide her. Then she’d clap her front paws together hoping to knock a bouncing friend out of the air. Sometimes this worked and another one became a victim. It was just a shame she’s discovered Mayflies, who are only adults for a matter of a couple of days if that. The adults have no mouths so live off their reserves, the only things left to do in life is to fly and mate. If you are male then that is it, if you are female then you lay your eggs before you die. Some of course today had shorter lives.

Apologies if you’ve left a comment in the last few days. Normally I get an email informing me but something has been up with blogger. Carol from Still Rocking mentioned it in her post today, I then checked my awaiting comments box to find several I had no idea about. I know I’ve made comments on a couple of blogs recently which haven’t appeared, so if you are on blogger just check you haven’t got loads of comments awaiting moderation.