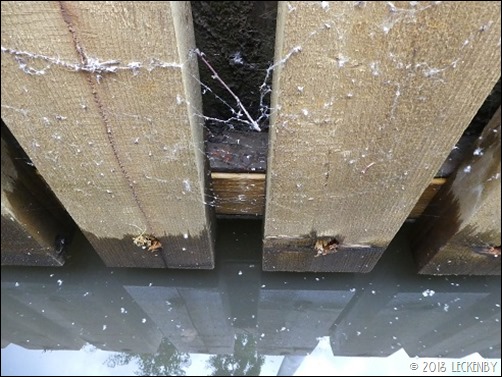 With storm clouds collecting over the country I hoped that I’d manage to get to the station and across London to my meeting without getting a soaking today. All day I only encountered a bit of gentle drizzle much to my relief. 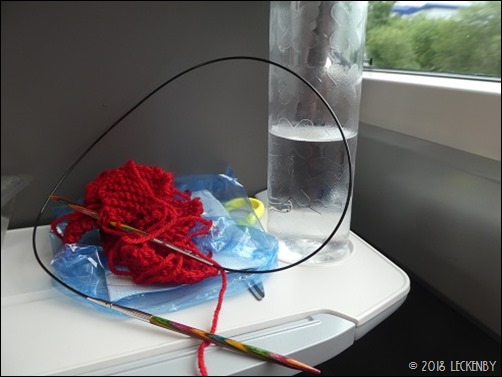 I’d decided on an early train to give myself some leeway rather than just having enough time to reach Fulham Broadway. The new trains on the GWR route into London were immaculate and quite comfy. The line though has single tracked sections so on a couple of occasions we had to wait for the track to be free, good job I had a couple of hours to spare, not five minutes. I kept myself busy on the train knitting up a few poppy petals for some friends in Scarborough, glancing out of the windows as meanders in the Avon came into view. Through Oxford the canal was in view at times and at Reading I could see a few boats on the Tesco moorings, thought these had been stopped. 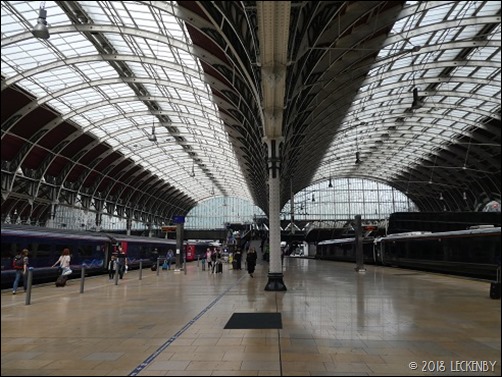 At Paddington I looked round the station and discovered that there is now a Paddington Shop, solely for the sale of Paddington Bear merchandise. As a child I was lucky to have one of the original bears waiting under the Christmas tree when I was five, he couldn’t be wrapped up otherwise he’d have suffocated. Today the shop is filled with, in my opinion inferior PBs, only a few of the original sort which now sell for £65. A few years later Aunt Lucy knocked on the door on Christmas Eve, she’d come to check on Paddington and stayed. Only one Aunt Lucy in the shop today, she was smaller than mine, so obviously I have the original. My Paddington and Aunt Lucy have been guarding our possessions in Scarborough now for almost four years, they are doing a very good job. 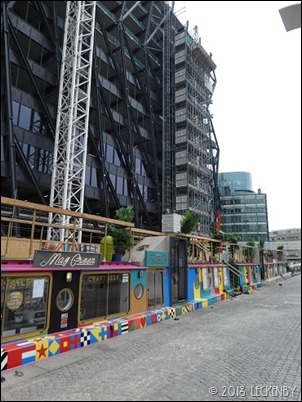 I had a walk out to the basin. Outside the tube entrance there are now two large cafe/bar boats attached together by a staircase up to their roofs. That’s two more moorings in London lost, nice place for a drink though once the building site calms down behind it. 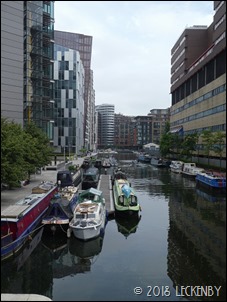 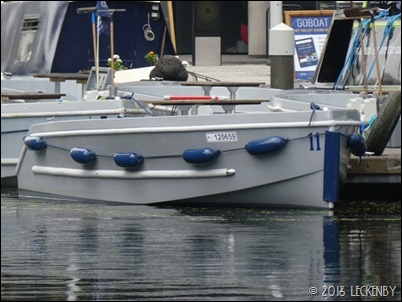 From here on to the end of the basin moorings boats were breasted up, widebeams two deep. Not many looked like they were visiting boats, most London boaters. The GoBoats have expanded on the pontoons, last year they had just started, today there were 11. All of them now protected with numerous fenders, or are they there to protect other boats! So another mooring gone to them too. The floating garden at the end of the basin has mooring for a cafe boat, but is empty. 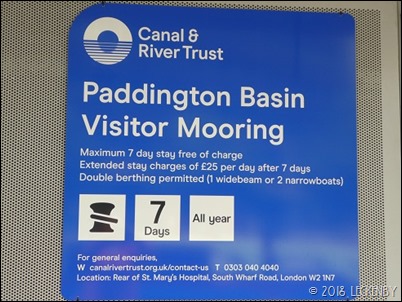 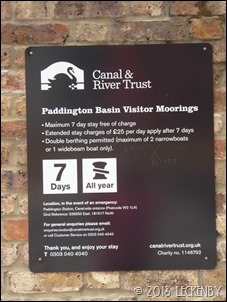 Some of the mooring and information signs around the basin had been changed to the new blue ones, but I did spot an old one, so there hasn’t been a total clean sweep. 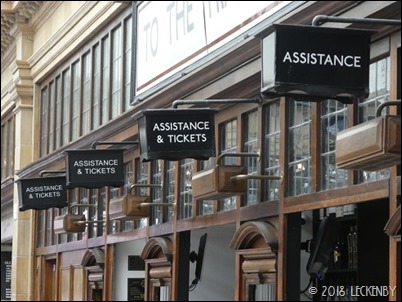 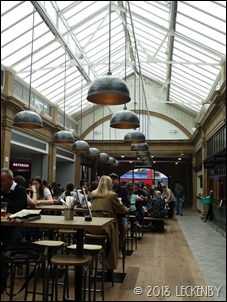 Across London to Fulham Broadway where quite a bit has changed in the last year. The old Underground station has been opened up as a bar and numerous food outlets with a large seating area in the middle, they also have free toilets. A nice use of an old station.

My meeting seemed to go well, a Director and Producer had wanted to meet with me face to face to check that they couldn’t put me off a show later in the year. They didn’t, I’ll hopefully hear next week, so fingers crossed.

Meanwhile back in Pershore. Mick did some washing, winded Oleanna and took her to fill with water. There seemed to have been a mass suicide of flies on our roof, it was covered, so this got a rinse down. With more boats moving today, quite a few arriving wanting water just as our tank was starting to fill. Once full he then brought Oleanna back and moored up. The whirligig was put on the tiller and he was hanging out the washing as a hire boat came in to moor in front of us.

Mick leant down for the next t-shirt to hang, looked up and could see a woman and her dog from the hire boat in the river! The boat had pulled in, son managed to pull the dog out that then ran off, followed by the son. But what about Mum?! When son had been told to leave the dog and to hold onto the boat, Mick and Dad managed to hoik Mum out of the river. It’s quite a long way down from the bank here and there are no ladders too help in such situations. After half an hour and a shower she seemed fine and later on they carried on down stream. 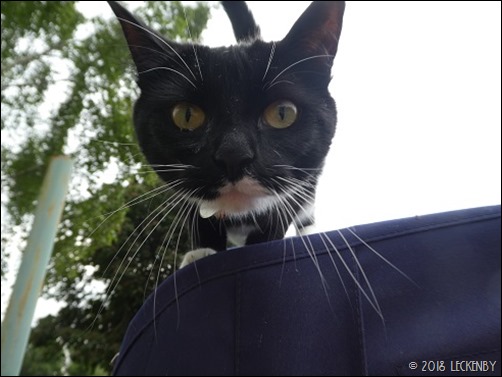 My journey back was a little delayed, but that did mean I managed to catch an earlier train. As I walked back to the boat the skies were looking darker and darker, but luckily the down pour waited until later in the evening with spectacular thunder and lightening. During the afternoon we’d received a notice informing us that the river upstream was now in the Amber, just hope the rain doesn’t push it back up!

Why the title of the post? Whilst in London I hunted down a pot of yoghurt, my preferred sort not available in Pershore. So if I don’t get the show then that pot of yoghurt cost me over £70 in train fares!

(Yesterdays) River Levels at 9am and todays

1 thought on “Expensive Yoghurt. 31st May”