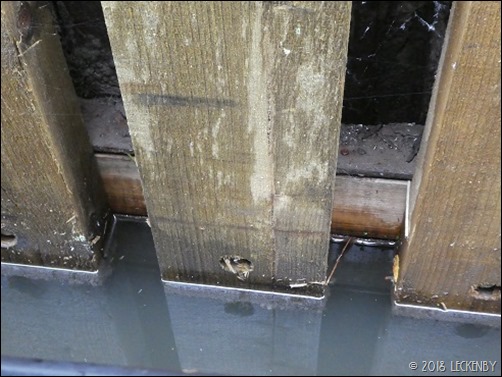 Our spies up river on NB Grace informed us that the river was still in the red today. An Avon Navigation Trust chap, whom they’d seen yesterday, had arrived this morning with some milk for them. Well they do boast that they are ‘Your Friendly Local Navigation’. Even though we could get to Evesham we wouldn’t be guaranteed to be able to find a mooring as boats were likely to be waiting there for the levels to drop. So we decided to stay put in Pershore for another day. 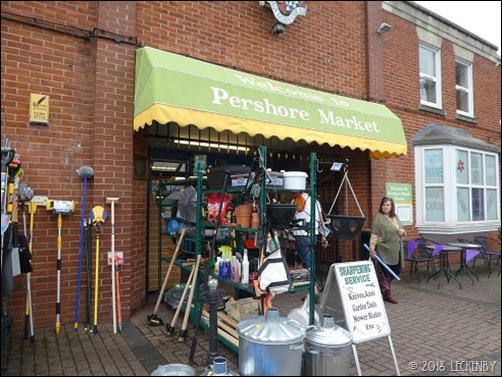 It being a Wednesday the Market would be open today. All manor of stalls fill this indoor market. A vast tool shop, pet shop, clothes, wool, fruit and veg, haberdashery, a butchers with some of the longest joints of pork I’ve ever seen, furniture, sweets, books, all housed under fake roofs as if you were in an old street. I suspect not many people bother looking upwards! 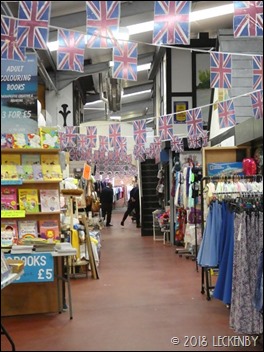 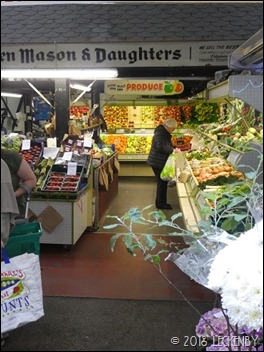 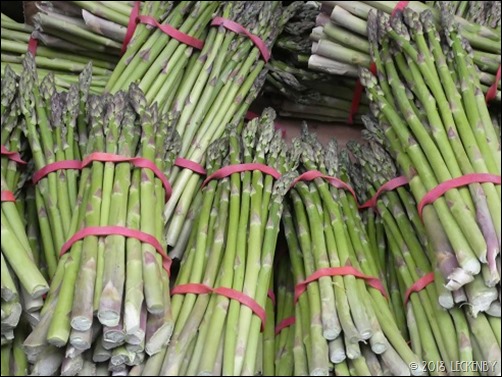 We spotted various bundles of asparagus and made sure we bought some to have with our Kiwi Pie this evening. A couple of other bits and bobs were bought including a cheap rivet gun. We then had a wander up into town to buy some money. 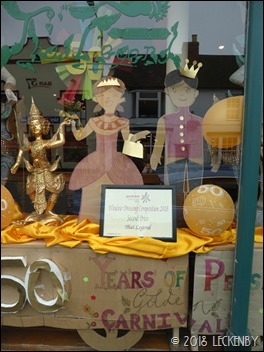 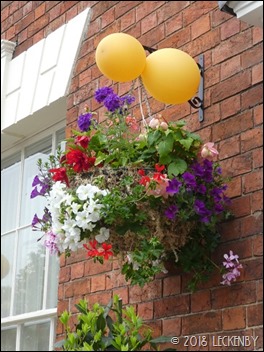 There were still signs of the carnival all over the place, most of it a little deflated now. The Thai Restaurant was still displaying it’s second place window which was very good, sadly we couldn’t find the one that came first. 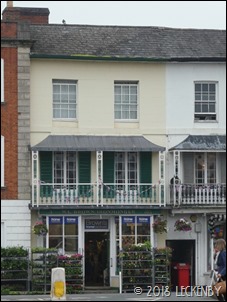 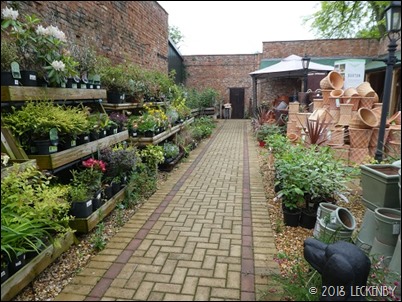 If you ever need any hardware whilst in Pershore Browns is the place to head. All sorts and at the rear of the shop a huge garden section that stretches almost down to the river. 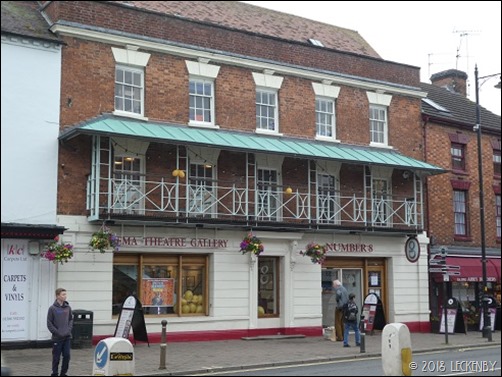 Number 8 is a cinema, gallery and theatre. Due to it being half term they were only showing Peter Rabbit in the mornings and we’d already missed the showing today. Instead we headed back to Oleanna with the intention of watching some more Dr Blake and maybe a couple of episodes of Breaking Bad. But my inbox contained an email that needed some attention. I’d had a request to be in London tomorrow to chat about some possible work.

Pershore has a station and is on the direct line into London Paddington. So much of the afternoon was taken up with sorting out times, trying to buy a ticket to pick up at a station without a ticket machine, aborting this, checking which card I’ve registered to use on TFL and then being staggered at how far the station is from the centre of Pershore, 1.6 miles. We did however manage to find time for just one episode of Dr Blake.

Upstream the river was still in the red , a few boats had come and gone near NB Grace during the day, including a few hire boats who’d turned round to head downstream. Hope they made it alright. My trip to London tomorrow will hopefully give the river enough time to sort itself out and then we can be on our way again.