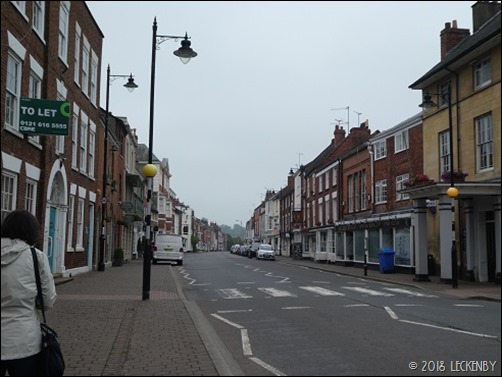 I woke to a couple of messages from people who’d seen the amount of water that had fallen in Birmingham last night, they were concerned for us, I suspect not having posted my usual daily Facebook photo hadn’t helped. Checking the levels along the Avon suggested that the months rain Birmingham had in an hour was heading another way and not , as yet, towards us. 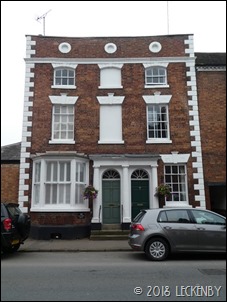 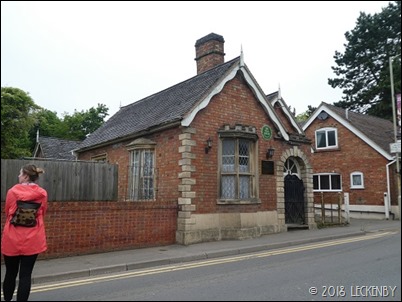 After breakfast we all walked up into Pershore to have a look round. Along Bridge Street and Broad Street there are numerous Georgian houses, high and handsome lining the main streets through town. Many wonderful doorways, alleyways, and balconies. We walked almost to the bridge where a toll house still stands with a long list of tolls. 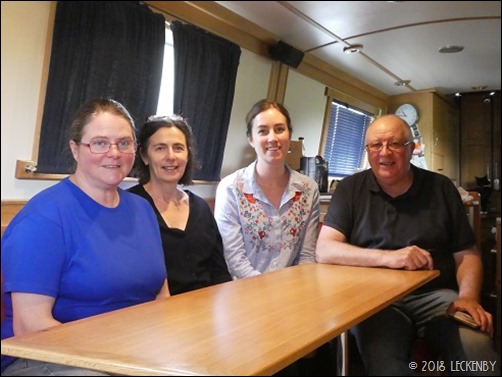 It was now time to say goodbye to Siobhan and Rachael, their next destination Oxford. It was so lovely having them to stay, we’ve already booked Siobhan in same time next year, although she doesn’t know this yet! 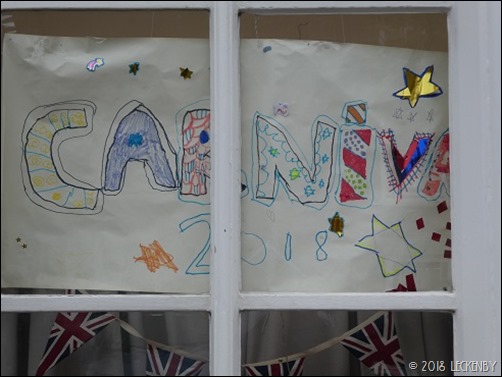 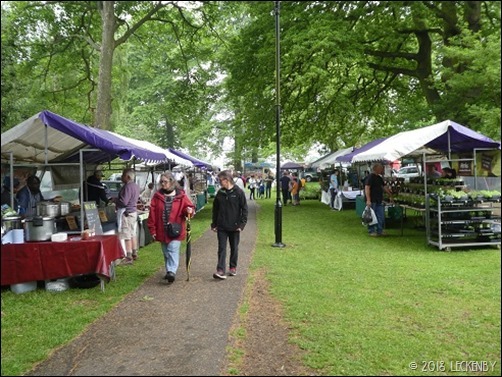 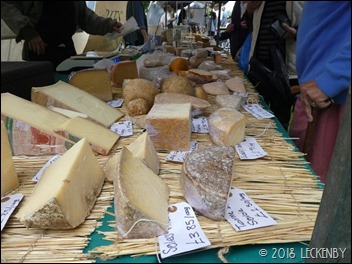 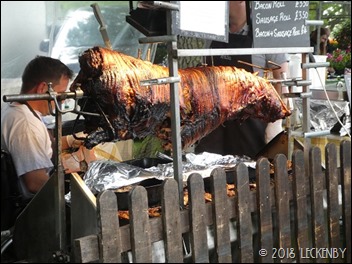 Proceedings had kicked off at 10am up in Abbey Park. We were surprised at how much there was. A Farmers market, asparagus, bread, cakes, jams, pickles, sausages, pies and a fantastic cheese stall. All looked very yummy so we made sure we walked round all the stalls before returning to make purchases. If there had been samples on the cheese stall we’d have been tempted, but only one was familiar ‘The Best Cheese in the World’. This has very thin veins of black truffle through it. We can vouch that it is lovely having had a very small piece from the deli in Yelvertoft a couple of years ago. As much as the smell was wonderful, we resisted. However next door was a pie stall. Mick jumped at a Pork Pie and we also got a Kiwi Pie to have later in the week, mince and cheddar, so we kind of got some cheese anyway. The asparagus looked good, but as we were eating out tonight we held back from this also, hopefully we’ll find some in the next couple of days. 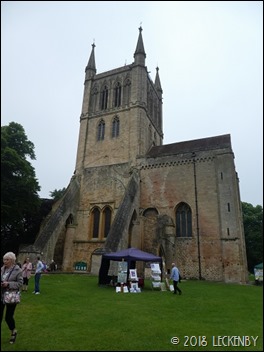 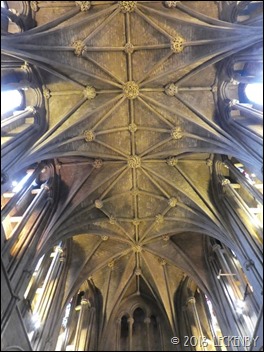 As the Park sits round the Abbey we went inside to have a look. Another building with quite a lot missing. Built between 1090 and 1130 the heart of the building is Norman, only the south transept and tower piers remain. The original choir was victim to fires and in 1540 during the reformation the Ladys Chapel, Norman Nave  along with other monastic buildings were destroyed and the materials sold off. In the 1860’s Gilbert Scott was consulted and much work to the building was done including much of the present stained glass. Plans on a board suggest that they are hoping to install an organ in the future, although nothing confirmed this in writing. 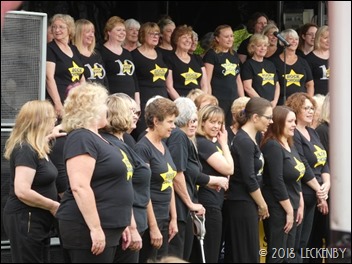 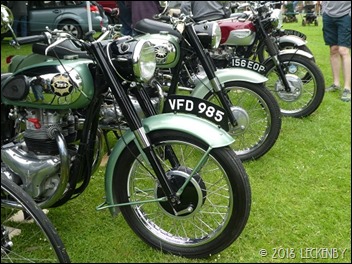 Back outside a fun fair sat at the far end with the usual travelling rides. A Rock Choir sang their hearts out and show dogs wore boots to keep their front paws clean before the judging. Steam engines and Motorbikes. 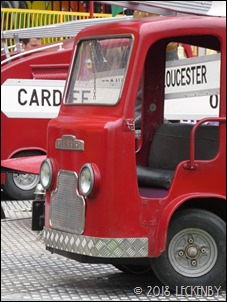 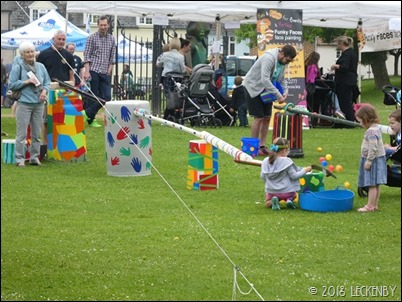 Numerous Tombolas on charity stalls, home made ball games and a group of Oakley’s friends. Food stands with curries, pancakes, hog roasts allsorts. The whole thing was far bigger than we’d imagined and reminded me of fetes from my childhood, just the marquees with fruit and veg on display missing.

Time was getting on and people were starting to line the streets waiting for the Parade. We made our way back towards the river and found where the floats were waiting and then found a good vantage point to watch from. 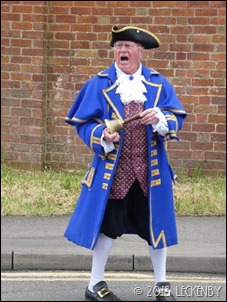 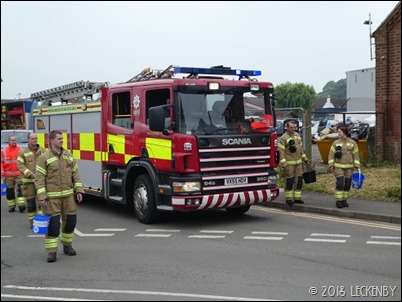 Once confirmation had been given that the road blocks were in place the thumbs up was given to the Town Crier who hoped we all had deep pockets so that we could give generously. The Fire Brigade led the parade out followed by a pipe band. 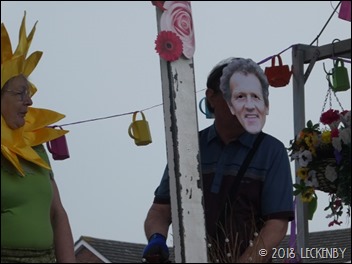 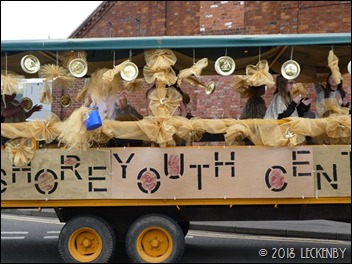 Several floats created on the back of wagons represented local schools and groups. A gardening themed one had Monty Don on board, but my favourite was the golden bow clad Pershore Youth Centre, they’d even persuaded the tractor driver to wear a gold sequinned top. 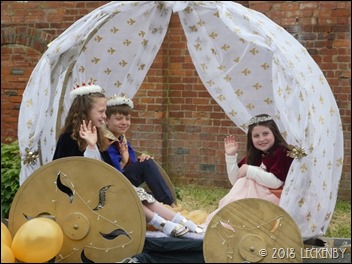 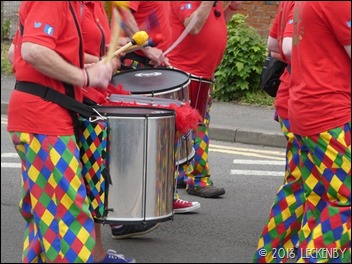 A very good drumming group upstaged most of the music from the floats and under the fabric canopy of a carriage sat the Princesses and a Price of the carnival.

We returned to the boat, missing out on much music, dog shows, etc up in Abbey Park.

Late afternoon we were joined by our friends Christine and her husband Mick. A guided tour of Oleanna was given to Mick before we climbed in their car and were driven the half hour to their house in Malvern. Our route took us along parts of the Avon, then across the Severn at Upton. One boat was moored on the steps but due to the high walls of the bridge the pontoons were out of view. We gradually got closer to the Malvern Hills that have been in our periphery vision for months now. 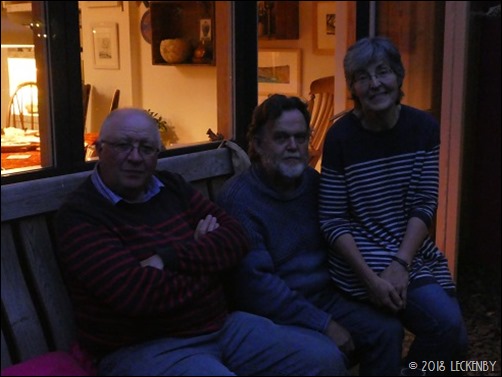 Christine and Mick have a lovely house and garden (Camera mended, the shutter needed holding for longer to get the timer and flash to work!). We enjoyed a lovely evening in their company eating and drinking before they very kindly gave us a lift back to Pershore where the end of the Carnival was being celebrated with a 15 minute firework display.

River Levels at 9am today on the rise, but not sharpley