We had a choice today, either we could go down six locks and moor where we had a month ago, which would take us around an hour and a half or we could push on and reach Worcester. The later was favoured. By the time we got moving several boats had come past in both directions, quite a few obviously trying to meet a deadline. 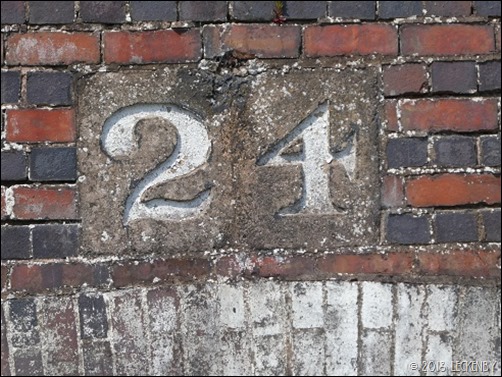 It wasn’t far to the top of the Offerton flight of six and as we started to work our way down a boat appeared behind us, as I closed the bottom gates the lock was already being reset. We met two hire boats coming up the flight, neither too confident at working the locks but it did mean that there would now be quite a bit of distance between us and the following boat. 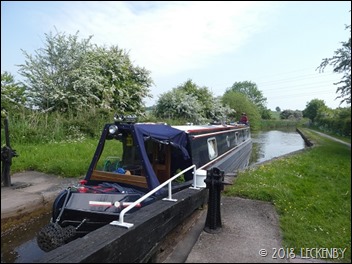 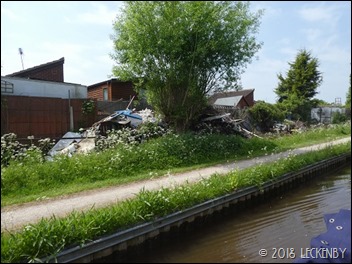 On we carried retracing ourselves. The canal gradually getting more urban, the stretch shortly after Offerton is horrible, people have dumped rubbish over their fences, a form of gradual fly tipping! 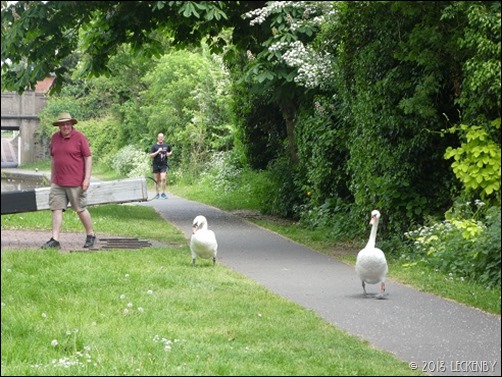 At Bilford Top Lock I walked down to open the next lock for us, it was half full/empty and a boat was just pulling up. Neither ours nor theirs, I lifted the paddles to empty it. NB Betty D ascended as Oleanna descended above and we swopped in the pound in between, just enough time to compare lock techniques before we were both on our way. 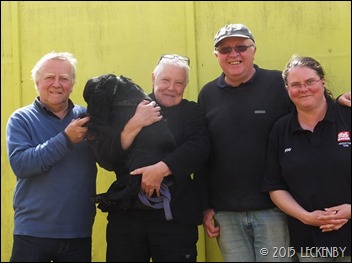 After dropping down Gregory’s Mill Top and Bottom Locks we pulled in for some lunch. Three years ago we’d stopped in the same place before we said goodbye to Bridget and Storm. Back then the towpath was boarded by a building site, now new flats overlook the canal with people living there who don’t seem to mind the odd boat pulling up.

We thought we had timed our arrival into Worcester well, in front of the days batch of hire boats, we could see them all being shown their holiday homes down in the basin. But when we arrived at Blockhouse Lock an ABC boat was waiting to go down. One chap stood by the lock wearing a life jacket, maybe he was from the hire base and was there to show todays hirers how to work the first lock. I checked to see if it was okay to help them down which it was, the life jacket was being worn by one of the crew. The chaps had hired once before, so had been sent out without any help from the hire base, they remembered how to work the lock, but the chap at the helm kept asking his crew if he was clear of the cill by the bottom gates.

At The Commandery the canal was busy. The moorings were just about full with a few git gaps, a boat coming up managed to get the boats to nudge up so that there was just enough room for them. We wanted to fill with water so carried on down hoping there would be space on the river pontoon. Approaching the service block I kept my eyes peeled for signs relating to mooring, we’d been moved on from here last month. Other than those at the actual water point I couldn’t see any mention of time restrictions, I might go back tomorrow and have a better look.

Hose connected, Tilly’s pooh box cleaned and refreshed, all the rubbish gathered and what should happen, the heavens opened. An absolute deluge! I heard the tank say that it was full and decided to brave the downpour to give the port side of Oleanna a brush down to remove the now thick layer of dust, hoping the rain would give her an extra rinse. I’d thought Mick was sheltering at the bins, but he hadn’t made it that far and was hiding under the pram cover. 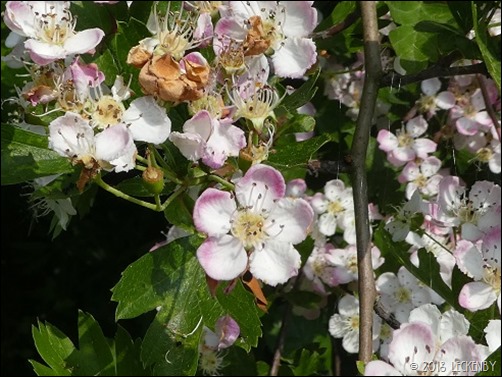 Twenty minutes later, two soggy hire boats had passed, then a single hander all heading for the river. The rain had stopped so we joined the single hander at the two big locks down onto the Severn. Just closing the gates on the bottom lock was the volunteer Lockie we’d seen last time, she came up and helped us through, we were recognised.

The single hander turned right to moor at the racecourse as we turned left. A couple of boats were just pulling in and breasting up on the pontoon, no space for us. I walked down to see if anyone was about to ask if we could breast up, luckily there was and we pulled up alongside NB Grace. A very welcoming chatty couple, we were well into conversation when the heavens opened again and we all immediately ran to our boats and dived into the dry.

Diglis, Worcester 0.597m, 4 inches lower than a month ago