Feeling a little more normal this morning we decided to get stocked up and get ready to finally leave Droitwich. Either direction would mean locks, but so long as we took it steady I was sure my lungs would be able to keep up with us. 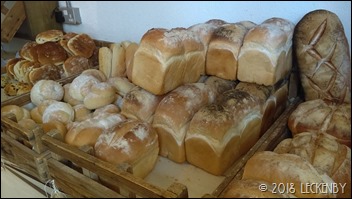 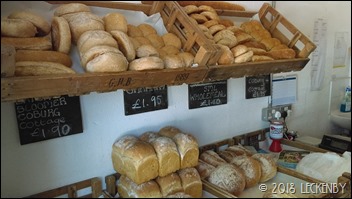 With 5% cash back at Waitrose we decided to head there to stock up for the next few days. In the car park are a few little huts, one called The Little Bread Hut. I’d noticed it last week shortly before it closed  and wanted to see what they had on offer. This morning the shelves were full of wonderful looking loaves and bread buns. Mick got a large wholemeal loaf and we also got a pepper and goats cheese quiche which turned out to be very tasty for our lunch. Well worth a visit, she’s only open a few days a week and closes early afternoon once her stocks have been depleted.

Once everything was stowed away we reversed to the water point. We only filled up yesterday but we wanted to be sitting as low as possible with the hope that we’d be able to get under the M5. The top of the chimney was removed, we were ready. 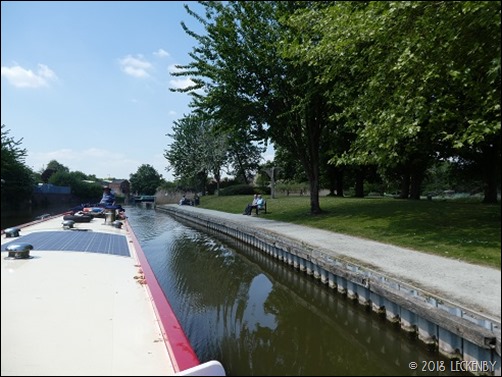 We waved goodbye to our mooring of the last week and made our way through the park. It being a Saturday there were plenty of pedestrians crossing over the swing bridges. A Mum and daughter stopped to point things out to eat other and watch the boat go past, the only thing was they were stopping the boat from going past because I couldn’t open the bridge with them stood in the middle of it! 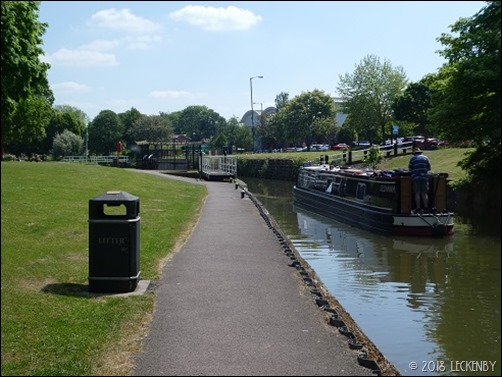 A chap from a boat moored by the Barge Lock came out and opened up the gates for us. The level was such that the gates at the other end of the lock could also be opened , then with the swing bridge swung out of the way Mick brought Oleanna straight through without stopping. We were now on the River Salwarpe, the level board was a bit hard to read and the lower end of it is very dirty, maybe it was just bordering on green, who could tell, we certainly couldn’t! But the fact that we’d been able to go straight through the lock suggested that the level was in our favour. 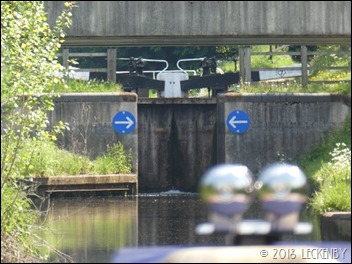 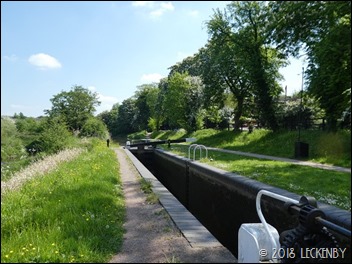 One lock before the M5 tunnel, the river level board here was below the green. We were now back to narrow locks, my lungs breathed a sign of relief, no horrible big fat gates to move. A boat came into view behind us we warned them that we might need to stop as we weren’t sure we’d get through the tunnel. We might need to remove the horns from the top of the cratch or worse still we might need to reverse, at least they were warned. 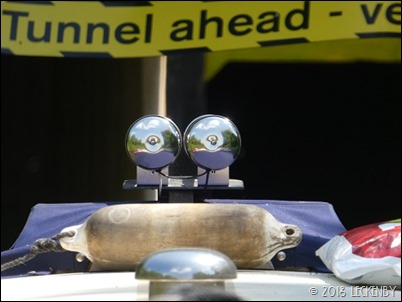 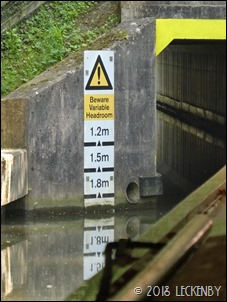 As you approach the tunnel there is a bridge with a bent gauge hanging from it, we fitted underneath. The water level indicated that there was at least 1.9m head room, we should be fine, no worries. Taking it slowly (which is all you can do) we could see the level dropping slightly towards the far end. 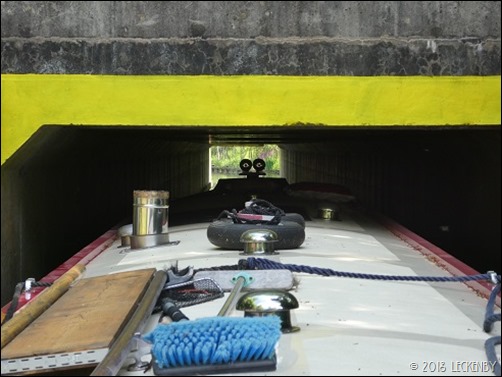 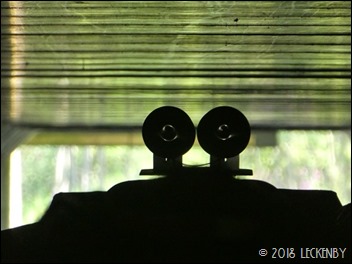 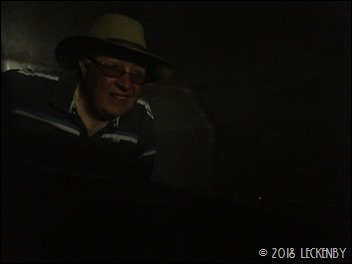 Oleanna smiled back at us, there was 4 inches above the horns and with the chimney as low as possible there was 6 inches clearance there. Phew! Glad we waited for the weather to improve and drop the level. 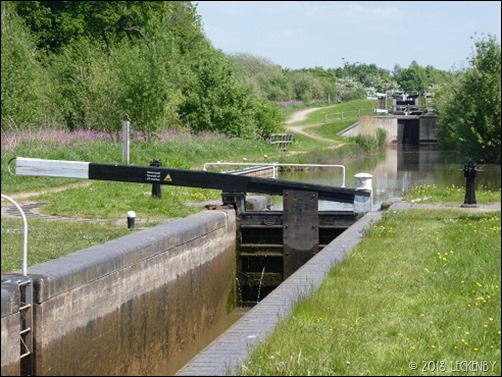 Infact the level was really quite low. Trying to drop me off for the next lock took some doing as we listed first to one side and then the other, something under the surface. The next lock has one of it’s gate paddles chained up, this is to stop the lock from being emptied too quickly and raising the level in the pound under the M5. Mick had difficulty getting Oleanna into the lock, either the bottom was too close to the top or there were more things under the surface that shouldn’t have been! 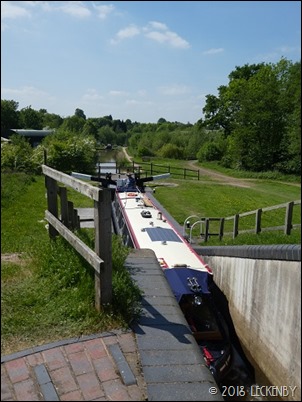 With the boat rising I walked up to the staircase locks and started to empty the bottom chamber, another paddle chained up to restrict water flow, then walked up to the top to top up the chamber above. No hire boats here this time to argue about how to operate the staircase, just the boat following us up who very kindly closed gates for Mick. 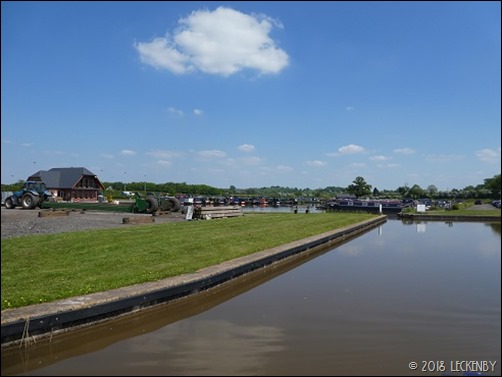 Anne (Mick’s sister) and Alasdair had stayed last weekend at the marina in their Motorhome. We peered over the hedge wondering if the code for the showers was still the same as last week. Apparently the facilities were all very nice, but for those on the campsite it cost an extra £10 a night to use them, needless to say a lot of showers were taken. 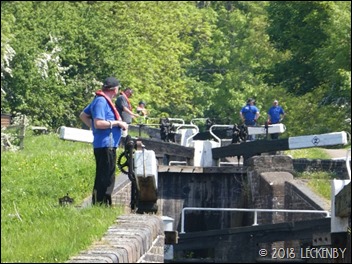 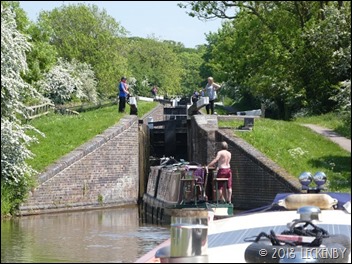 The Hanbury flight looked busy with at least one boat going up and plenty of people around each chamber. It turned out that there were four Lockies on duty today making our passage up very easy indeed. These three locks all have side ponds which help to conserve water levels above, so you are encouraged to use them. Emptying the lock involves lifting paddles to empty the lock into the side pond until the level equals (the lock about half empty), these paddles are then closed capturing the water, the bottom gate paddles now lifted to empty the lock completely so that we could bring Oleanna in. Then the water from the side pond is let back into the lock until it equals out, this is shut off again and then the level is topped up from the pound above. With two crew working the lock it doesn’t take that much longer to work up the locks but saves about half the amount of water normally used.

As we left the flight another boat was following us up and another was on their way down, plenty to keep the volunteer Lockies busy. 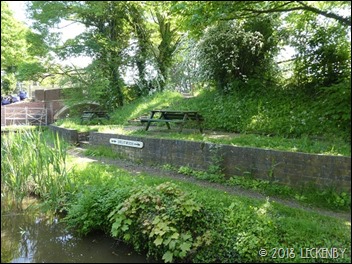 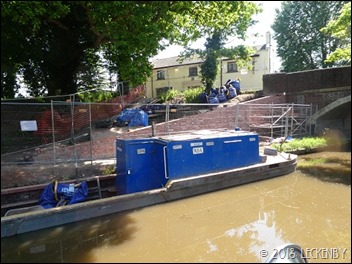 Reaching Hanbury Junction we turned the steep bend, steeper than normal as work boats were moored on the far side, we then reversed back to moor up for lunch. The bank that had been covered in Primroses a few weeks back had lost it’s yellow covering and everywhere was looking so much greener and fatter. Boats came and went, some turning towards Droitwich, some taking several attempts to turn towards Droitwich, others heading for Worcester others Tardebigge. 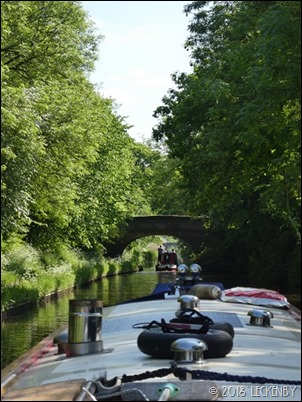 At Hanbury Wharf we pulled in for a bottle of gas and a top up of diesel. We’d last filled up on the Gloucester Sharpness and then headed upstream, so comparisons of diesel usage since our new batteries are not as yet possible. We also asked if he had anything that might work on our tainted mushroom. He brought out a bottle of Black Streak Remover and tried a bit. This apparently removes any marks he gets on his boat from burning wood and works wonders. It didn’t do anything to our mushroom though! 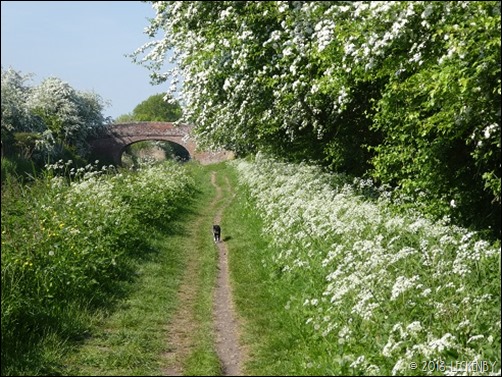 After some chilled medication we pushed on a bit further pulling in shortly after Bridge 32. The hedgerows are creaking under the weight of the hawthorn blossom and the cow parsley is doing it’s best to hold everything up from below. Buttercups glow between the reeds and nettles and Tilly set forth to explore her new surroundings in the afternoon sunshine whilst we watched the highlights of the wedding. 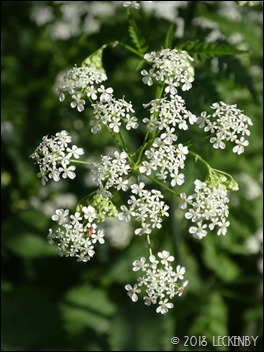 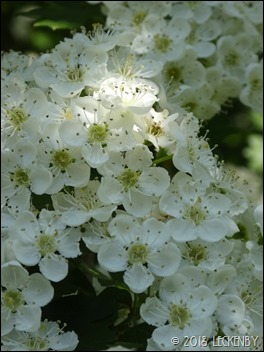