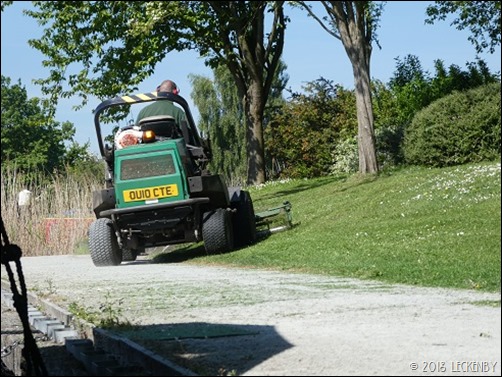 Today Vines park was getting a spruce up by the council. A large grass cutter was toing and froing around trees and kicking up a bit of dust as it went, good job I’d left washing the cabin sides for another day. The park does look well kept, very neat and tidy. Just a shame that the chaps with the strimmers aren’t quite aware of what happens when strimmer meets grit on a tow path near to boats! We managed to get his attention after three bits of grit hit the cabin side. There is so much dust laying on the surface it’s hard to see if there is any damage, I’ll have a better look when she gets a wash and try to touch up any damage.

With the sun still out I decided to have another go at the mushroom, but sadly nothing seems to work. Maybe that one vent wasn’t chromed properly, or it’s just a reaction. Should we want to change it in future it will take a bit of doing as access to the nut holding it in position is inside the vent pipe from our toilet, so some jiggery pockery will have to be done to gain access. It will stay tarnished for now though. 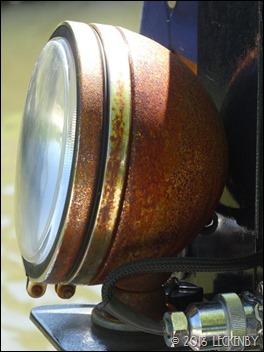 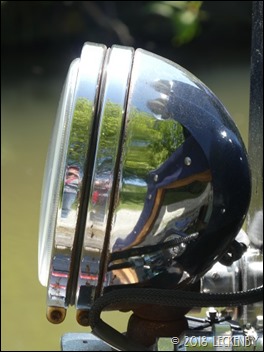 Our tunnel light has been looking very rusty for sometime. I’d successfully given it a good clean a while ago but it was far more stubborn today. Yesterdays research on cleaning chrome had come up with a good suggestion which made the job a whole lot easier. Foil and vinegar. With a scrunched up ball of foil and a drop or two of vinegar you can gradually rub off the rust, rinsing off with water and it was silver again. Don’t think it will last long though before the rust returns, so some WD40 might be applied to see if that works. 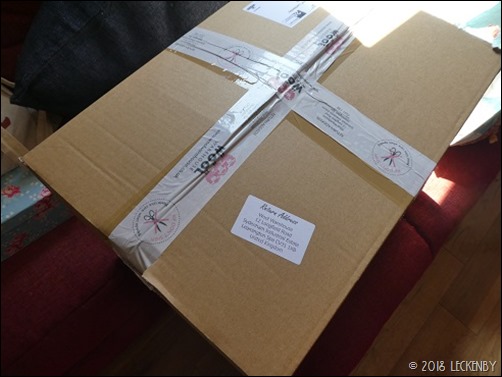 I took a wander up to the post office to see if my yarn order had arrived. I’d considered doing a bit of food shopping on the way, but was very glad I’d left that for later as there was a large box waiting to be picked up! 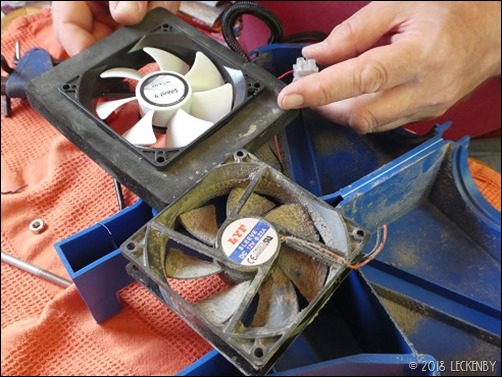 When we first got our Separett Villa composting toilet we were warned by various people that the fan they come with would only last a year. Bridget and Storm on NB Blackbird had found this to be so, so carry a spare. Our fan has been a little bit noisy since day one and Mick was keen to try to find a quieter replacement. A few years ago he bought me, for my birthday (I’m such a lucky girl!), a quiet power supply for my computer from a company who specialise in quiet PC solutions, so he bought two of their computer fans which we received via Eastbourne at the weekend. 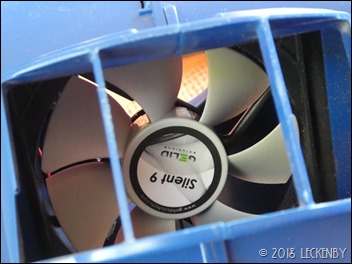 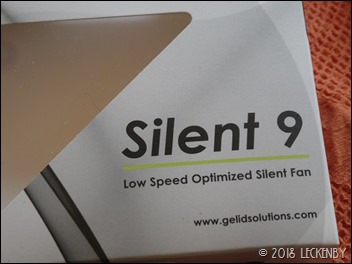 Because we are a 24volt boat, we have a 24 to 12 volt dc convertor, which means that the 12 volt is regulated, always at 12 volts. On a 12 volt boat unless you have a 12 to 12 volt stabiliser the voltage can fluctuate. The fans that come with our toilet don’t like fluctuations and therefore they give up after about a year. We’re not sure how much longer our original fan would have lasted us, but today as the pooh bucket was due a change Mick decided to see how quiet one of the new fans would be. I did get him to check which way round it was mounted after remembering that Jaq on NB Valerie had had difficulty when she changed her fan last. So far the verdict is a lot quieter, not totally silent, but it certainly won’t bother us overnight like the old one did. 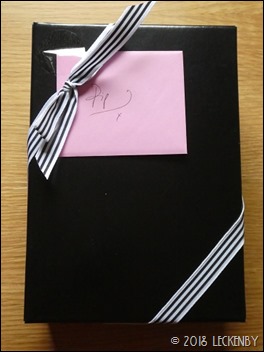 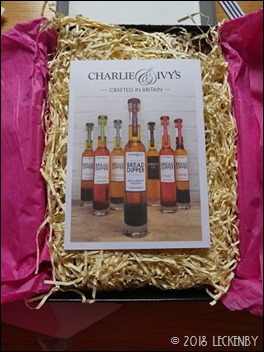 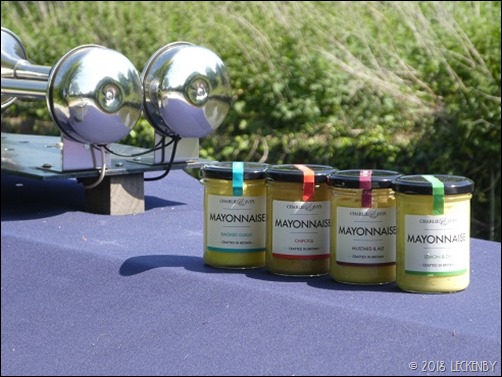 Another parcel received at the weekend was my prize from Charlie and Ivy’s. Four very beautifully wrapped up jars of their mayonnaise. We’ve already tried some of the Ale and Mustard with some cheese on toast and that was very yummy, looking forward to tasting the others, but we’ll have to restrict ourselves to one jar at a time.

A trip later in the day to Waitrose to see what was available in the sad gits section for our evening meal, means that we have a lot of broccoli and green beans to eat. I think a slightly odd stir fry is in order and then I’d best get crocheting and work my way through all that yarn!