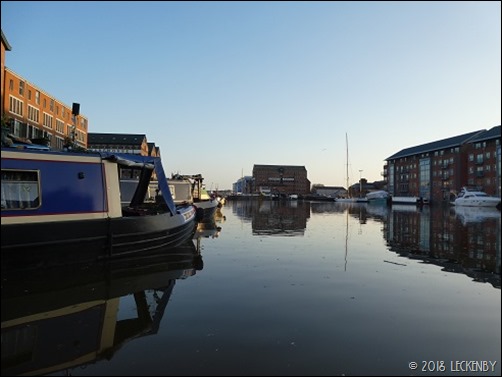 After our cuppa in bed this morning we were up and on our way. Other boats had moved before us eager to get going before the day got too hot and be first through the lock. One boat had started radioing the lock before it was even open and when he finally got through was told that there were several boats so he’d see how many he could fit into the lock. We however didn’t head that way, we headed to Sainsburys under Llanthony Lift Bridge. There was just enough space for us between an old hire boat and a cruiser, we were there before they opened so we settled down and had breakfast before going and stocking up again.

Signs were everywhere, 25% off wine, they knew we were coming, marvellous. We picked up our six boxes of wine and then noticed that the list after the * was longer than normal. Today the exclusions included boxed wine, they’d definitely seen us coming and changed the rules! Oh well they were in our trolley now and we might need the extra ballast to get under the M5 on the Droitwich Canal.

Once everything was stowed we winded and headed to fill with water and get rid of our rubbish. Water points and bins have been at just about every bridge, all with a recycling bin, just a shame they don’t include glass. We’ll have to wait to dispose of that back in Worcester. 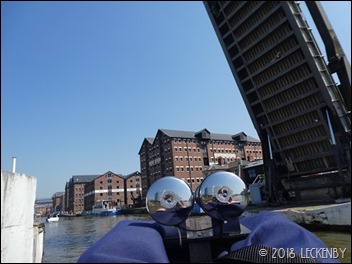 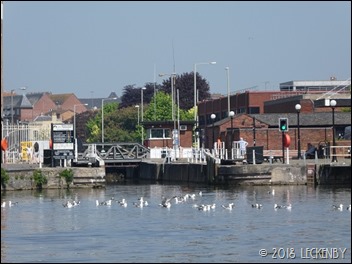 Radioing through to the bridge we were asked to wait for the C&RT trip boat to come through first, another boat was wanting the water point, so he trod water behind us until we were through. We were ready, life jackets on, weed hatch checked, anchor reattached, Tilly’s escape pod zipped up ready for action. The gates to the lock opened up in front of us and in we went. Plenty of gongoozlers as we descended down into the river. 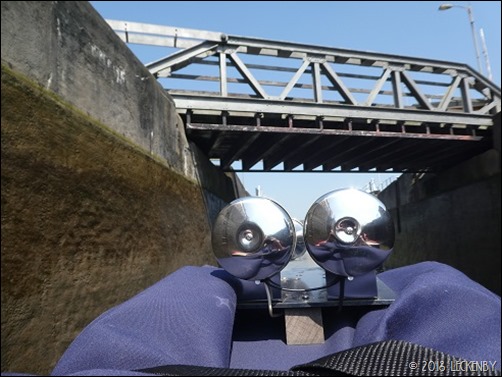 With a wave to the Lockie we were on our way leaving the Gloucester Sharpness behind. We’ve enjoyed our time here, if there was a coal boat and another handy food shop on the canal we’d consider it for a winter and maybe actually get to visit some museums. 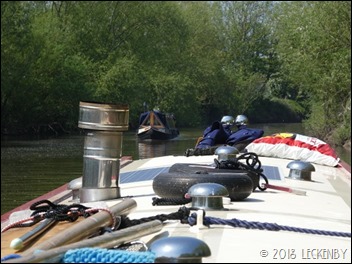 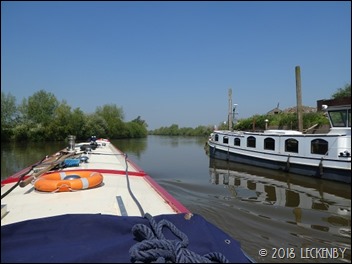 With a load of washing on the go we pushed our way along the cut. The radio was busy with other boats approaching wanting the lock. The Lockie informed them that they would meet us at some point and that other boats were being locked down, so not to rush. About half way out we came across the first two cruisers and a little while later a narrowboat. At Upper Parting we bore right and onto the river, the diddy sign hidden in amongst the undergrowth that is now overgrowth! Mick radioed back to the Lockie to inform him that we were now clear of Upper Parting and thanked him. After shopping and filling with water we’d not exactly made the most of a cool morning for cruising in. The sunny last few days has made all the willow trees start to shed their seeds, they float through the air like snow on a gentle breeze, fluffy fairies. At points the surface of the river was covered with them. 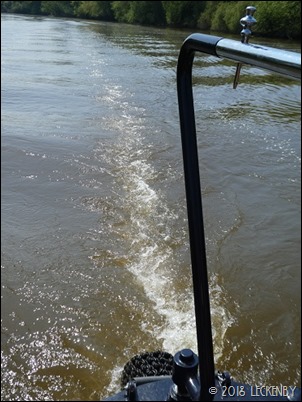 We were in two minds as to where to stop today. Heading upstream would take longer than when we’d come down. We want to visit Upton which is upstream of Upper Lode Lock but they have had a Folk Festival this weekend, would this mean we’d not get moored? Or would everyone have headed for home after lunch? If there was no space then we’d have to carry on to Diglis Lock and Worcester as there is nowhere in between to moor. That would be a bit too far in the soaring temperatures.

Once the washing machine was finished the dishwasher was set going, making good use of the engine as Oleanna enjoyed being in the deep water again. We were managing only about 4mph so the flow was quite strong against us. 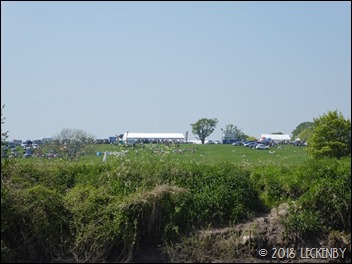 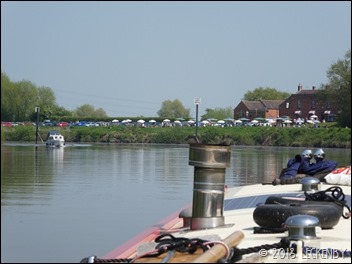 Plenty of people were out enjoying the sunshine. As we left Upper Parting there were large crowds, cars and tents on a hillside. They were watching horse racing, not sure if it was flat racing or point to point, but it was popular. At The Red Lion all the outside tables were full and there was a queue at the door for refreshments. Soon the 24hr mooring came into view at Haw Bridge, it was empty and we were hungry, hot and thirsty. Here was an opportunity to take some shelter, so we pulled in. The current on the river had other ideas. Being on a bend and just after a road bridge Oleanna was constantly being pushed away from the pontoon, so tying up took sometime. Then we realised that we couldn’t open the hatch as the pontoon was higher than the gunnels. Mick let the stern drift out at touch to give us enough room to open up and enjoy the slight breeze. 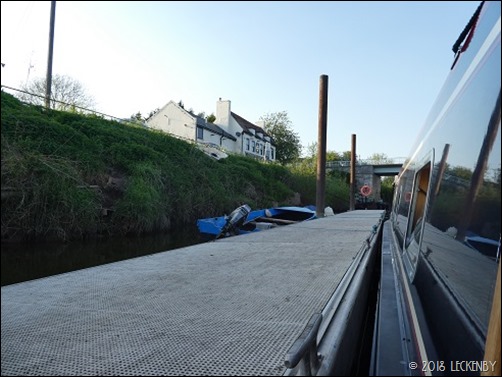 With only a few boats passing us and The Bridge pub closed today our mooring is quiet. TV and internet not so good, although we did manage to watch a couple of hours of TV on the internet, we’ve still got plenty of data left.

Tomorrow the temperature is due to drop so the shorts may go back in the cupboard and who knows we might be lighting the stove again by the end of the week! 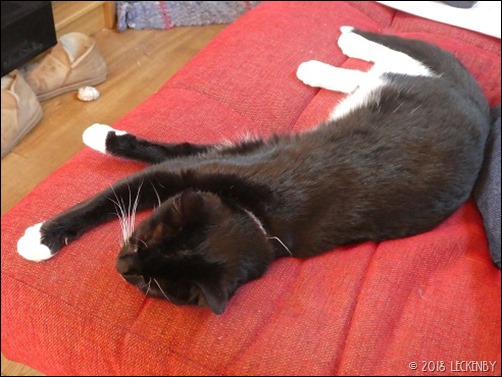