Returning to Frampton there were a couple of things on the list that we wanted to do. I wanted a look around End Of The Line Fabrics on the Industrial Estate and we wanted to have another look round the village and decided to see what the Narles Walk was like that we’d seen mentioned on a gateway. 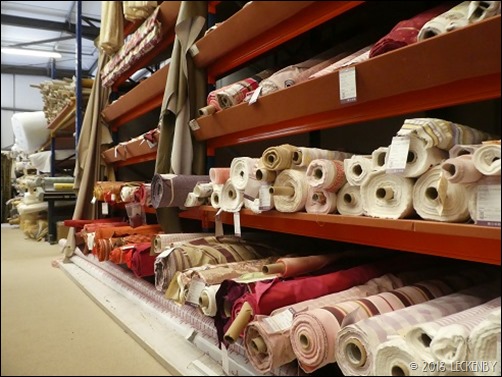 Late morning I walked up the towpath, Mick wasn’t interested in fabric so I was on my own. End of Line Fabrics had a lot of stock, however Fabworks in Dewsbury has getting on for five times as much. I had made myself a promise not to buy anything unless I could think of a project it would be good for. I tried and tried but no light bulb moment. There was some fabric that I could make into locker cushions, but that would involve getting the sewing machine out and foam. I really want to crochet mats for these so that they can easily be rolled back out of the way as we don’t often sit in there and all that is needed is something to insulate your bum from the cold of the metal. Sadly any fabrics I liked the look off were too thick to do this with so I left empty handed. But should you be wanting to do any upholstery or soft furnishings I’d say it would be worth a visit. Some fabrics there was plenty of but others enough to make curtains for a narrowboat but not a house, all were reduced greatly.

Back at the boat we had some lunch before starting the Narles Walk, we planned to follow the route in the direction shown on a map we’d found on line, but take a slight detour near the end to visit The Three Horseshoes for a refreshing pint. 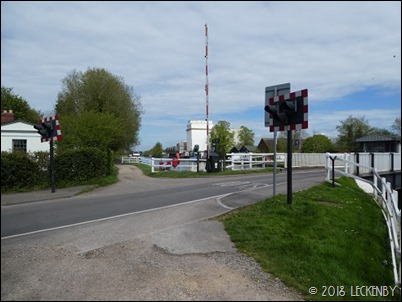 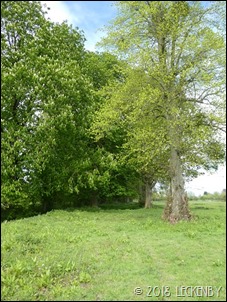 We followed the towpath to Fretherne Bridge and then turned west along the road before joining a footpath that crossed through fields under an avenue of chestnut trees. 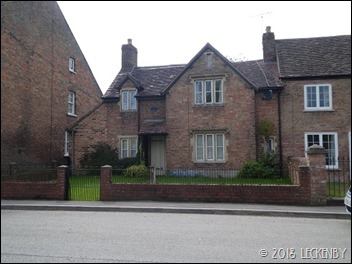 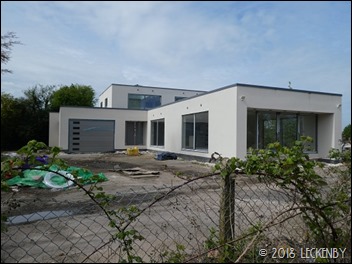 The path led us past a private lake and into the village of Saul. Here we came out alongside the old School House which alarmingly had a post with a handcuff attached to it on the front lawn. 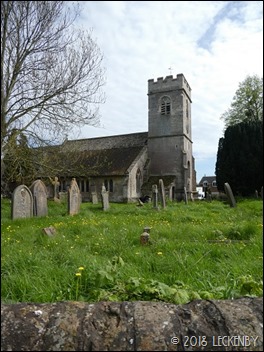 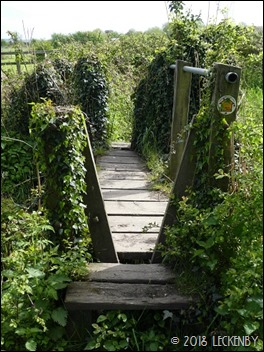 Across the road next to St James Church was a modern house being built. I quite like white boxy houses like this with lots of glass, but I really hope they do some nice landscaping to soften it’s edges. 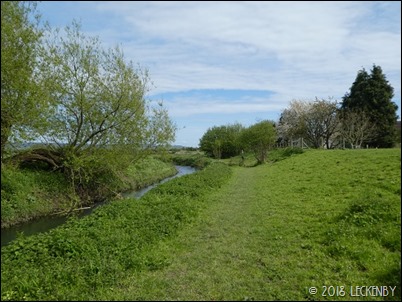 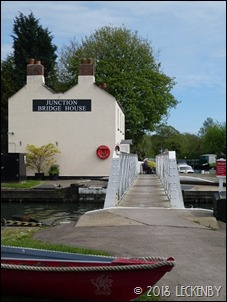 Meeting up with a stream we then followed it up to the canal at Saul Junction where rowers were preparing to go out. Here we crossed over the small bridge and did a dog leg around the cottage. 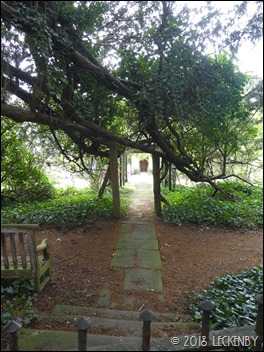 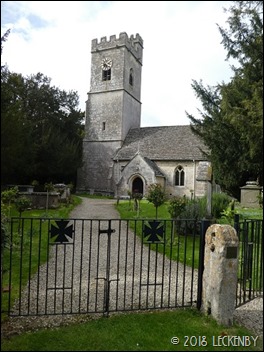 The path brings you to St Andrew’s Whitminster a pretty church bordered on one side by huge Yew trees. These are so huge that many of their branches have supports. They hide what looked like (from the glimpses we got) a very large house, Whitminster House. 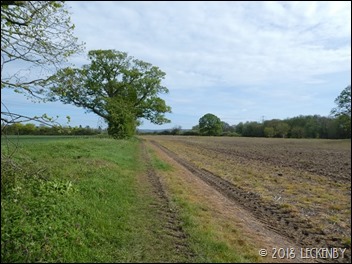 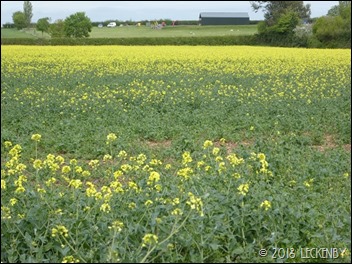 The instructions from our map became a little bit confusing at this point and luckily a sign put us off going the wrong direction, no right was needed. Crossing the road we followed a track along the side of numerous fields. 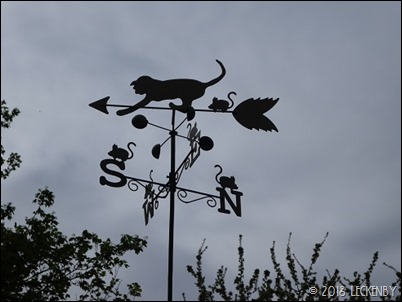 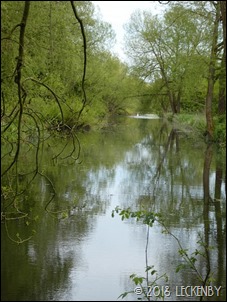 We then were brought down to cross the Stroudwater Canal. This week they have just been awarded a grant to go towards restoration works to connect the Stroudwater back to the Gloucester and Sharpness Canal. 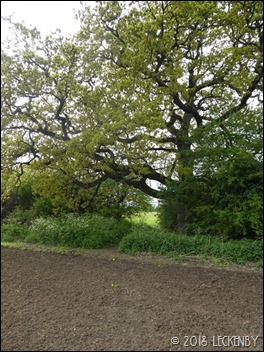 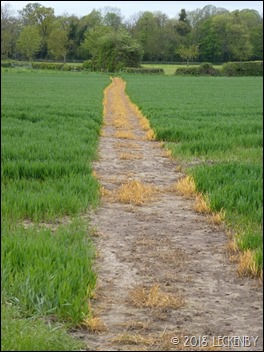 From here we walked along the River Frome for a while and ended up crossing muddy fields before edging our way around more. Some paths were hard to see yet others very obvious indeed. 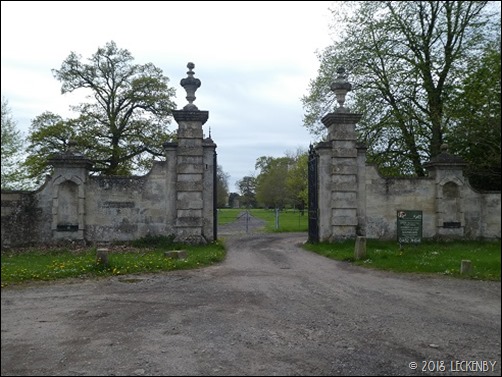 We were now faced with very large gates and the entrance to Frampton Court Estate. Frampton Court and it’s Grade 2 *listed park are at the heart of the estate, together with the Green and Manor they are designated Heritage property. Fair Rosamund Clifford, Henry 2nd’s mistress was born at the Manor in the 12th Century. It has been the family home of the Cliffords for 900 years. Sadly their website doesn’t seem to want to work at the moment, but here is a link to wiki for more information. 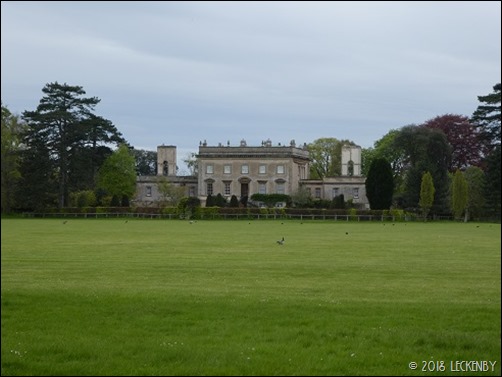 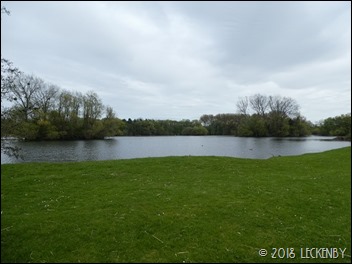 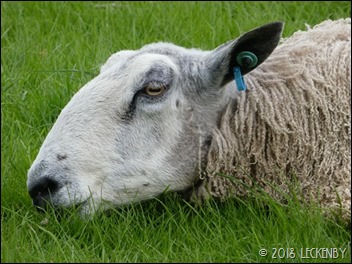 Behind the house the grounds stretch out, a large lawn (with stripes) is surrounded by slightly longer grass with pathways for the public to enjoy. The garden pond is vast too. Sheep graze, Geese peck a wonderful place to be. 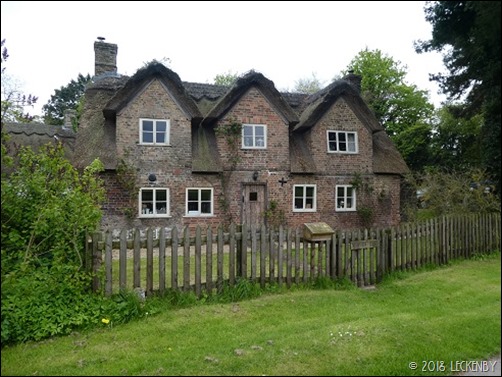 Once we’d walked across the back lawn we deviated from the route and headed into the village. Our feet were tired and we were a touch parched. Our arrival at The Three Horseshoes was almost perfectly timed, we had a two minute sit outside before they opened. 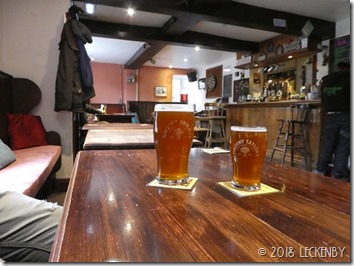 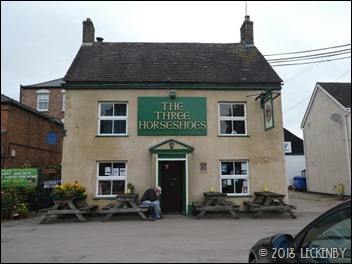 First a well deserved pint and my Dad’s favourite was on so we both chose Landlord (T) Mick did later try a local brew. The menu on the wall shouted out to us. We’d heard of the 3 Shu Pies and decided to sample them. 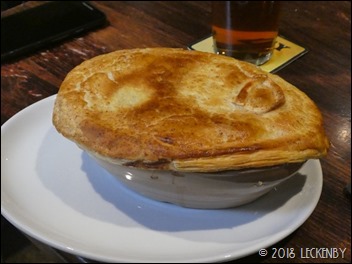 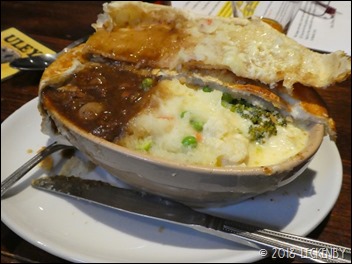 A Shu pie (invented by Eileen) is split into three sections, cauliflower broccoli cheese, creamy mash with vegetables and then the last third is down to yourself. There is a huge choice of fillings, at least three veggie options and nine meat and one fish. Mick had Liver and Onions and I had Steak and Kidney. Each pie is topped with a puff pastry lid, not one that you get in your average pub levitating above your food, but a thin crust moulded onto the top of the pie dish sealing everything in with a letter to indicate what is inside to the server.

We were given instructions on how to eat our pies. Cut down the middle and peel back the crust to let plenty of steam out, the contents were very very hot and tasty. Definitely worth a visit. 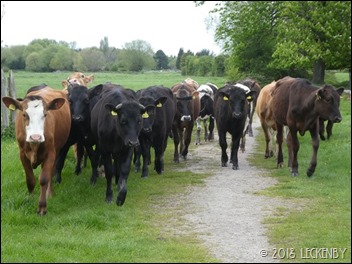 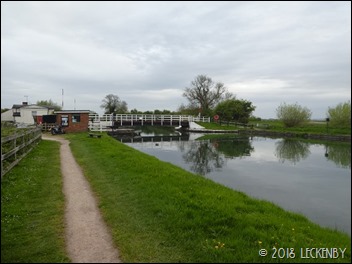 Just to the end of the village and back across the fields to Splatt Bridge nicely refuelled closely being followed by a heard of young cows who certainly weren’t giving up.