Not the best nights sleep, I woke at 2pm listening to the howling gale outside, this was then accompanied with down pours of rain hitting us sideways for hours. The local forecast had suggested the wind and rain would stop at around 9am, the National that it was more likely to be midday. So despite there being no rush to get up we were still awake early, an extended cuppa in bed before starting the day with a bacon butty. Outside was filthy, we even put Tilly off wanting to go out as we were worried she’d get blown away! 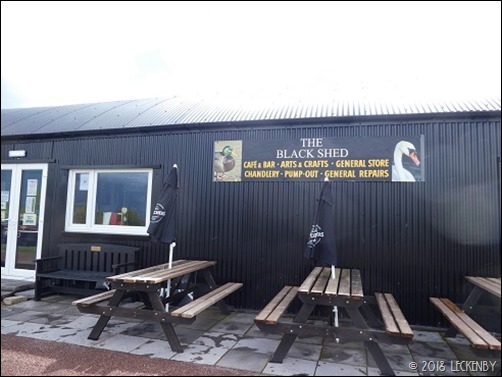 11am things were looking up outside, there were patches of blue sky appearing. Platt Bridge was opened up for us and as soon as we were through we pulled up in front of The Black Shed. A chap busy digging a trench asked what we were after, diesel, then suggested that we should turn round as the hose wouldn’t reach! So with help from the wind we winded Oleanna, pulling the bow round, getting the diesel filler as close to the pump as possible. The pump, hose and tank all looked quite new and the hose was on a retractable drum, there seemed to be plenty left to unravel, but we’d turned quite easily only slightly holding up the bridge from being swung for more boats.

With the forecast now warming up, we decided to assist with the rising temperatures and bought a bag of coal! Heat, not sure we’ve had this brand before, we’ll be glad when we can buy Excel again, less ash easier to light and keep in than Taybright.

The Black Shed is a cafe with a gift shop at the back. Along with typical canal ware and crafts they stock some basic provisions. So at least if you were stuck at this end of the canal you’d be able to survive on more than tinned potatoes and pot noodles from Sharpness. Along with coal and diesel they also do pumpouts and at £12 are a bargain.

We winded again and continued on our journey northwards. After Splatt Swing Bridge we pulled up on the off side to fill with water and set the washing machine going. There was a hose attached to the tap which then disappeared into the friendly cover along the permanent moorings to a boat somewhere in the distance. So we decided to have some lunch and give it an hour before deciding what to do. 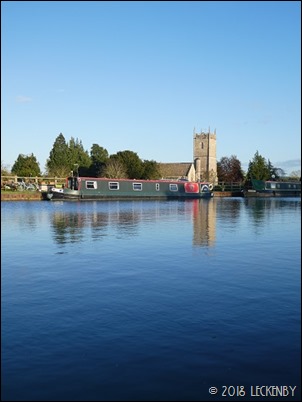 An hour and half later we’d eaten, a load of washing was complete and there was still no sign of anyone. Mick walked down the path to see if he could work out which boat was filling their tank, or by now filling the canal, but had no luck. So we decided to disconnect them and start filling our tank, that would flush them out from their cabin. It took about half an hour before a lady showed her face, all very amicable, but she still needed about another twenty minutes until her tank would be full. What a huge tank she must have for it to take around two hours to fill with good pressure. But then who knows what state the hose is in all the way to her boat. She asked if we could give her twenty more minutes and then we could disconnect her, which of course we did. Our tank took a further twenty minutes to fill. We’d been there for getting on for 2 hours 45 minutes.

Pushing over we found our mooring from a few days ago and managed to line the side hatch up with where Mick had trimmed the nettles. The sun was out but the strong breeze made it a touch hard to moor up, Oleanna really wanted to go and say hello to the boats on the other side. Too windy for the whirligig so our airer was put on the stern with washing to dry. 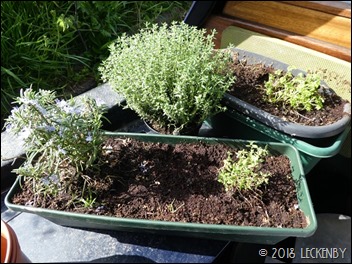 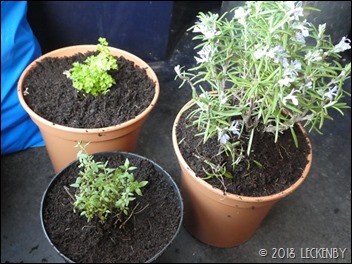 I took the opportunity to do some gardening. Our herb pots although the plants are growing needed some tidying up. The new Thyme plant has doubled in size since we bought it a month or so ago and was in need of repotting then. So the herbs each got a new pot each, even my old Thyme plant is doing it’s best to make a come back. With these looking tidier and easier to have around the bits and bobs in the well deck I then filled one of the tree troughs with compost and popped eight seedballs on top. 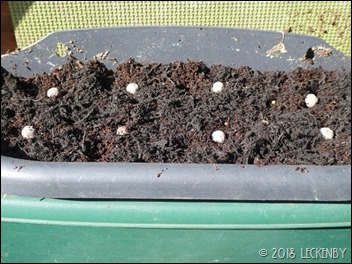 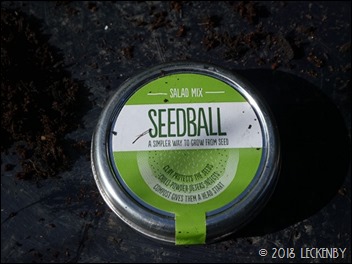 Christine, Mick’s sister, had given me a tin of seedballs for Christmas. They should grow a variety of salad plants. All you do is lay them on compost, or scatter of earth, water and wait. We’ll see what happens, if they sprout successfully I’ll do another trough in a few weeks to keep the crop going. These may have to live on the roof, but we’ll see how they do in the cratch for now. 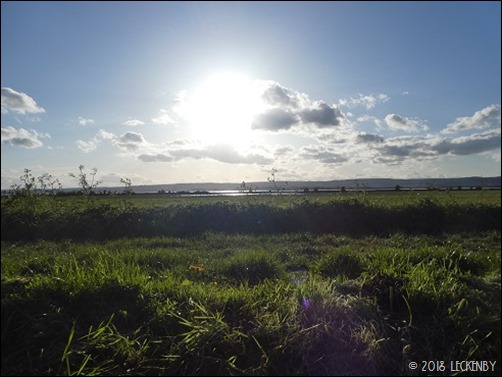 This really is a lovely mooring. On tip toe this evening we watched the sun go down over the hills in Wales. 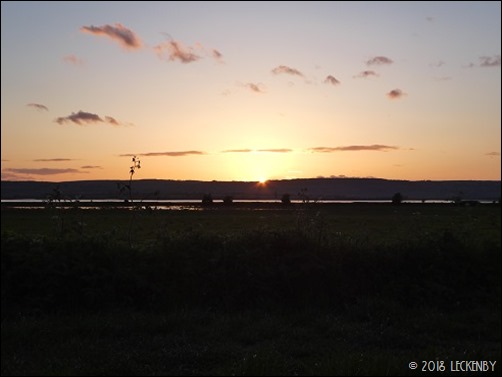 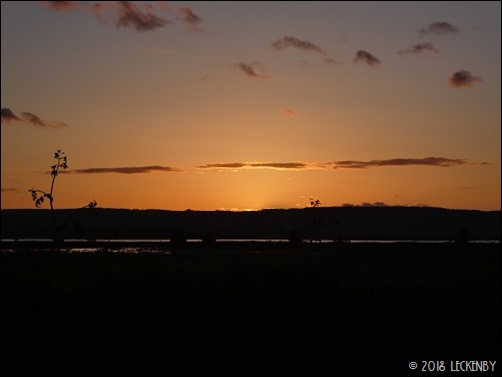 A comment from Ade reminded me that I’d forgotten something in my post on Sharpness. As we stood looking southwards towards Bristol I’d wondered how long it would take to get there. Then I wondered how long that long way round would take us to get back to Droitwich. So a quick route plan on canalplan and adding in that we love Tidal Rivers and Seaways it did the calculation for me.

Returning the way we’ve come, but carrying on up the River Severn to Droitwich would take us just over 23 hours, it being 54.5 miles and there being 12 locks.

But heading south to Bristol, the whole K&A, Thames, up the Oxford, Hatton, Lapworth, Tardebigge and then limboing under the M5 would take us around 148.5 hours, it being 262.5 miles and there being 276 locks. The fact that there are more locks than miles to do this route put us off.