Patch Bridge, Slimbridge
Was it going to be worth the money? 10% discount when buying on line made it slightly better, we had our usual dilemma when it comes to entry fees to somewhere. But with the sun out we decided to go for it, making sure we left Tilly behind as she wouldn’t have been welcome! 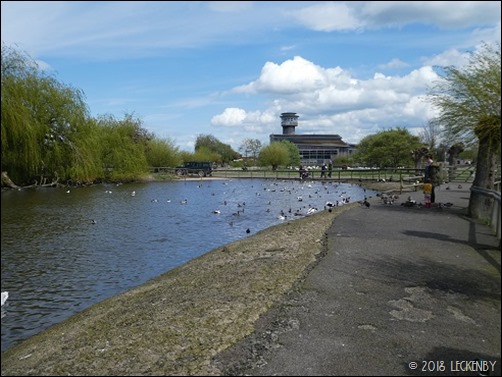 The Wildfowl and Wetland Trust at Slimbridge was set up by Sir Peter Scott at the end of 1946 as a centre of research and conservation. He was a keen ornithologist, painter, naval officer, figure skater, sailor and broadcaster. The son of Robert Falcon Scott  who died when Peter was only two years old. Roberts last letter to his wife advised her to ‘make the boy interested in natural history if you can, it is better than games’. She obviously succeeded.  Peter first came to Slimbridge to shoot ducks and realised what a fantastic place it would be to study wildfowl. The centre was set up and opened to the public. 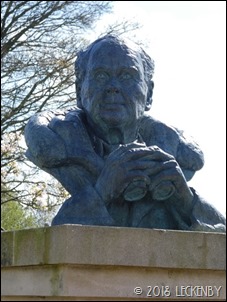 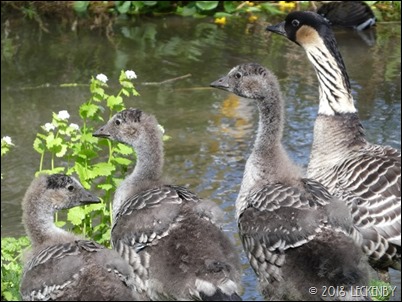 It is now one of eight such centres across the country. Slimbridge covers 2,000 acres of reserve of which part has been landscaped and is open to the public. It houses the largest collection of wildfowl species in the world and doesn’t just concentrate on British birds. Through captive breeding programmes Sir Peter saved the Nene or Hawaiian goose from extinction in the 1950’s and the centre has been involved in trying to increase the numbers of Common Crane, helping them to forage and avoid danger. 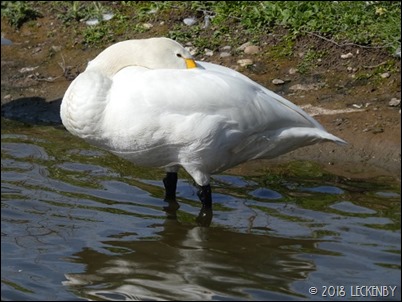 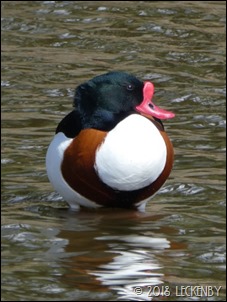 We timed our arrival with a talk and tour of the sight at 10.30am. Our guide was a volunteer at the centre, she said she wouldn’t know everything but was very informative about the centre and told us what quite a few of the birds were. Swan Lake is where you come to first, with Bewick’s, Mute and Trumpeter swans all interested in seed that you may have bought on your way in. They share their space with may free loaders, Mallards, Crested Ducks, Shelducks and Pigeons. 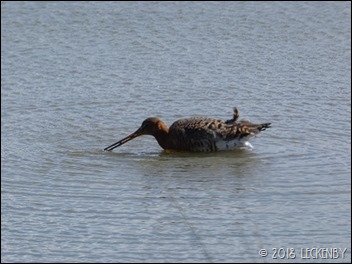 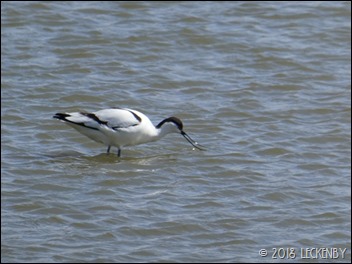 Areas have been landscaped and planted to resemble certain parts of the world, Asia, South and North America etc. Here collections of birds from those continents are kept their wings having been clipped to stop them from flying away. Over 100 different sorts of wetland birds live here along with the local freeloaders. Out on the reserve wild birds come and go with the changing seasons and numerous hides face out to the wetlands that surround the centre. 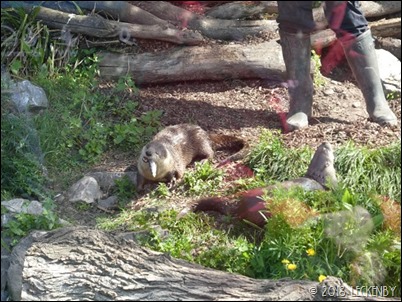 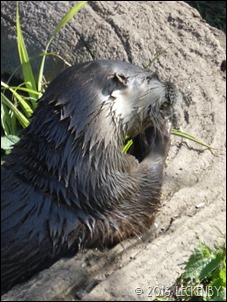 Our tour ended at the Otters pool just in time for a very informative talk about them. The three ladies were showing off to the crowd before their keeper arrived with a silver bowl of fish for them. They simply loved being in the spot light and eating their breakfast. 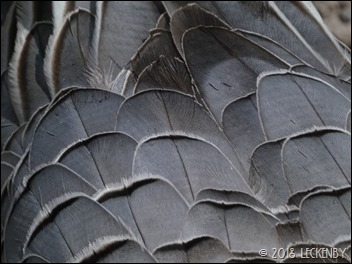 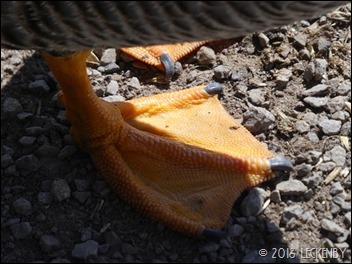 We were then left to our own devices to wonder around at will, from area to area, spotting the first few babies that have hatched at the centre, including some Nene chicks. These birds are very polite and simply walk up to you to see if you will give them some seed, other geese are far less subtle and give your legs a peck! 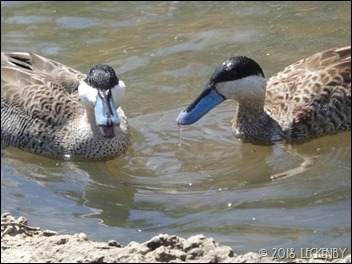 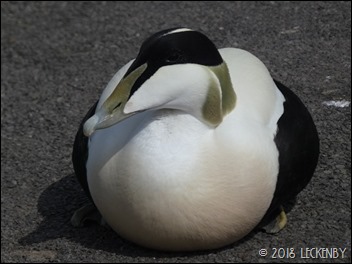 Too many beautiful birds to mention. Our favourites were the Eider males all sporting their mating plumage and calling to each other in a rather rasping purr. 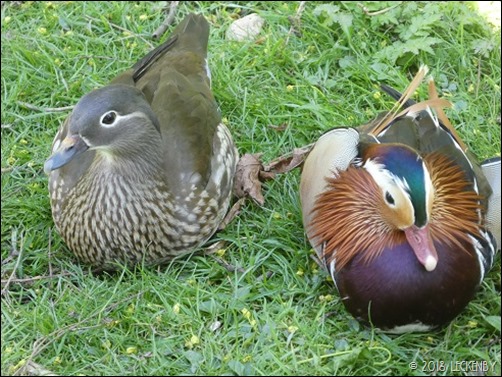 Several Teals caught my eye with their incredible plumage but no bird could ever upstage the Mandarin Ducks, even the female in her grey plumage is beautiful. 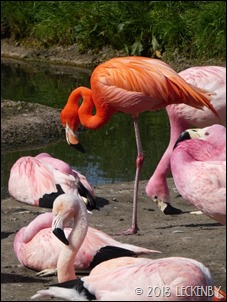 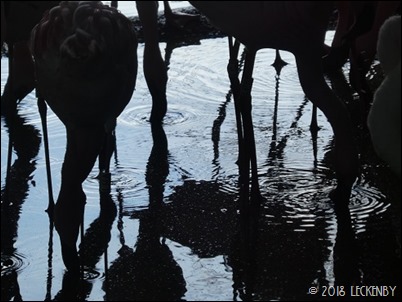 Slimbridge is the only reserve in Europe to have all six species of Flamingos. Andean, James’, Chilean, Greater, Lesser and Caribbean with their incredible orange pink colour (they must eat a lot of Haribo to be that bright!). These chaps are all very noisy. Mick read that they can live in flocks of up to 1 million, we wondered what happened if the flock became 1 million and 1, we expect that they’d all just explode into bright pink sherbet. 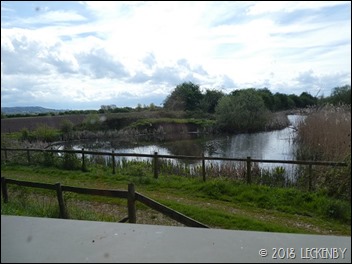 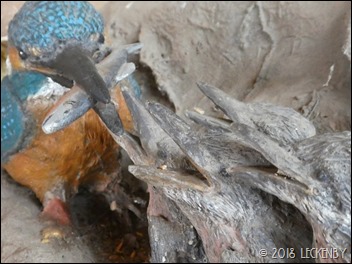 One place we had to visit was the Kingfisher hide. Our visit was badly timed as they are currently sitting on their eggs. In a few weeks time Mums and Dads would be very busy trying to feed their off spring. A brood of around seven, each needing 12 to 18 fish a day will keep them coming and going. We sat patiently along with other hopefuls but gave up after a while. 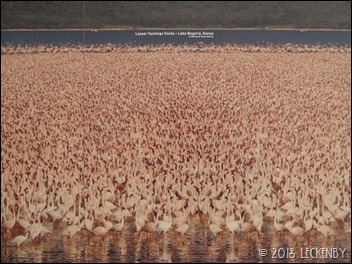 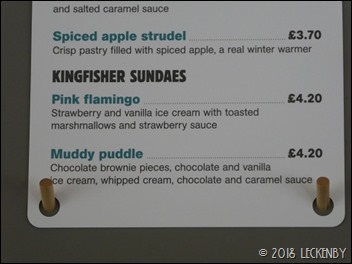 A bite to eat and a drink at the Kingfisher Cafe. I don’t know how but we managed to refrain from the Flamingo chilled medication that was on offer. 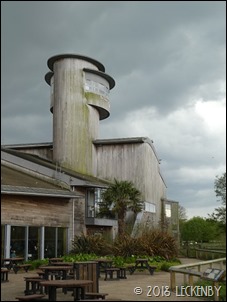 The observatory sits high above the main centre and from here you can see for miles. It must be an amazing place when flocks of migrating birds are flying in from all over. We then walked round some of the hides, from one a Crane was at on her nest with one egg beneath her belly, a chap with a very large lensed camera said that she was expected to lay a second egg today or tomorrow. The place will soon be full of chicks. We’d already seen a Moorhen protecting it’s nest from some Nene Geese who were just politely walking by, it could get a bit fraught soon! 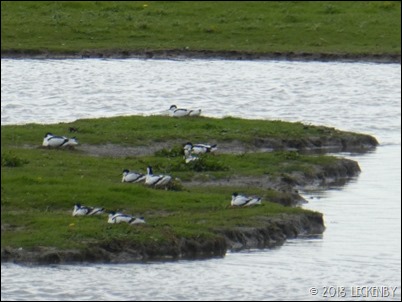 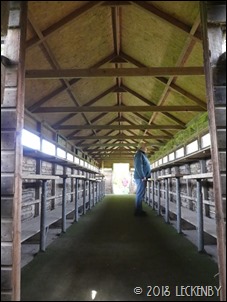 The sun gradually disappeared through the day and down pours started to happen towards the end of our visit, dodging between hides we managed to stay dry. 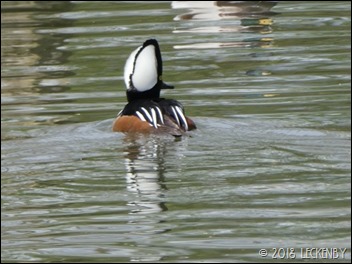 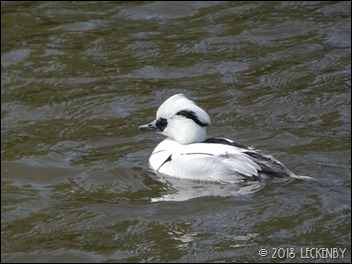 We thoroughly enjoyed our day out and it was well worth the money. Mick was a bit concerned that we’d be indoctrinated into becoming twitchers, but instead we left knowing the names of a few more ducks that we see. For instance the white duck at Norbury Junction that can be heard from miles away, isn’t just a white duck it is a Call Duck. Those huge Mallards that you see every now and then well they are actually Rouen Ducks.
0 locks, 0 miles, 10% off if bought on line, 6 species Flamingo, 100 sorts of wetland birds, 1 Pooh Scrubber, 3 goslings, 2 ducklings, 1 Screacher, 1 Mohican Duck, 2 Mandarin Spring Roll ducks, 6 Hard heads, 3 otters, 1 mouse, 1 cat who would have happily stayed on harness for all six hours and not licked her lips once, 1 very good day out.