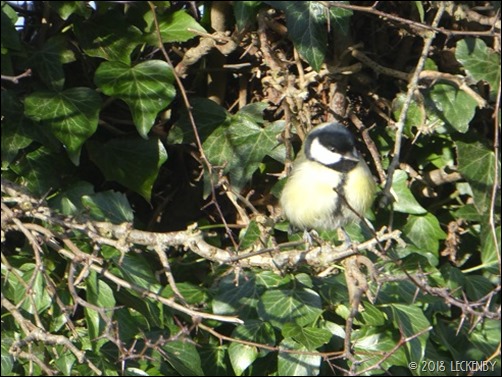 I enjoyed a bit of a lie in this morning whilst Mick obeyed the voice from Houdini’s phone and got up just before 7.30am. There were noises coming from NB Mountbatten soon after Mick showed his head out at the back of Oleanna. Lying in bed listening I really wish I’d recorded the noises.

Mountbatten’s engine took a while for it to get started, it was –1C. Then it gradually had it’s morning stretch and slowly got going, the chugging evening out to a constant rate. Richard brought her back alongside Oleanna, first a gas bottle (bumped and scraped into the locker at the bow), then what sounded only like one bag of coal (but Mick assures me it was four). She was then moved to the stern for diesel. He did his calculations handed over the bill and set off to replenish the stocks of a couple more boats in view and then carry on towards Ellesmere, Ruth hitching a ride to open up the lift bridges for him as he went before walking back to their butty Jellicoe.

Mick climbed back into bed with a cuppa at 8.15, job done and no missing cat this time! 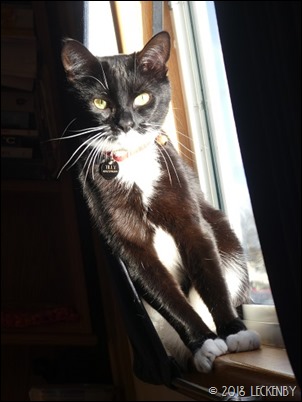 Having been sat at Grindley Brook now for eight days we decided that a change of scenery would be good. First a couple of loads of washing were run through the machine and hung out around the cabin, followed by a shower and a top up of water.

We still have a week before a stoppage ahead of us is completed and we reckon it will take a couple of days to get there. Grindley Brook is the last water point before the stoppage so we didn’t want to move down stream just yet. Instead we winded above the staircase locks and pootled our way back towards Whitchurch. 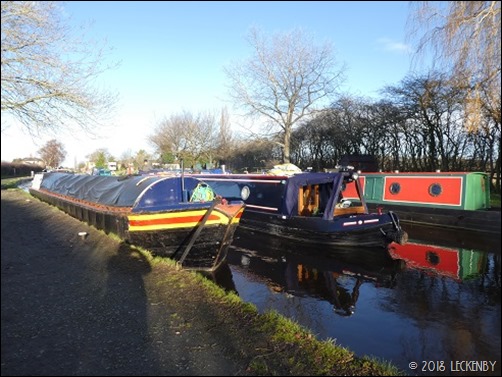 The sun shone and as the bow of Oleanna passed Butty Jellicoe all the colours sang out. As I’ve had a few sedentary days doing accounts I decided to walk. The towpath was a bit slippy slidey so Mick and Oleanna managed to keep up with me and pulled into the off side moorings just before New Mills Lift Bridge before I’d had chance to cross it. 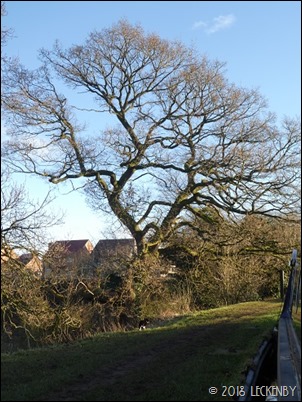 Here we have a view down across fields through twisted oak trees. The wind could do with changing direction as at the moment it is bringing all the traffic noise from the A41 with it. The noise doesn’t bother me! This outside is much better. A steep bank, plenty of friendly cover, big trees with no ivy so really good climbing. Tomorrow I’m going to see if I can spy on what they are up to on the boat from up one of the trees. But before that we’ll have a walk into Whitchurch to pick up a Saturday paper and top up with fresh veg.