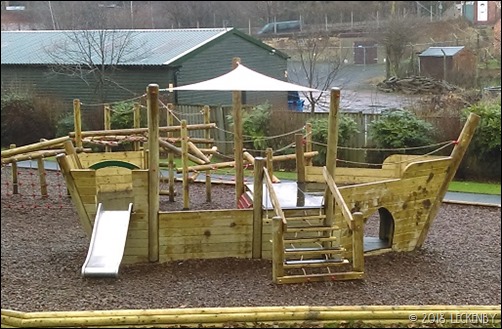 Saturday morning we headed out to top up the food supplies and get our Saturday newspaper. We walked the road into town as the pathways looked like they would be rather muddy and icy in patches. Cutting through Jubilee Park we came out near Colour Supplies, the Whitchurch version of Boyes. Somehow in the last week our dustpan has lost some of it’s rubber lip which means that it is neither use nor ornament, so we wanted a replacement. Next it was time to choose which charity shop could have some bits and bobs donated to them, this done we wandered up the High Street to find a butcher that would sell us a joint for Sunday.

By now it was snowing so we called into Sainsburys and then made our way back to Oleanna. 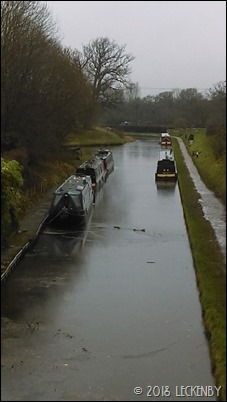 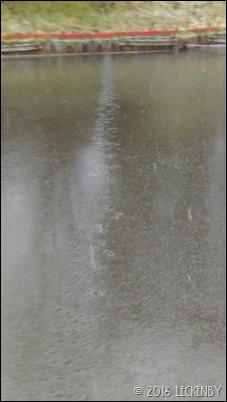 The Whitchurch arm looked a little bit icy now with a layer of snow sitting on the surface. We wondered how ducks had walked in such a straight line across the surface at the winding hole, but as I noticed a drip from above the penny dropped. Not ducks feet, but telephone lines dripping! 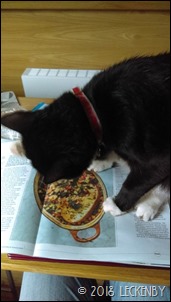 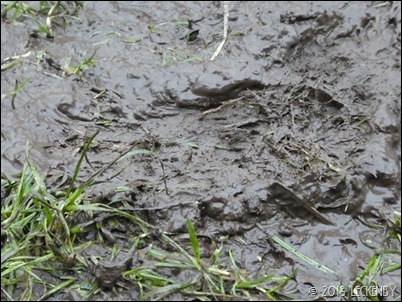 The boat that had been behind us had moved off whilst we were out, so Mick pulled us back hoping that this might improve our TV reception. It didn’t! But Tilly had a slightly different patch to explore for the rest of the day, returning with very muddy paws. We now have towels to cover the dinette and sofa on such days with the hope that they may stay reasonably clean. However a paw bath across the stern and some highly absorbent matting wouldn’t go amiss. Well it’s exciting out there and I need to run around reliving my exploration and telling them all about it. Sometimes the best place to do this is on someone’s knee or newspaper! 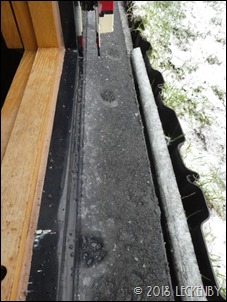 Sunday came with sleet which then turned into quite large chunks of snow. The only one to actually step off the boat today was Tilly and she wasn’t too enamoured with it, returning quite quickly on numerous occasions. I had to keep checking on the outside as you never know things might have changed. The snow turned back into sleet and then rain, making the towpath even more sticky, sloshy and slushy. We got a touch bored of opening and closing the back doors for her! 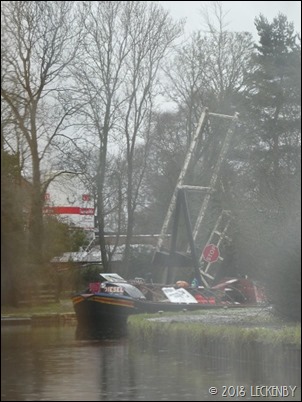 I bet Richard on NB Mountbatten was glad to be on the home straight from doing his latest coal run. 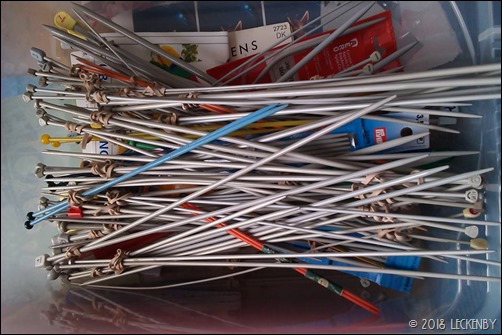 All cosy inside I set about finding a few more knitting patterns to keep my fingers busy. The pattern I decided on involves some cabling which I haven’t done for a long time. When we were downsizing our possessions I went through all the knitting needles I owned (a lot!) and put together a full set of sizes, donating the remainder to a charity shop. Sadly amongst my set there was no cable needle (a needle with a V in it to help pass stitches to the back or the front of others), but after a bit of thought and looking around on the internet I realised that I could do without, using either a stitch holder or a straight double ended needle. I also learnt a new way to cast on which gives a stretchy edge, useful for hats and socks. 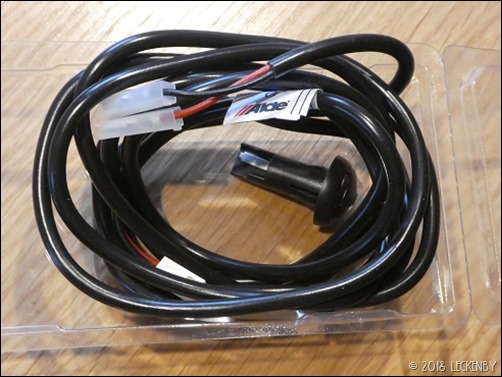 Meanwhile after Mick had finished reading the paper he decided to have a go at installing one of his Christmas presents. I’d bought him an Alde Discrete Room Temperature Sensor for our boiler. The thermostat is currently in the electrics cupboard which tends to be one of the warmest places on the boat (other than in front of the stove), so not a true representative of general temperature in the cabin. With a cable of around 1.5m his aim was to pass it from the control panel in the cupboard behind the larder drawers in the galley and out the other side.

First we had to sus out how the drawers came out, a little catch on the runners, one pushed up the other down and bingo space too work in. But would the cable get fouled by the drawer and it’s contents? Theatre Designer mind was engaged as boy looking wasn’t finding a solution. 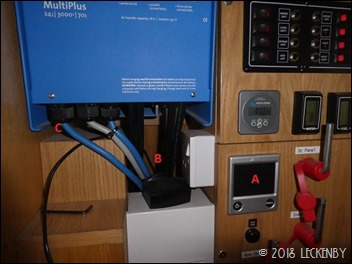 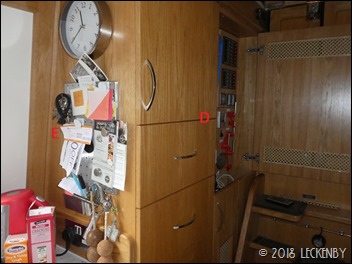 A route through avoiding the boiler flue, not totally ideal, was found. From the control panel (A) the cable needs to pass through a gap with many others (B) to just under the inverter (C), here it can pass through two layers of 18mm into the top cupboard, then straight down into the space below where the drawers are (D but towards the rear of the cupboard). From here it can run along the underside of the cupboard and come out through a hole to a discrete position in the galley (E). There is enough cable for the run, but sadly we don’t have a suitable sized drill bit to be able to do it with! So the job was put on hold for the time being, at least one drawer got a good tidy and clean out. 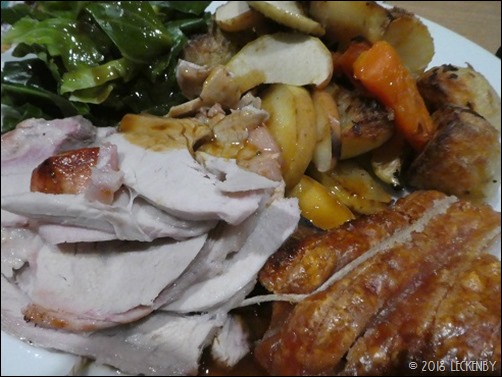 Our joint of roast Pork with all the accompaniments was just the right way to round of a truly miserable weekend, aided by a couple of glasses of wine.