The rain lashing down on the roof this morning suggested that we were going to have a very wet day, normally we’d take our time over breakfast and see if the sun came out. But today there was no choice, with a booking to go back up Frankton Locks we needed to get a move on. Canal Plan suggested it would take us three hours and by the time we’d had breakfast and pushed off it was almost 9.30am. 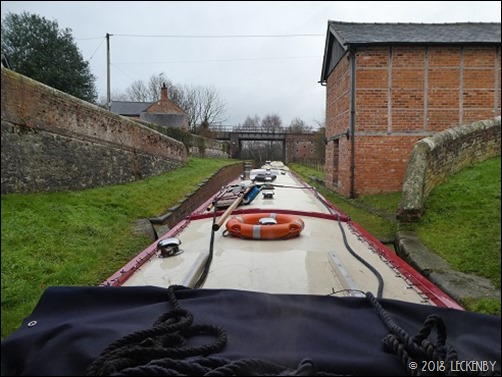 Maybe we should have moved up to the services yesterday to fill the water tank to help bring the stern up a bit. But we had passed it by the time we realised that this might help. Crawling along especially through bridge holes we made slow progress. There were a couple of trees that had blown down over the last couple of days, but thankfully nothing major and both were passable with care. Branches did impede our progress getting caught on the bow and removing them took some time. 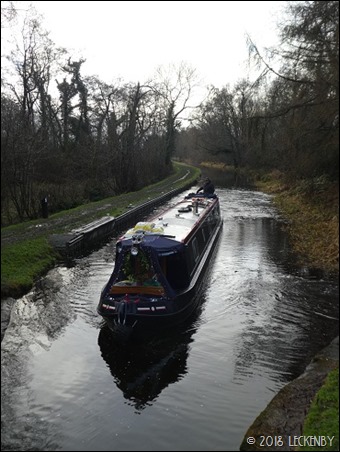 The rain dried up as we continued in our north easterly direction. Extra layers and full thermals were definitely needed today, clouds of breath were very visible. 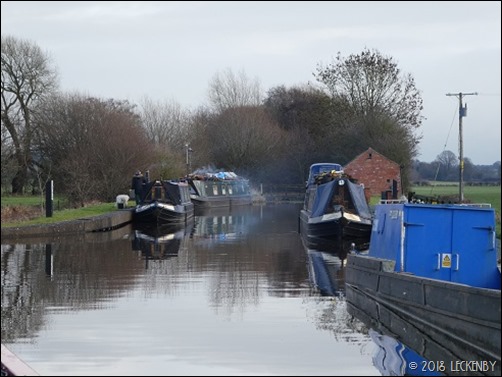 The service arm was busy, two boats that had come down and another waiting to go up along with a C&RT work boat. There would have been space for us should we have wanted to pull up but by now it just made sense to carry on up to the locks. 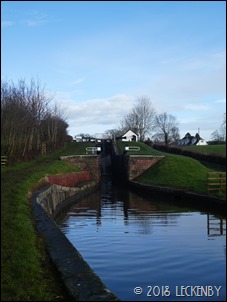 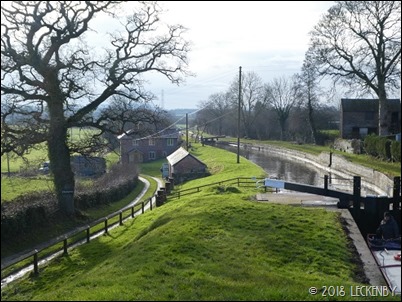 The bottom gates were sat open and waiting for us, so I hopped off and we started to make our way up towards the staircase. The next lock had a paddle up keeping it empty for us too. Despite everything waiting for us the levels were not so good especially after emptying a locks worth of water out of each one, at one point Mick grounded in the pound below the staircase. By now the sun was out and two Lockies had appeared, one came to help us the other headed down the flight to help the boat that was now following us up. 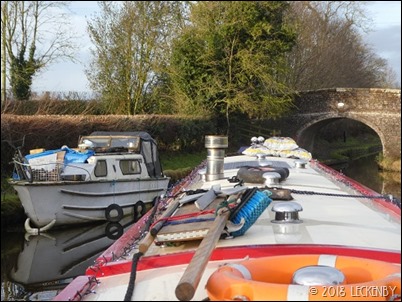 Once above we stopped to carry on working our way through the cheese mountain, nearly all gone now, the Welsh Brie is especially nice. Then we turned right waving goodbye to the Monty and wound our way back along the familiar pound to Ellesmere, pulling in at the services to fill and empty. A quick rinse down of one side of Oleanna before I had a shower and then Mick pushed us over to the other side. Inside Tilly and I wondered why Mick seemed to be insisting on mooring us on quite a list. We had ground to a halt and then Mick was trying to pull us further onto a ledge. He hadn’t noticed. Instead we pulled into the arm where there was a space waiting for us. The thought had been to stay on the main canal in case the arm froze overnight, but hopefully we’ll be okay.

It being the 5th of January we then set about taking down our decorations. This always makes me a bit grumpy and with the light now fading we were on a mission to get it done before dark. A chap came along and was obviously wanting a chat, as boaters do, living life slowly. But he’d come across us at the wrong moment snipping at cable ties and hopefully not cables. I did my best not to be rude, but in the end he wandered off to get fish and chips leaving us to finish gathering up the lights. There is this really good bridge here, I can see home from right over the far side. Just a shame woofers came along and stopped my fun! Good job the bridge has a high wall that I could jump onto to get past them. 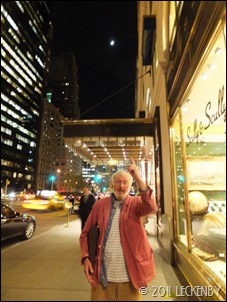 This evening we’ve heard the sad news of a dear friend of ours passing. Mick Hughes was a wonderful gentle man who was an internationally acclaimed lighting designer and ALD Fellow. For many years he worked with Harold Pinter and Alan Ayckbourn. His work in Scarborough is how we got to know him, the man who had to know everything about everything. I had the pleasure of working with him on numerous occasions and spent many an hour drinking wine in his company. He will be missed by friends, theatre practitioners and vineyards.