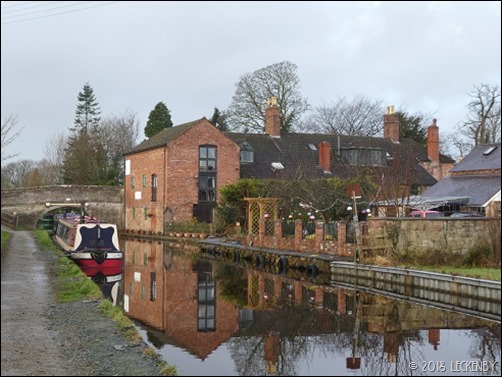 Originally we’d planned that today we would head to the limit of navigation on the Monty have a look around and then carry on back up the canal to the services on the arm at the bottom of the locks as we are booked to return up onto the Llangollen Canal tomorrow. However having checked the weather forecast last night it looked like the wind would be picking up again today, with gusts up to 45 mph this afternoon. This morning however was calm so after tea in bed we donned our padded clothes and pushed off before breakfast. We weren’t going far, just to wind and moor up for the day, which should make our cruise back to the locks around an hour shorter tomorrow. 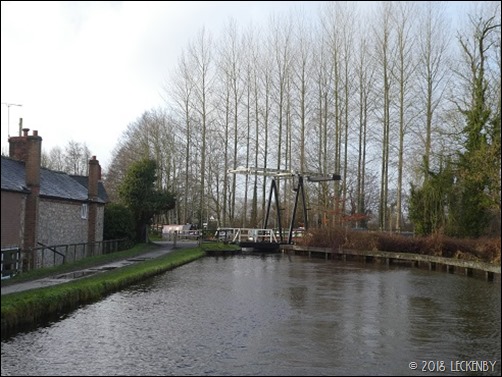 We pootled down to Crofts Mill Lift Bridge where I hopped off and wound the bridge up. The road that crosses here doesn’t appear to be a busy one and with only a short distance before we could wind I opted to stay by the lift bridge ready to lower it should anyone want to cross, if not then I wouldn’t have had to turn my windlass 100 extra times. Mick pootled on, winded  and returned before any vehicle came, marvellous. We then retraced our steps just a short distance mooring up close to Canal Central on the 48hr moorings. Here Tilly had free run for a couple of hours whilst we had breakfast and pottered about. When she returned exceedingly muddy it was our turn to venture out to explore. 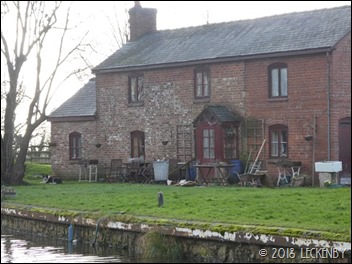 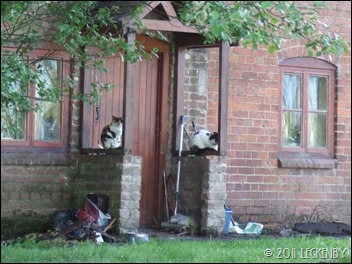 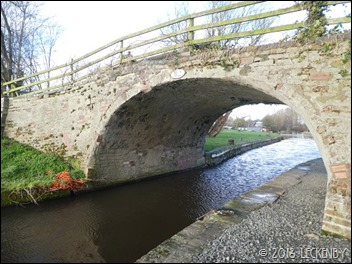 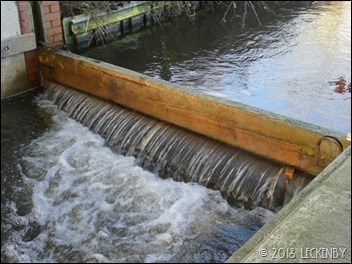 First we walked to the limit of navigation. In 2011 this was at Gronwyn Bridge 82 where stop planks cut off the navigation to all boats. Today this is still as far as powered craft can go, but the stop planks have been removed a horse drawn trip boat can now travel up to Bridge 83 where planks stop all boats. Redwith Bridge 83 looks to have been rebuilt to accommodate boats passing below, not the prettiest of bridges but with limited funds it does the job. The stop planks have a wedge under the top one to allow water into the next section which was about a foot lower.

We carried on with our walk, the canal banks steep down to a section or armco at water level. If this pound was at the current level of the navigable stretch then this armco would be below the surface. At Bridge 84 the stop planks did just that, they form a dam here. 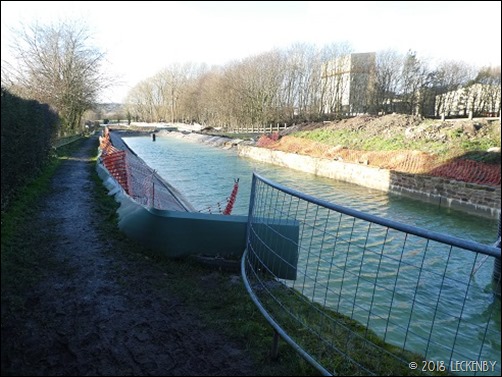 The next section of canal is currently under restoration, work started here in 2015. A thick rubber membrane covers the cut with a layer of breeze blocks ontop, two large corrugated pipes sit vertically from the bottom. Work parties usually gather every first weekend of the month to continue the work of extending the navigation, which is due to reopen to the next bridge and a winding hole by 2020.

As we walked back Mick made a comment about the lack of 50 mph gusts. We wondered if maybe we should move back up the canal, but this was only short lived as all of a sudden we were buffeted by several strong gusts. Rain was in the air too and the sun shining through gave us a full rainbow. We could see from one end to the other, a rarity. The right end was almost certainly coming from Oleanna. Then we watched the wind rushing along the surface of the canal (video link), chivvying the water along. The buffeting was getting stronger so we headed back deciding that we should have a well deserved cuppa at Canal Central, if it was open today. 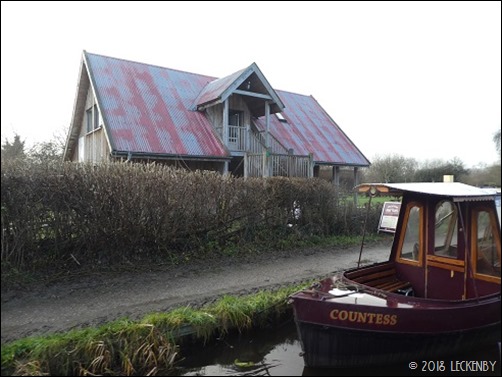 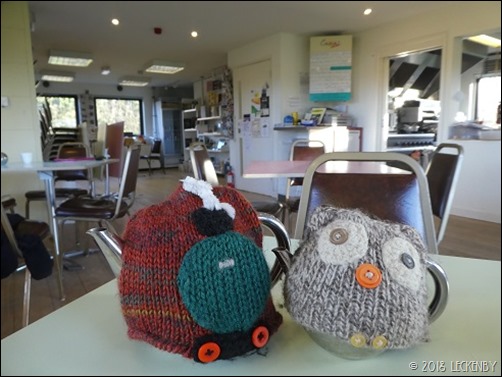 The front door was open and the couple who run it were sitting having a cuppa themselves. The thought of some homemade soup and bubble and squeak got the better of us. When I’d looked at their website yesterday I’d noticed that they have a self catering flat above the cafe, also a campsite which takes caravans as well as tents. On the canal there are moorings for about six boats. Apart from there not being a pub next door this all fits the bill for a place to hold a 50.5 Birthday weekend. The pub side of things could be worked around and the couple here seemed very accommodating saying that they preferred catering for organised parties. Two things don’t quite tick the boxes, to get here by boat in warmer weather means the very busy Llangollen Canal which is also a minimum three hour drive from Scarborough. The other is the small matter that I have passed the 50.5 mark now by just over six months! 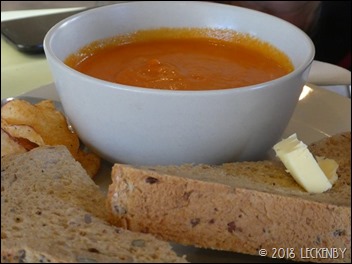 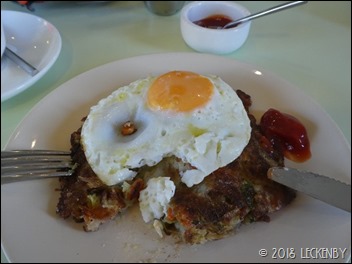 Now before Mick’s sisters all make comments about a significant birthday that their brother will be having in a few months time, I’ve tried that one, he doesn’t want a party! Don’t worry discussions are still on going about what he’d like to do.

This afternoon Tilly has been back out reducing the local rodent population whilst a chicken and spinach curry has been gently simmering on the stove top. I was having such a brilliant day even if they didn’t let me bring my friend indoors. Then I get my collar removed. Wey Hey! I think. Only to realise too late that she was going to put that horrid stuff no my neck and make my fur go spikey! It tastes super revolting. Little did she realise that this morning added to her breakfast was a worming pill, which she seems to have devoured in one go, whole! I did notice it, it was actually quite tasty. 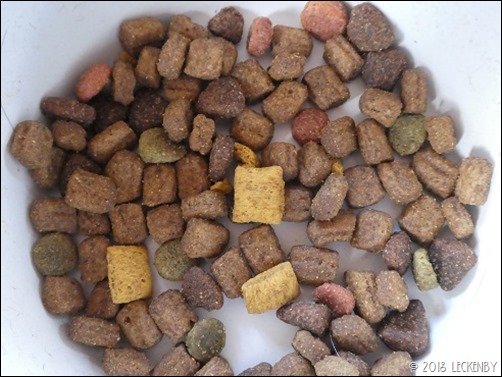 2 thoughts on “Sitting at The End Of A Rainbow. 4th January”