Expecting a rough night we were glad of our chosen mooring. Bang on 9pm and the first big gust of wind hit us. Mick was soon out checking that everything was well secured outside and that all the poppers were fastened on our covers. Moored on rings we knew we’d be going nowhere and luckily our fenders took much of the bumping out of the gusts that hit us. Only one thing that we should have done was remove the Christmas lights from the roof but by the time we’d moored up it was dark, maybe we should have done it in a lock when we could reach both sides of the boat. But fortunately they were still in tact this morning, just hanging down one side of the cabin.

I suspect the gusts continued through the night but all the fresh air we’ve had over the last couple of days had knocked us both out, so surprisingly we both managed to get some sleep. No need for an alarm clock this morning and we enjoyed our first cuppa in bed of the year with Saturdays newspapers. Once up Mick checked outside and all was well, we hadn’t been transported to the Land of Oz, we were still in Maesbury Marsh which was just as well as we were expecting visitors.

Delays on the A5 held our visitors up which was just as well as we’d just discovered that the handy pub across the way The Navigation Inn was closed for the next couple of weeks! Then Canal Central’s tea rooms were about to close for the day as the owner wasn’t very well. But The Queen’s Head was open and doing food all day, so we could have lunch that didn’t just consist of cheese again. 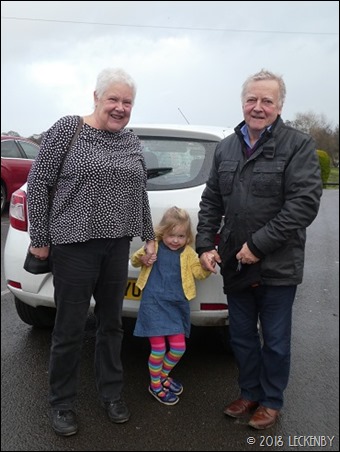 Bridget, Storm are our first visitors of the New Year and it was very good to see them both and get to meet Summer their granddaughter who we’d heard so much about whilst we were on the Lancaster Canal with NB Blackbird in August. Summer did her best to make friends with Tilly, but I prefer my friends to be furry or feathery and generally fit in my mouth. The two of them behaved very well with each other even if Tilly did end up finding a good hiding place very much under pillows in the end. Meanwhile there was plenty of news to catch up on. Works on Bridget and Storms house near Beverley were just about complete before Christmas and all three of us have an invite to visit.

The food at the Queen’s Head took a while to arrive, but at least their advertised gluten free burger did exist and was very tasty along with a local pint of beer. After a very chatty lunch and ride back to Oleanna it was time for them to head back to Wrexham. A lovely way to spend a very blustery day, in fact they saved me from doing my tax return! 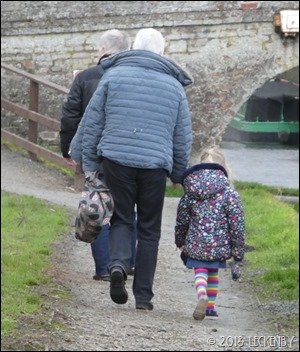 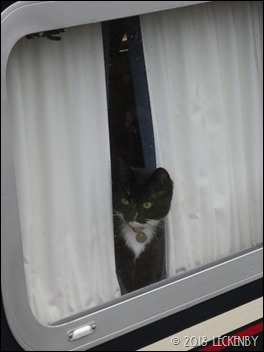 Now that the towpath was clear I had a couple of hours outside. They had changed it to somewhere new, it needs exploring, hope we’ll be here for a while. 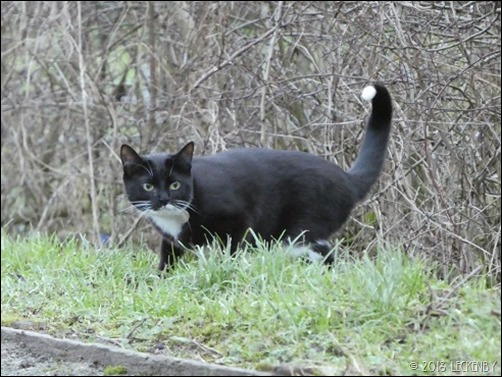