Another alarm clock start without tea in bed, but today we did remember to give Tilly her breakfast. At 9.15 we pulled out at the junction and pulled up onto the services. Water topped up, yellow water tank emptied and rubbish disposed of we pushed off again in no time. Ahead of us the first C&RT boat had pulled away full of railings for the work at New Marston Locks, we wondered if we’d catch them up, but there was no sign of them as we made our way back to Frankton Junction.

At times the going was slow, fighting the flow and the shallow bridge holes. But we’d given ourselves plenty of time for the journey which took fifteen minutes longer than it did yesterday going in the opposite direction. 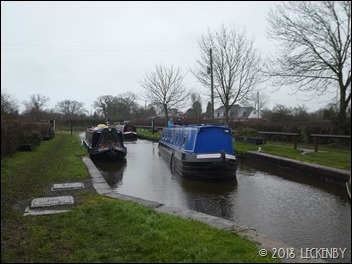 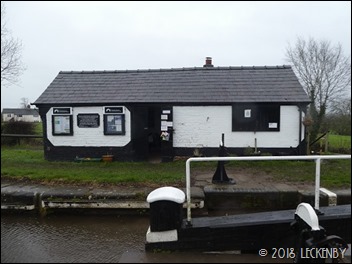 We arrived at Frankton Junction at 11.15am and pulled in, a hire boat was already waiting to go down. The locks that take you down onto the Monty have to be pre-booked and we’d half expected to be the only boat today. The two hour slot for passage starts at midday, but the Lockie was already there with his dog Alfie. He set the top lock and walked down to chat to boats waiting to come up. 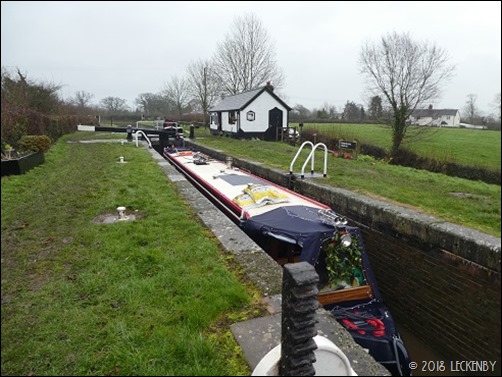 The top two chambers make up a staircase, so once full the hire boat came in and we started to lock them down. By now Chris the Lockie had returned and decided to let a bit more water down. This flight is manned to help maintain water levels and keep things in order for the staircase. By the time it was our turn the levels had sorted themselves and boats were appearing from below and another boat was waiting behind us to come down. Far busier than expected. 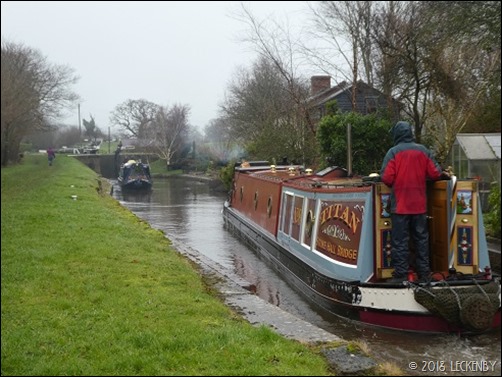 We swapped locks with two boats on our way down and closed the last lock behind us. I hope the weather dries up before we return as when we last did this flight in 2011 I got very soaked in a thunder storm, today we were quite damp around the edges from the constant drizzle.

A short distance on and we pulled into the Western Branch where there are moorings and services. We’ll aim to moor here the night before we’re booked to go back up the locks as it is far more cat friendly than at the bottom of the locks. A break to warm up, dry off and have some of the Christmas cheese mountain for lunch before we carried on our way. Another boat arrived who’d come down the locks today. Both of us had a similar goal, to keep going until it either rained properly or got dark. 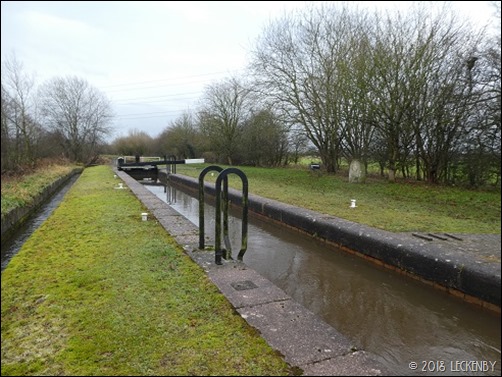 Another pootle onwards and we came to Graham Palmer Lock. This is a modern concrete lock which drops the canal by 21 inches. Traffic stopped on the canal in 1936 after a major breach at Frankton closed the navigation. It became a ‘remainder waterway’ and fell into disrepair until some thirty years later hundreds of volunteers started to clear the canal at Welshpool, official support followed with an Act of Parliament in 1987 to protect the canals route. Now much of the canal is reopened, but only a 7 mile stretch at this end. When restoration work was being carried out it was necessary to drop the level of the first long pound as the area had suffered from subsidence, hence the need for a  new lock, which was named after Graham Palmer the founder of the Waterways Recovery Group. 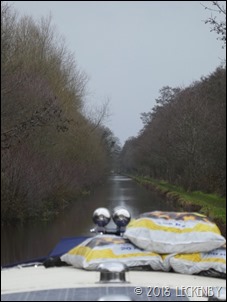 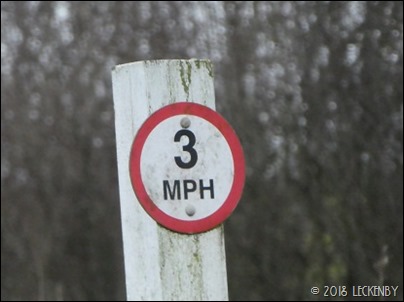 Having cruised here before we were aware that there are few places to moor. Much of the banks are reedy and overgrown making impromptu stops next to impossible. So we had decided to head as far as we could today where we knew we’d be able to pull up, strong winds are forecast for tomorrow, so we are unlikely to move. 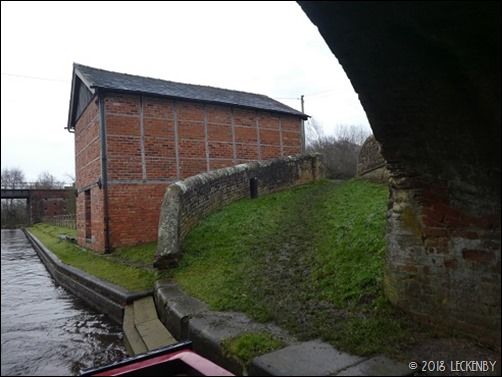 The busy A5 crosses the canal at Queen’s Head where there is a pub and moorings, not ideal for Tilly or us. So we carried on to Aston Locks a short distance on. Each one was set against us, but this was only to be expected as we’d seen no boats since we’d done the locks. 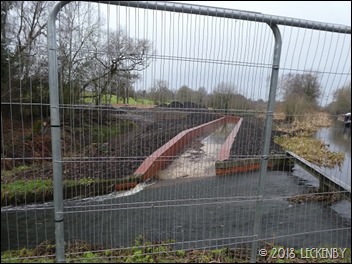 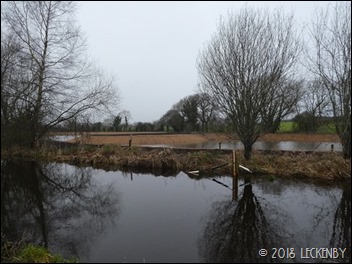 Around Locks 2 and 3 there is a lot of ground work going on on the off side. Shallow brick water courses cross from the canal to what resembles the construction of a marina. Further on there are more pools which are similar. However a sign said that they are part of Aston Reserves Habitat Creation Scheme. In July this year funding was given for a three hectare wildlife habitat where rare plants and animals can take refuge and thrive. Along with this a further 1.25 miles stretch of canal will be restored due for completion in 2020. Brilliant news, it will certainly encourage us to return. 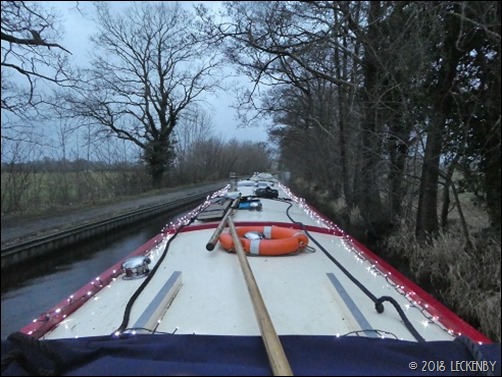 By now it was getting dark and the rain was getting heavier. Despite our Christmas lights looking more and more pretty as we cruised we really wanted to stop. So a mile further on when our lights started to compete with The Navigation pub we decided to call it a day. We stayed as far away from the road as we could, but pulled along away from any trees. If beyond the bridge looks better for Tilly in the morning and the wind allows we’ll move up, if not here will do us to sit out the storm, well there is a handy pub! 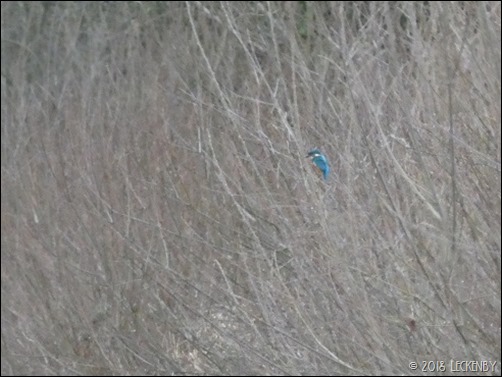