Whitehouse Bridge to Ellesmere Arm
After a late night last night with an extra glass of wine to normal we were rudely awoken by the alarm clock this morning. We needed to cover some miles today so no languishing in bed with a cuppa, instead we had breakfast, clicked Start on the trip computer and pushed off a bit after 9am. Tilly looked bemused at us. 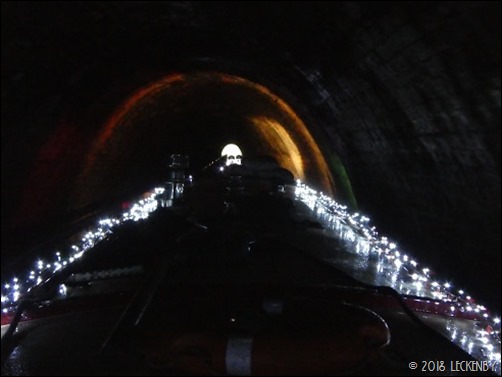 First we had Whitehouse Tunnel to pass through followed by Chirk Tunnel a mile further on. With our Christmas lights on the tunnels had a different atmosphere and going with the flow made it so much easier. Just as our bow had entered Chirk Tunnel we could just make out something in the water at the far end. This turned out to be a canoeist, he waited for us to come through before turning on a head torch and paddling his way through behind us. 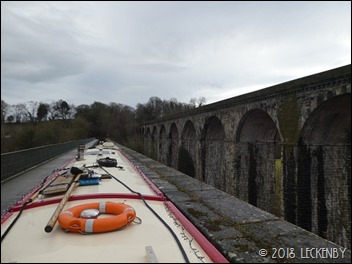 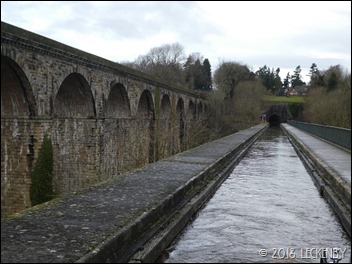 Across THAT aqueduct, this direction is so much quicker thank goodness and we were across before I started to feel too nauseous. From here on we rediscovered what was around us. We’d come this way about three weeks ago when the whole world was covered in a foot of snow. Today everywhere was so green and the moody skies with low sunlight heightened the colours as we pootled along. 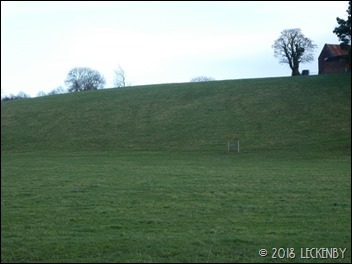 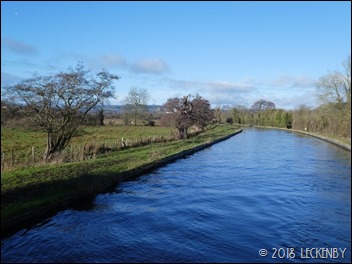 Two Canal Time Hire Boats were moored up on the pontoons at Lion Quays. We wondered if the hire company would be using this as a base for the next month due to the locks being closed, but then there are no facilities here. We soon had a boat in front of us heading for New Marton Locks. It was a boat that had been at Llangollen with us over Christmas but left a few days ago. He pulled in for water which meant we were first down.
The top lock only had one ground paddle working, but the top gates leaked so much it was almost full, just needed topping up. As Oleanna lowered  in the lock we realised that it is quite sometime since we’ve gone down a narrow lock without a bridge to cross over. Normally at such locks Mick has the boat hook handy so as Oleanna clears the bottom gates he pushes one gate closed for me, saving an extra walk around. But today I got extra exercise! 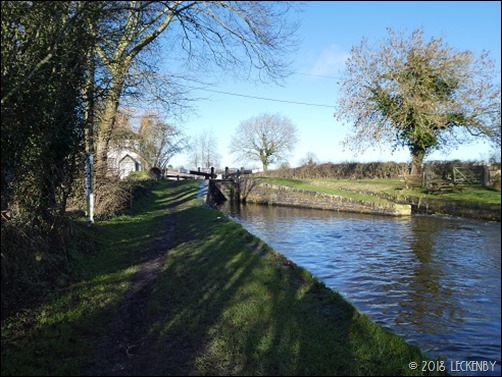 By the time we’d spotted a boat coming towards us I’d already closed the gates and was on my way along the very muddy towpath. Really wish I’d put my boots on this morning, in the snow it had been so much easier. The bottom lock wouldn’t let me open the top gate fully. After a few attempts at swinging it back and forth to try to clear the obstruction, I signalled to Mick to stop, but by now he was right alongside the wide weir and had to get to the lock before getting stuck. Luckily there was enough room to get past the gate and into the lock. Another boat pulled up below meaning that the boat hook was now redundant. We were now through the first of the stoppages on the canal. We now have a week before the next one will affect us on the far side of Ellesmere. 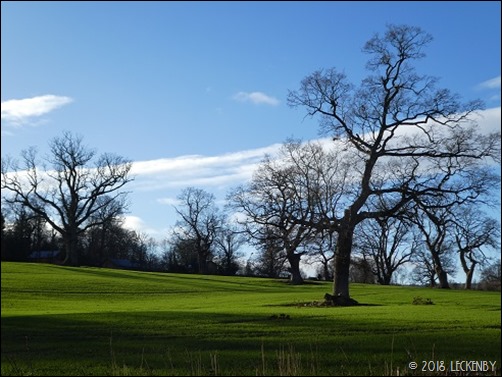 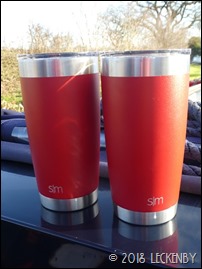 The sun was out for much of our cruise today, but every now and then the dark grey clouds would do their best to deposit their contents on us. By now we needed a hot drink, so time to try out a present from Father Christmas, new insulated mugs. They certainly did their job at keeping our drinks hot. In fact we both had to remove lids to cool the contents so that we could drink them, but with the lids back on they retained their temperature very well. A good purchase.
Approaching Frankton Junction we could feel Oleanna rocking back and forth a little. She then reared up over something submerged below the surface in the centre of the channel. Engine into neutral and we glided onwards looking behind to see if we could see what the problem had been, but it remained elusive, just the pattern on the water giving away it’s location. Tomorrow we will return to the junction to go down onto the Montgomery, but today we continued on to Ellesmere. 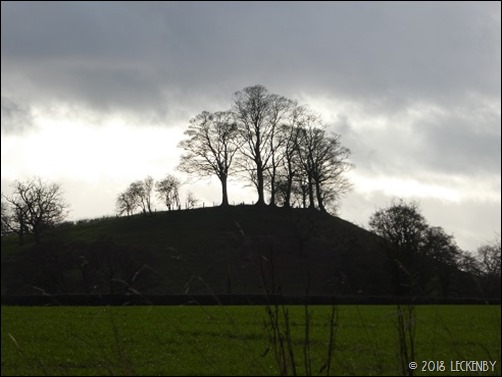 The hill where a group had been sledging three weeks ago, sat high in the sunshine all green with the black skeletal trees watching over us as we meandered round it. After an hour familiar sights started to appear as we got closer to our days destination. The C&RT yard was full of equipment and fencing, work boats were filled ready to go out to the locks tomorrow. Our friend is still sleeping rough at the service block, he seems to have acquired some duvets to add to his bedding mountain. 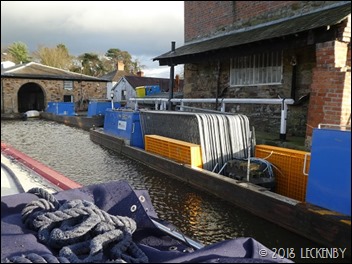 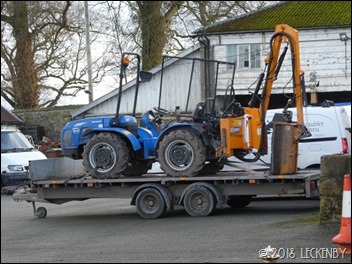 We turned left into the arm and headed to the end where we winded returning to part way and mooring by the trees for Tilly. A lunch of Christmas treat cheese whilst Tilly busied herself outside avoiding the local hounds. After a snoozy morning it was a bit of a shock to be chased for some distance, but the woofer soon gave up, so I returned to catch my breath inside. A stock up shop from Tescos done and stowed we then wondered if we should move. The wind gusts were really quite strong and we are near two big trees, not the best place. But after much thought we decided to stay put, there was a chance that whist pulling Oleanna along the wind would get the better of us, Oleanna ending up on a different side of the canal to us.
I’ve heard of New Years Resolutions, I really hope that they haven’t decided to include me in them! I’m small for my age and need all the food I can get, so was quite shocked when no breakfast appeared this morning. A change of routine is all it was. I’d like to point out that she hadn’t actually finished everything when we noticed our mistake. That was because I was rationing myself in case there was going to be no more food ….. ever!!