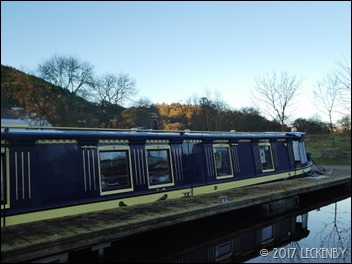 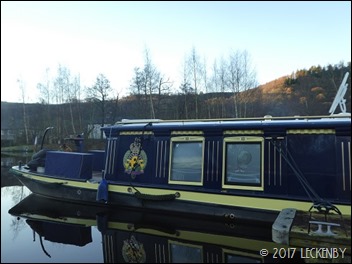 The sunrises here are rather wonderful, as the sun starts to rise above the hilltops it casts an increasing golden glow across the western hills. A wonderful sight to wake up to. 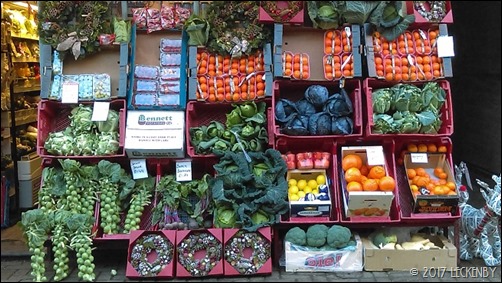 We knew that some shops would be open tomorrow, but the really important one wouldn’t be. We also had to make sure we got our Saturday paper for the TV guide.So after our cuppa in bed we headed into town to finish our food shopping. The shops we wanted were all close together and busy. First Dee Valley Green Grocers. A small shop that had taken over much of the pavement and a couple of parking spaces opposite and orders lay in boxes waiting to be collected up the street. Certainly a popular shop, one lady was disappointed that they had no fennel, but that was the only thing missing that we could spot. That was our first heavy bag on the bike. 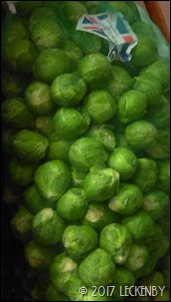 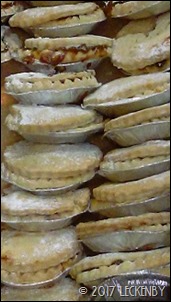 Next Porters Deli. Some gluten free oatcakes and then which cheeses? I ended up going for two favourites, Cornish Yarg, Mature Wensleydale and then an unknown Mature Caerphilly. Thinking about it I should have got some Shropshire Blue too, but we can’t let the cholesterol levels get too high.

Mick popped into the bakers whilst I stood in line at Gwyn Davies, the butchers. The counter was heaving with meaty goods. I had my list and was going to stick to it, just the choices of smoked bacon or not and which sausages to get. I wonder if they bring the retired butchers in for such days with their knowledge and patter. Most customers were known and when my duck was brought from the back it was accompanied by two more for those spotted waiting in line. Once the butcher had my name he made sure he used it, ‘Is that duck okay for you Mrs Leckenby?’ ‘That’s a nice piece of gammon Mrs Leckenby’, ‘Just four rashers of smoked Mrs Leckenby’, ‘They wouldn’t be a secret recipe if I told you what was in them Mrs Leckenby’. My Mum, the Mrs Leckenby would have loved him, this Miss Leckenby did too. Another heavy bag to add to the bike and we were done and back at Oleanna for a late breakfast an hour after we’d left. 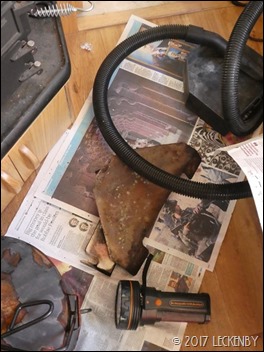 Mick set about getting sooty and swept the chimney for the first time. Taking the baffle out of a Bubble stove is far far easier than on a Squirrel. The hole stove got a good hoover out before he laid a fire for this evening. I set about rationalising the kitchen. We are both as bad as each other, things don’t always get put away and the worktops were getting quite cluttered. So things went back into cupboards and plenty of space was made for all the cooking that will be happening in the next couple of days. I even decided to reclaim the cupboard that was the Finesse cupboard, most things found new homes and some bits went in the bin, hope we don’t end up needing them!

Next I set too sorting out the dinette bed. When Oleanna was built we asked for this to be able to turn into a small double, which it does very easily. Only thing is that one section of the back support was fixed, leaving one end of the bed six inches narrower than the other, very awkward to get a sheet around if nothing else. I’d had a look at it a few weeks ago and bought a piece of foam to plug the gap. 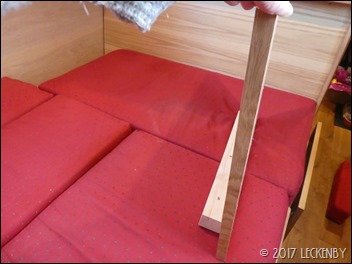 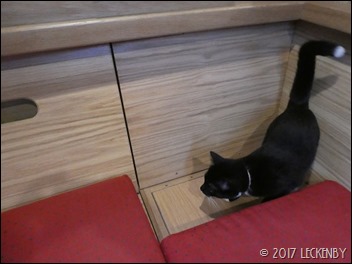 The back support was fixed in with two screws at the top, then a couple more at the bottom which went into a piece of 2×2 which was in turn fixed to the base. I’d originally thought we’d need to add a spacer behind the support to hold it in the right place. But because it was cut to fit at an angle all it needed was to be rescrewed to the 2×2, which was now loose, this all fits back where it came from and stays put without being screwed into position. 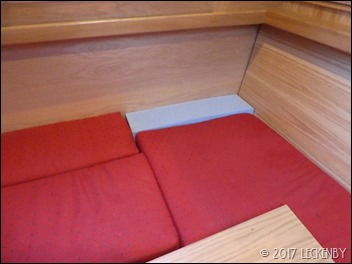 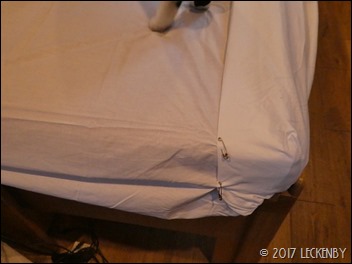 Next I cut a six inch piece of foam to fit the gap, using my trusty 33 year old bread knife. It is slightly raggerdy edged, but this is liveable with. It fits the gap nicely and who knows I may even cover it someday to match the dinette cushions. Next I fitted a fitted sheet onto the cushions and pinned where a new seam was needed. With the dinette back in sitting order and my sewing machine out from the depths I then ran a line of stitches on the sheet to hold it into it’s new slightly narrower size. We can now have guests to stay. Good job as we’ve got some next week! 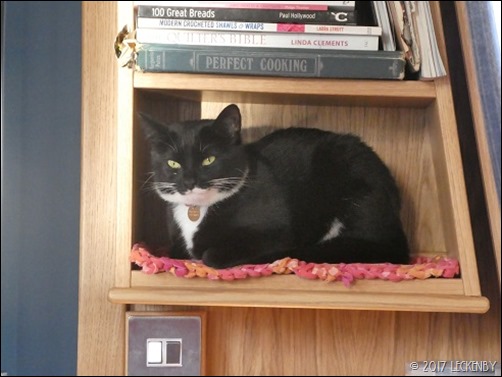 Tomorrow there is lots of precooking to do for the big day, including Christmas sausage rolls, Christmas biscuits and my birthday cake needs baking. We half expect to see our friend Frank turning up as he used to in Scarborough, timing his arrival just as things were coming out of the oven!

2 thoughts on “If You Put It On Stage They’d Never Believe You. 23rd December”