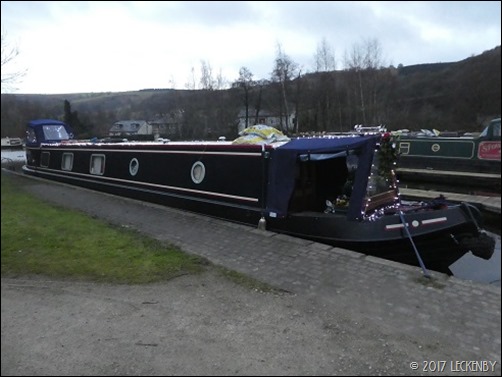 With the tracking number sent from Australia, I only had to read out four digits before Paul pushed the parcel through the enquiry office window for me. He apologised again about not letting me have it yesterday, but I was grateful that he wouldn’t be giving away my Christmas and more importantly Birthday present to any Tom, Dick or Henrietta. This is the first office I’ve visited at this time of year where there hasn’t been a long queue waiting to pick up parcels, not one other person on three occasions, it’s felt like our own personal parcel service.

A check next door at Stans for anything else, one small packet today, the bumper parcel from my brother hadn’t arrived yet.

I took the opportunity of not having Mick with me to have a wander around the tourist tat shops, but that was exactly what they were. Not one thing either useful or beautiful in there worth buying, though that wasn’t stopping other people. 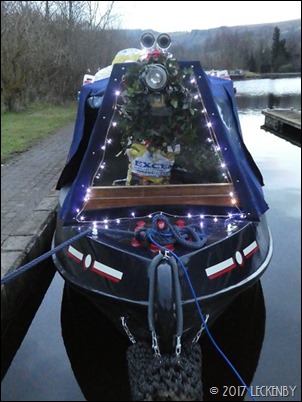 Back at Oleanna I had a forage for greenery. Around the bin store was some very suitable ivy, long trailing bits and then a holly tree had new growth with few spiky bits. Our garden shears did the chopping and I came back to the boat with a couple of bags full to make a wreath. Watkins and Williams had sold me some waterproof cloth tape which I used  to bind the lengths together to get a good base. Then I joined these round into a circle and added more pieces to fill it out. Most shop bought wreaths would have looked a bit small on our cratch, mine is about 2ft diameter and a bit flamboyant, but what would you expect from a Theatre Designer. Many hours of my professional life have been spent fixing fake ivy onto scenery, so it’s nice to be able to use the real thing and it have cost just about nothing. 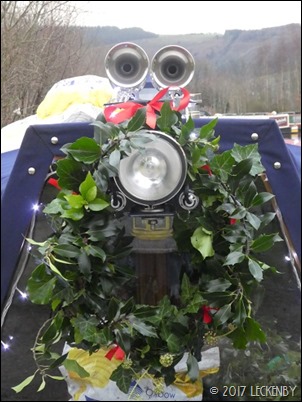 A message this evening came through from Richard on NB Mountbatten (the coal boat). Mick had let him know that we wouldn’t be able to make it out to Trevor today and nobody else had made the journey, preferring to keep their space and get coal delivered  from town. Richard said he would come to the basin by van should anybody want anything. If we’d known he’d be doing this we’d have waited to get coal from him, we have however ordered some diesel to top up our tank. Come the new year he will mostly be doing deliveries by van around the stoppages, so we shall have to be around certain places to be able to meet up with him. 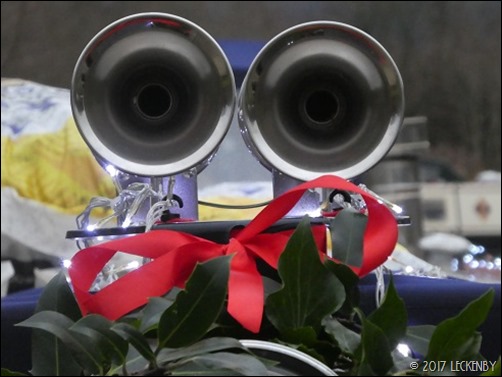 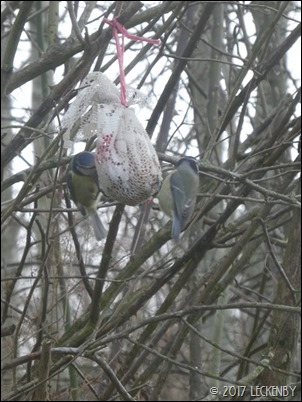