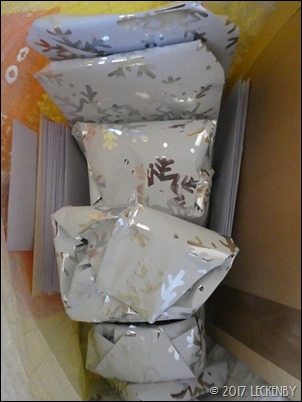 Once all the siblings presents were wrapped up, the Christmas cards addressed, Mick walked up to the Post Office to send everything on it’s way. Despite needing to return to Ellesmere for a Post Restante parcel we decided to move further on to find a suitable spot for Tilly to be able to go out. 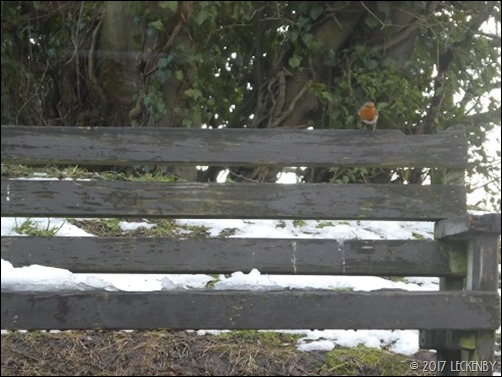 Much of the snow has now melted or been washed away by rain overnight just leaving ice where the snow had been compacted. Tilly was eager to get out and sort out whatever it was moving under the ice by the boat and the cheeky Robin sat on the bench taunting her. If we stayed put there wouldn’t be much left of the curtains so after lunch we prepared to push off. 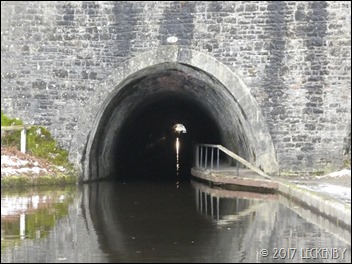 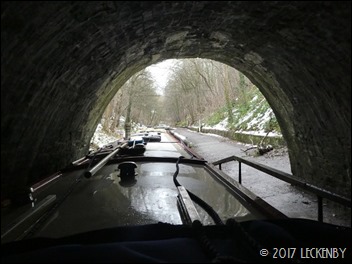 Of course just as we were ready to untie a light appeared at the far end of the tunnel. Luckily the boat was coming with the flow of water so didn’t take too long to clear and allow us through. Our progress however was very slow. First entering the tunnel the stern gets pulled across to port, this obviously happens to most people evident by the markings on the tunnel entrance. Then Oleanna had to fight her way through against the flow of water. This means you almost crab through, maybe I should have waited to touch up the gunnels! Slowing right down didn’t work and speeding up did nothing either, so we just steadily worked our way at snails pace through the long tunnel. 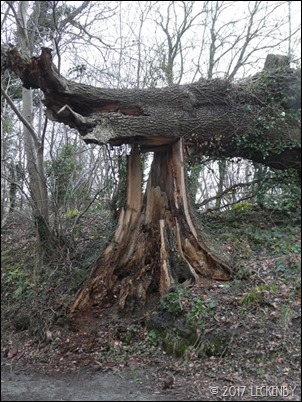 We made our way through the wooded cutting. Here had been an option to moor a couple of days ago. It would have been better for Tilly, but the amount of trees that had given up the fight against gravity over time was high, so we were glad we’d stayed put by the aqueduct. One particular tree sat on top of it’s stump in quite a dramatic way, it had luckily fallen away from the canal as it would have taken quite a bit of clearing.

On past Chirk Marina and through Whitehouse Tunnel where the progress was slow again. Then we started to look for a suitable mooring. We wanted to be close to the tunnel for access to buses, but ended up going about a half mile further before a mooring showed itself. The view across the valley with the sun low in the sky lighting up the viaduct was spectacular, sadly I didn’t manage to take a photo as the trees are too many. 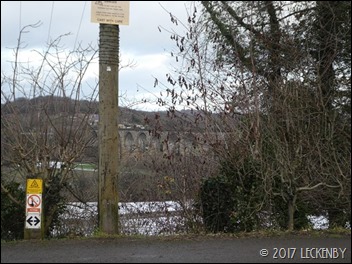 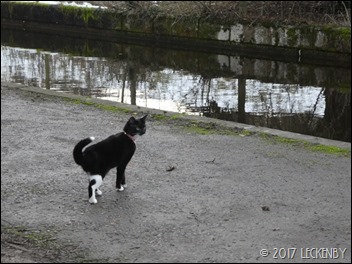 We moored up and the doors were opened. For the first time in almost a week Tilly was happy to be outside. Our mooring had no snow by it, just huge ponies and pesky woofers to spoil my fun! Shortly after we moored up the heavens opened, more rain to carry on washing away the snow.