Decision time. Two locks to do before Christmas, a possible 4 to 8 more inches of snow forecast tomorrow, minus temperatures overnight for a few days, do we stay put or move up the locks? Here we were near water and shops. Ahead there is water, two locks and four hours cruise to get us near to Chirk. We decided to move up onto the summit pound whilst the sun was shining and before more snow arrives. 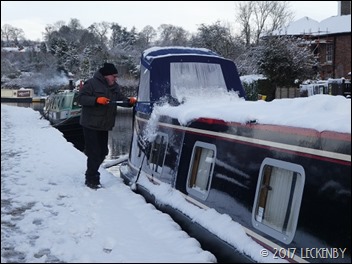 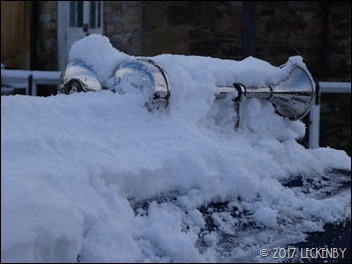 Sadly a parcel I was expecting hadn’t arrived at the Post Office, so a means of getting back next week will need to be found. A top up shop at Tescos was desirable before heading off into the almost unknown. On our way back to Oleanna we met Mr Homeless. He knew who we were and greeted us with a two toothed smile. He is obviously very cold even with six sleeping bags. We gave him enough money to get himself the biggest cooked breakfast that the cafe in town could cook. Wonder if he’ll still be here in the New Year?

We pushed over to top up the water, two out of the four taps were working, and then pushed off heading westwards. 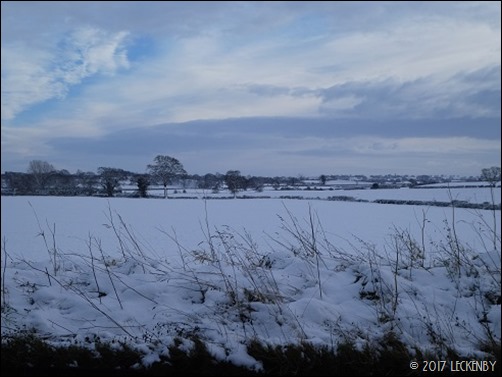 A stunningly beautiful day. Yesterdays snow was gradually melting from the trees but there was more than enough snow everywhere! 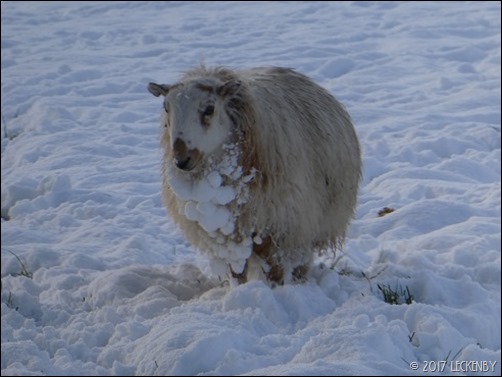 Sheep and cattle were having to nuzzle away the snow to get at the grass below. The sheep gathering snow in their fleece as they went. 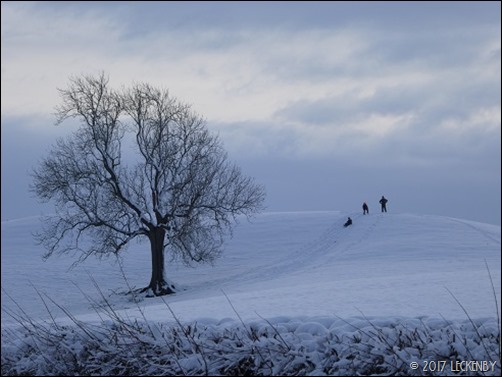 A group had found a good hill on which to sledge, even if a tree did occasionally get in the way. 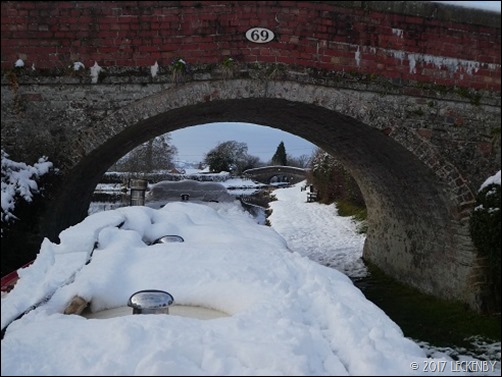 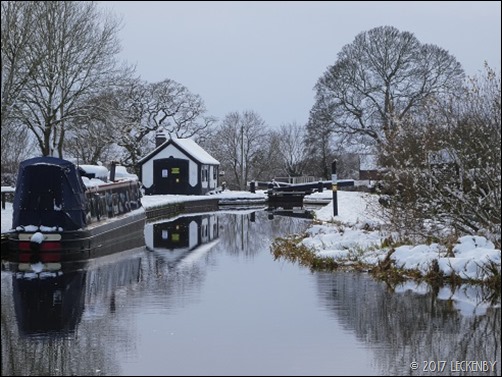 After three or so miles we came to Frankton Junction where the Montgomery heads off down locks. All year round you have to book to go down these locks and we’d been hoping to spend a bit of time down there before Christmas, but not now. Hopefully we’ll have enough time on our way back as it is lovely down there. 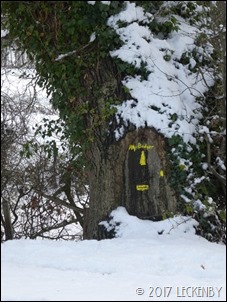 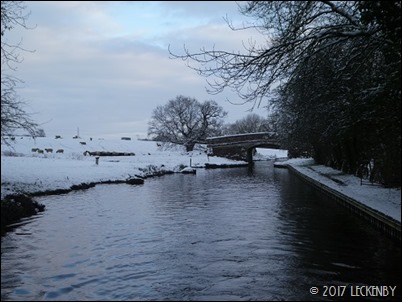 On we pootled through Narnia. So so beautiful but bloomin chilly! We had a warming cuppa and a sandwich each as we cruised. The going was especially slow at bridge holes. Last week the coal boat got stuck at one of them, having to off load a few tonnes of coal to reduce their draught to get through. 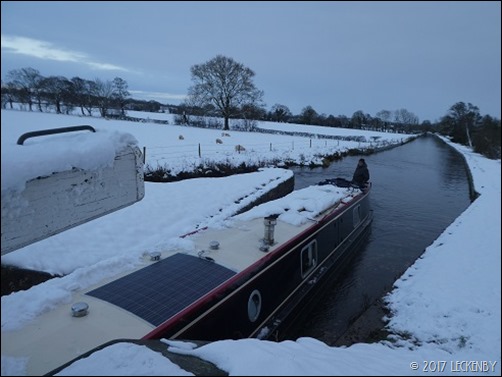 It was after 3pm when we reached New Marton bottom lock. The advantage of doing the locks today was that the snow was either still fresh or was melting, but most importantly it hadn’t frozen yet. No kicking gates open today, I walked round carefully. I crossed over one bottom gate, but the top lock doesn’t have a full handrail so I walked all the way round using the top gate. Maybe I was being overly cautious but with my reduced grip and the pain of a fractured ankle still fresh in my mind I’d rather take my time and be safe. 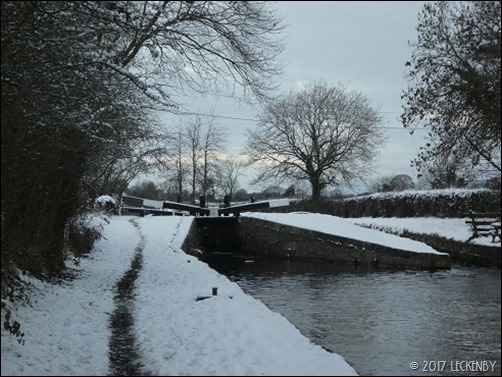 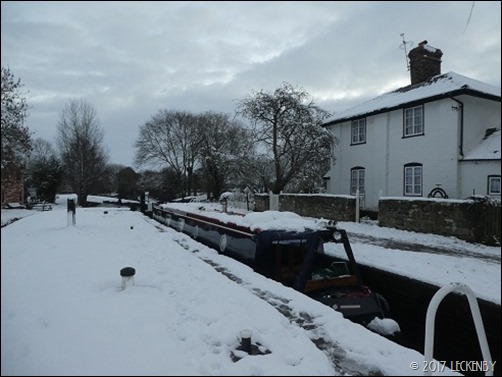 This brought back memories of when we moved NB Winding Down south from Sandbach. We woke one morning to about six inches of snow, had to sweep a lift bridge to be able to open it and then worked our way down the Lapworth flight. At least today was only two locks, the last two for this year.

It was now starting to get dark so we pootled on to the first 48hour mooring where we tied up. They say they moved the outside, but it just looks the same, all white! Snow was cleared off the roof before more arrives overnight. Maybe we should have done this before setting off today reducing our weight and making us not so top heavy. We then retired indoors to thaw out our fingers and toes and bake a restorative mackerel bake, our new favourite comfort food. 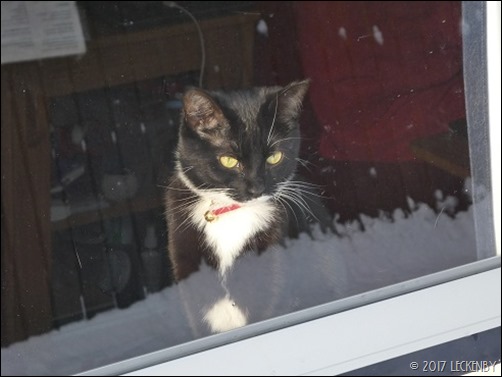