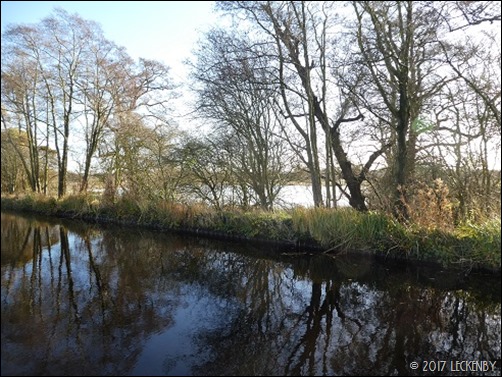 With no rush to get anywhere and the sun out Tilly was allowed a morning of shore leave. When she came back would determine what we did for the rest of the day. This is a little bit risky as around about a year ago at Poynton, on the Macc, she went out first thing and didn’t return home until it was very dark, there had been no sign of her all day. But Mick has re-done the calculations for how much cruising we need to do a day and it has reduced from 40 to 30mins. So it wouldn’t be that hard to catch up a day or two if we needed to. 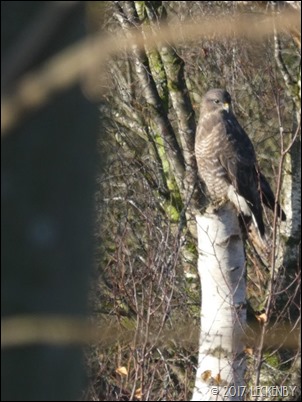 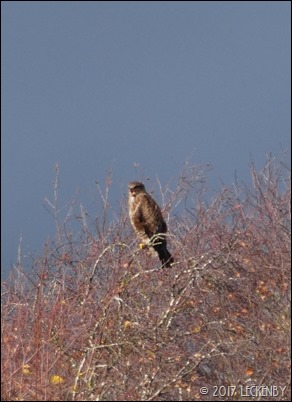 Mid morning Mick spotted a couple of what looked like large birds of prey. They sat high on sawn off trees, surveying all around them. What were they? Exactly how big were they? Were they partial to black and white cats? We think they were Buzzards. No sign of Tilly. Were they resting letting a big feast settle? 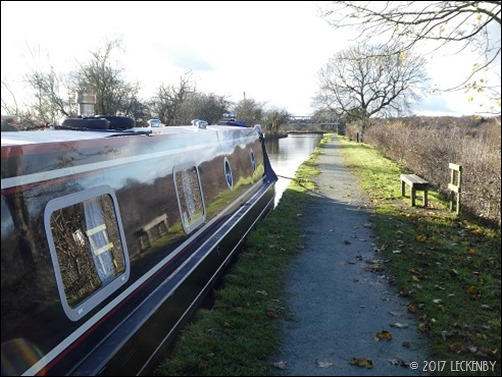 After an hour or so, we were wanting to make a move, but we were still without our second mate. Mad cat lady was needed and now that the boat ahead of us had pulled away I was happy to walk up and down the towpath shouting and meowing. The Buzzards had moved, one was sat high in a tree squawking in reply to my shouts. After some time I heard Tilly’s bell which was followed with ‘I’m here’ Meows. It took Tilly quite a while to make her way back across a stream and the sheep field. Towels were quickly deployed, why did I get white ones! 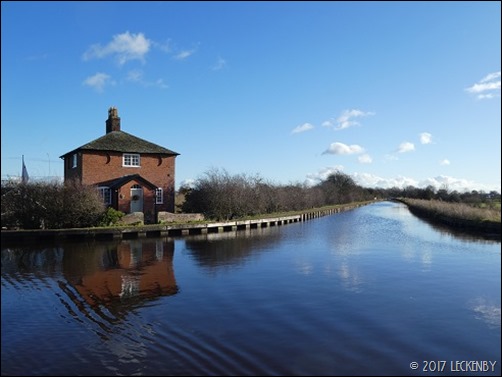 We pushed off and decided that we’d head straight on instead of heading down the Prees Branch, we’d come back and explore down there later, along with having a walk on the mosses. The square house at the junction stood proud showing off it’s Christmas Wreath to all boats that pass. Just round the bend a chap was hanging out his washing, if the sun didn’t dry it it would freeze, just hope he doesn’t snap it taking it off his whirligig tonight. 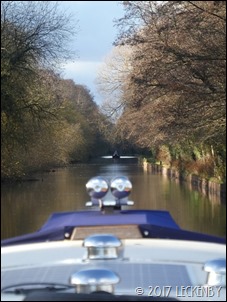 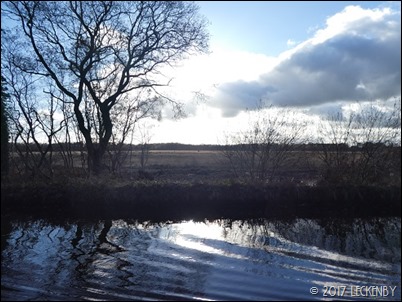 A long straight lay ahead of us and in the distance we could see a boat coming towards us. We were in England, they were in Wales, soon we’d swap countries. The border isn’t obvious, no customs or flag, but we think a walkway onto the mosses possibly marks it. The canal sits slightly raised and the land spreads out either side almost like an African plain, no elephants out there, today. 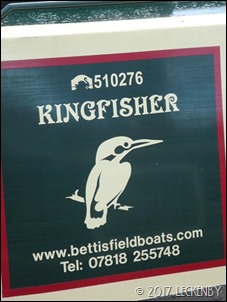 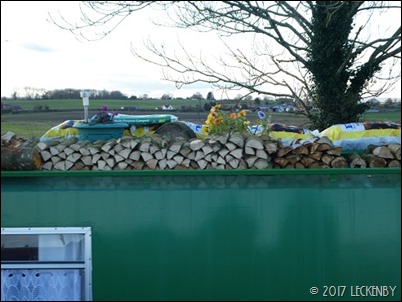 At Bettisfield we pulled in for water by the bridge. This water point isn’t marked in our Nicholsons, but was in Pearsons. We are now into the time of year when you never pass a water point without topping up. Oleanna is looking decidedly muddy, which can’t be helped with the towpaths as they are. A good wash is what she needs, but only the stern counter got a good scrub today. This of course became muddy as soon as we both stepped back on board, oh well, at least I know it was clean for five minutes.
We pootled along a bit further now looking for somewhere to pull in. The embankment twists it’s way out of Bettisfield and has great views across the fields. A couple of other boats had already grabbed the best spot and one chap was busy with his chain saw, so we pulled in further along. The last half mile or so had been slow going, the bottom was getting close to the top of the canal. Here the bottom was too close and we couldn’t get close enough into the side, so we carried on round the next bend, back into England before pulling in more successfully.
Oleanna’s prop hadn’t sounded too happy, but nothing was found round it, it just must be shallow here. 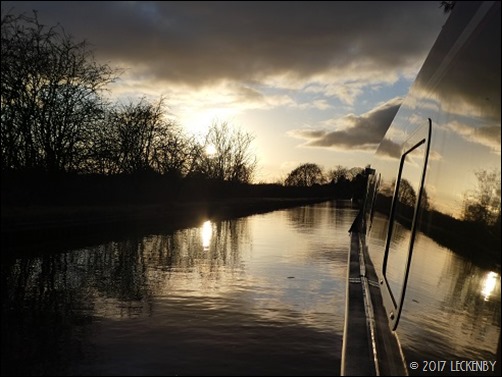 After an hour or so more of shore leave Tilly arrived home and jumped onto the roof as she does to announce her arrival. The engine board rocks slightly as she jumps up from it. Other than that it was all quiet, to quiet. Where was her bell? Where was her collar? Where was her visa allowing her shore leave?  The circling Buzzards had caught up with me, tried to pick me up, only to get a beak full of collar! Luckily we have a spare collar, which was easy to find, but her spare cat tag was nowhere. An old one will have to do for the time being. But I don’t live on Lillian anymore! A woofer does!
0 locks, 2.65 miles, 1 straight on, 2 big birds, 1 cat too much of a beak full, 2 border crossings, 0 elephants, 1 full water tank, 1 attempt at stove top potatoes failed, 1 new red collar, 1 reindeer bell, 5th pair socks started, 2 new tags on order.